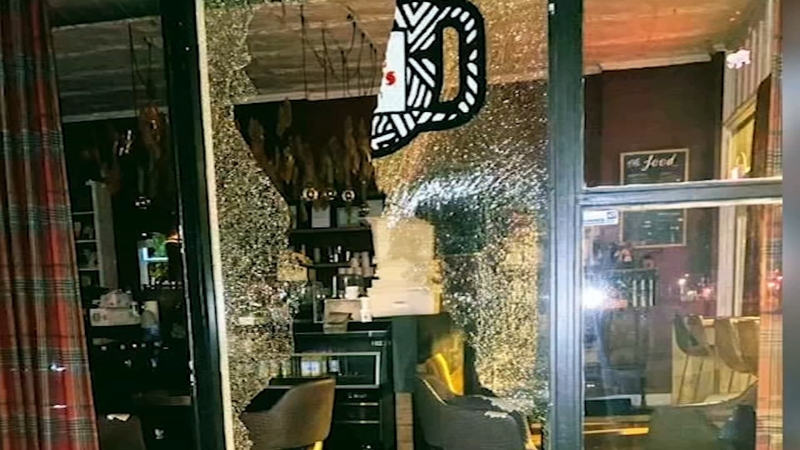 It's the second time in recent days that Uncle Bobbie's is forced to clean up from a break-in.

"We are just shocked. We are shocked," said owner Marc Lamont Hill.
Hill admits, he's heartbroken and frustrated someone targeted his business twice in the last three days.

"I am not sure who would do it. From what some neighbors have told me, it's younger people. What their motivation is, what they are trying to do, whether it is purely cash, whether there is something else attached to it, I can't say," said Hill.

The Philadelphia Chinatown Development Corporation has seen a downward trend in Chinatown business.

Images from Facebook show some of the damage. Police say the first incident happened July 26. Officers say someone broke a window and got away with several hundred dollars and other items. Then July 29, criminals struck again.

This time, only a window was broken and nothing was taken.

"I didn't think I was being targeted the first night but two times in three days, four days, you have to start asking different questions. I don't know but it is certainly a possibility," Hill said.
The business has been closed since the COVID-19 pandemic and loyal customers are anxious for it to reopen. They were alarmed to hear about the recent burglary and vandalism.

"That is just devastating and they don't deserve it. They certainly are pro-neighborhood, pro the struggles of the people," said customer, Joan Roush.

The Flyers will be awarding half a million dollars in free advertising to five, local businesses impacted by COVID-19.

As police continue to investigate, employees are reviewing the store's security cameras.

"The bigger question is for, is not even who is on the camera but what is going to happen next. If it has happened twice, will it happen three times, will it happen four times," Hill said.