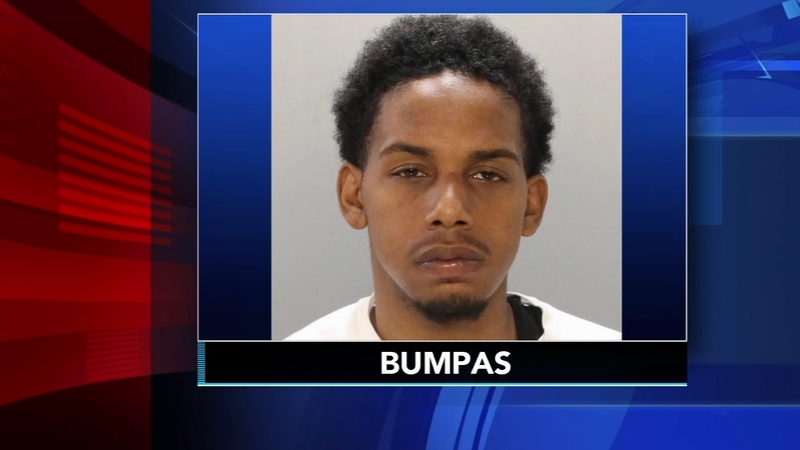 PHILADELPHIA (WPVI) -- A man has been arrested and charged with the shooting death of a pregnant woman in North Philadelphia.

Razique Bumpas of the 4000 block of Maywood Street was arrested around 4:39 p.m. Monday.

He is charged with the murder of both 39-year-old Ishan Charmidah Rahman and her unborn baby.

The shooting happened Friday around 5:55 p.m. at 9th and Dauphin streets.

Police say at least two to three men began firing shots at a silver minivan occupied by Rahman and a man in his 40s.

Rahman was shot once in the chest. She was taken to the hospital by the man who had been shot in the chest and left shoulder.

She died at the hospital. An emergency C-section was performed but the baby was pronounced dead, according to police.