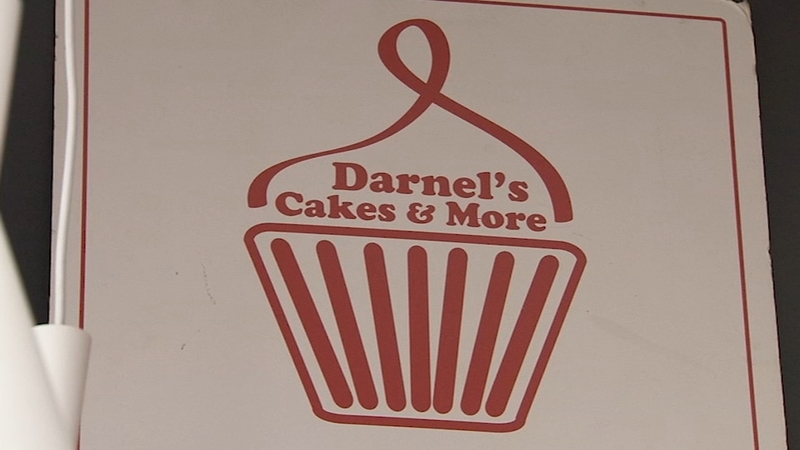 PHILADELPHIA (WPVI) -- For pride month, many businesses across the region are showing their support for the LGBTQ community, and that includes a brand new bakery in Northern Liberties.

Back in 2013, Kyle Cuffie-Scott's cousin, Darnel, passed away due to complications with HIV and AIDS - which he says left him feeling shocked.

"A lot of feelings there, but I didn't know what to do with them," Kuffie-Scott said.

He says he decided to hold a bake sale fundraiser to support the LGBTQ community as a tribute to his cousin.

"That happened in 2015 for World AIDS Day and that's kind of where it started," he said. "I reached out to COLOURS - they're a local black, gay, lesbian, all the letters - organization. I donated the funds at that point to them."

After the bake sale, Cuffie-Scott started selling his baked goods at a farmer's market in Lansdale.

In late May, Cuffie-Scott opened a brick and mortar location of his business, Darnel's Cakes, on North Third Street... named in honor of his late cousin. He is offering a variety of baked goods, along with an expanded menu of lunch items.

"And on the savory side lately we've been doing biscuits, biscuit sandwiches," he said.

Cuffie-Scott says he is working towards giving back more in the future as his business grows.

"I know I want to do that. It keeps me going. Our younger black gay population is at a bigger disadvantage, so we need more help to reach out to them," he said. "But the awareness of everything is kind of what's important."

Cuffie-Scott says the overarching theme of his business is food and activism. He's bringing much awareness to HIV and AIDS relief.

Darnel's is focusing on the weekends for now, offering a Friday night happy hour menu and opening Sundays starting at 11am until sell out - so get those pre-orders in.