MLW's Alexander Hammerstone answers 6 questions about this weekend's event and the return of fans.
WPVI
By Brock Koller

PHILADELPHIA (WPVI) -- If you are not an avid wrestling fan, or even if you're a casual viewer of the sport, you may not be aware of this but Philadelphia could be considered the epicenter of the wrestling world right now.

By the end of the week, four major wrestling promotions will have held an event in Philly in one month. And one important part: wrestling fans are back in the arenas.

For months, due to the COVID-19 pandemic, pro wrestlers grappled on their respective TV programs in front of virtual fans, their coworkers, or no crowd at all.

In fact, one of the last big WWE events prior to the pandemic shutdown was held in Philly on March 8, 2020.

But now the squared circle, its superstars and storylines, are back in the City of Brotherly Love.

In September, Ring of Honor held its Death Before Honor show in South Philadelphia.

Last Friday, WWE made its return to the Wells Fargo Center with Smackdown.

AEW, a relatively new brand that is getting top TV ratings and mainstream buzz, is bringing its Dynamite anniversary show to North Philly on Wednesday. (Former WWE star Bryan Danielson (Daniel Bryan) spoke with 6abc about his game-changing move and more - look out for that interview soon.)

MLW's fighters will be brawling inside the historic 2300 Arena, the former ECW Arena, which has been home to countless wrestling moments since those extreme days back in the 1990s. New Japan Pro Wrestling will have an event in the same arena on Oct. 16 & 17.

6abc caught up with one of MLW's biggest names, National Openweight Champion Alexander Hammerstone, to ask him six questions prior to his main event title vs title match - which is being called "The Most Anticipated Fight of the Year." 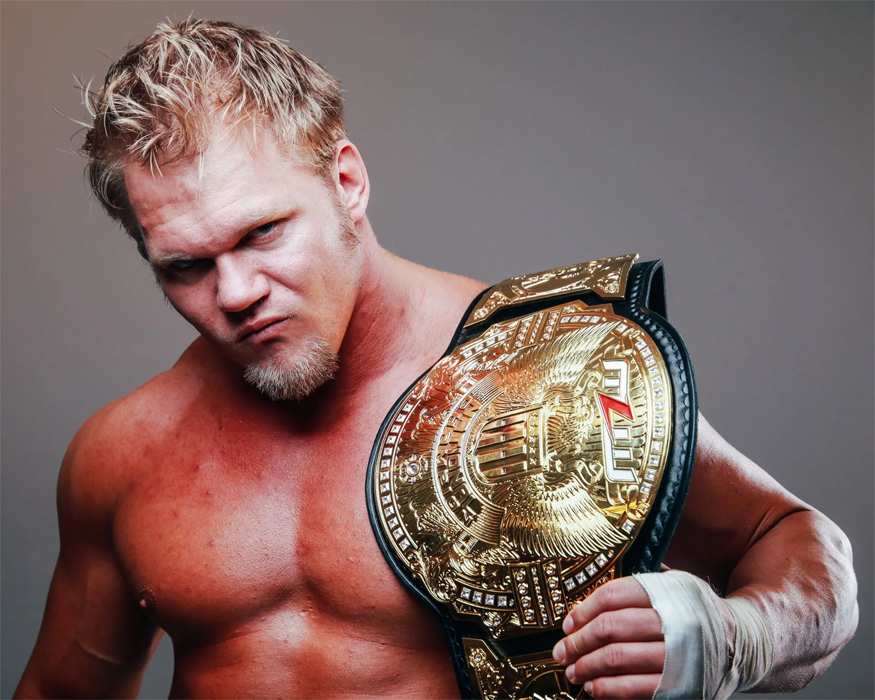 6abc: 1. Wrestling fans are back in attendance at events. How important are the fans to a show like Fightland?

Alexander: It makes a world of difference. I credit the energy the fans brought in Battle Riot as the reason I was able to push through and win. I think Fightland is going to be much of the same story.

Alexander: Philly fans tend to be a bit more wild, and a bit harder to win over. But once you have 'em in your corner, they are very loyal to their favorites.

6abc: 3. For fans who are only familiar with WWE, what sets MLW apart?

Alexander: I think first and foremost a fusion of more widespread styles. Not only that, the wrestlers have a lot of freedom to present themselves as they want to and I think that really shines through and creates a genuine product.

6abc: 4. Major League Wrestling has made the 2300 Arena, the former ECW Arena, its Philly home. What's it like to wrestle in a building that has such rich wrestling history?


Alexander: It's just the much more that adds to the entire vibe of the event and night that makes things feel a little extra special.

6abc: 5. At Fightland, its title for title. You vs. Jacob Fatu. It's being dubbed "The Most Anticipated Title Fight of the Year." Does that give you added pressure to make sure you bring your best on October 2?

Alexander: 100%, it's the most pressure I've ever felt for a match. I want to show my best. I want to win. I want to represent the company in a way that makes everyone proud. But the pressure hasn't broken me yet, and if anything, I'm feeling more ready than ever.

It’s the most anticipated title fight of the year. Title vs Title. Hammerstone vs Fatu. And you can catch it on Thursday, October 7th at 10 PM on @VICETV. #FIGHTLAND

6abc: 6. What is the ultimate career goal for Alexander Hammerstone?

Alexander: I tend to take things one step at a time. Right now the world championship is obviously my focus. But realistically I want to create a legacy that outlasts my days in the ring and is something I can be proud of for many years to come.

MLW Fightland takes place Saturday, Oct. 2 at the 2300 Arena in South Philadelphia. It can also be seen on Oct. 7 on ViceTV.