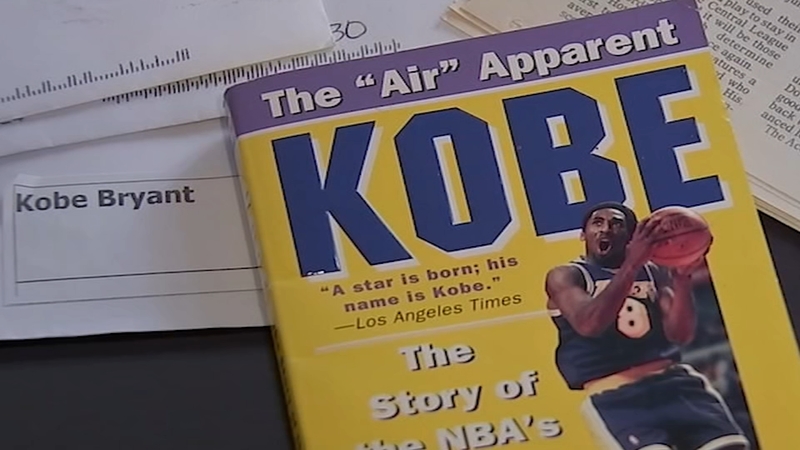 WYNNEWOOD, Pennsylvania (WPVI) -- It's truly a one of a kind home. It's the place NBA legend Kobe Bryant grew up. The Wynnewood home along Remington Road can be yours for the asking price of $899,900.

"He moved here in eighth grade. He went to Lower Merion High School and it's where the 'Mamba Mentality' began," said TJ Sokso with Compass Real Estate.

This is the place Kobe once slept, ate, spent time with his family and likely spent countless hours practicing basketball.

"It certainly is a huge draw, especially knowing that we have the original hoop and we have some more artifacts inside that are really part of the Bryant tradition and history," said Sokso.

Inside the family office, Sokso stumbled on a hidden treasure.

In a pile of old newspapers and books, he discovered a magazine autographed by NBA superstar Michael Jordan to a young Kobe Bryant.

The current owner is ready to move on but says it was an honor to live in the home where Kobe once lived. She is hoping the next owner will enjoy the home as much as she did.