Alex Malarkey in 2009, who became the basis of the best-selling "The Boy Who Came Back From Heaven." Malarkey wrote in a letter that his story was fake. (Tony Dejak / AP)

A boy whose inspirational tale about going to heaven which became a religious best-seller admitted that his story was fake.

Alex Malarkey, subject of the best-selling 2010 book "The Boy Who Came Back From Heaven," admitted to the website Pulpit and Pen that his story was a fabrication. Alex was in a coma for two months in 2004 after suffering paralyzing injuries in a car crash. After Alex awoke from his coma, he claimed to have visited heaven and had met Jesus.

"I did not die. I did not go to Heaven," Alex told Pulpit and Pen in a letter titled "An Open Letter to Lifeway and Other Sellers, Buyers, and Marketers of Heaven Tourism, by the Boy Who Did Not Come Back From Heaven." The rest of Alex's letter is below. 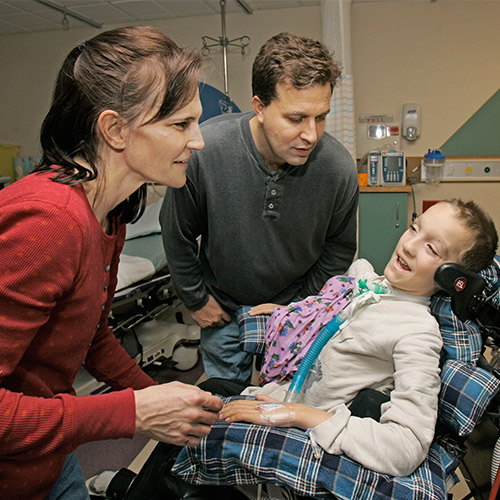 "I said I went to heaven because I thought it would get me attention. When I made the claims that I did, I had never read the Bible. People have profited from lies, and continue to. They should read the Bible, which is enough. The Bible is the only source of truth. Anything written by man cannot be infallible."

It is only through repentance of your sins and a belief in Jesus as the Son of God, who died for your sins (even though he committed none of his own) so that you can be forgiven may you learn of Heaven outside of what is written in the Bible...not by reading a work of man. I want the whole world to know that the Bible is sufficient. Those who market these materials must be called to repent and hold the Bible as enough. In Christ, Alex Malarkey."

Beth Malarkey, Alex's mother, posted on her own blog in April 2014 blasting the memoir and its continued promotion. "It is both puzzling and painful to watch the book The Boy who Came Back from Heaven (sic) to not only continue to sell, but to continue, for the most part, to not be questioned," Beth said. Beth also goes on to discuss how Alex had revealed to a "pastor" how wrong the book was and that it needed to be stopped, but that Alex was told that his book was "blessing" people.
"Alex's name and identity are being used against his wishes... How can this be going on???" Beth wrote in her post.

According to The Washington Post, publisher Tyndale House has decided to take the book and all ancillary copies out of print. According to Pulpit and Pen, LifeWay Christian Resources, a major provider and marketer of the book, will be pulling it from their shelves as well.
Related topics:
religion & spiritualitybooks
Copyright © 2021 WPVI-TV. All Rights Reserved.
More Videos
From CNN Newsource affiliates
TOP STORIES