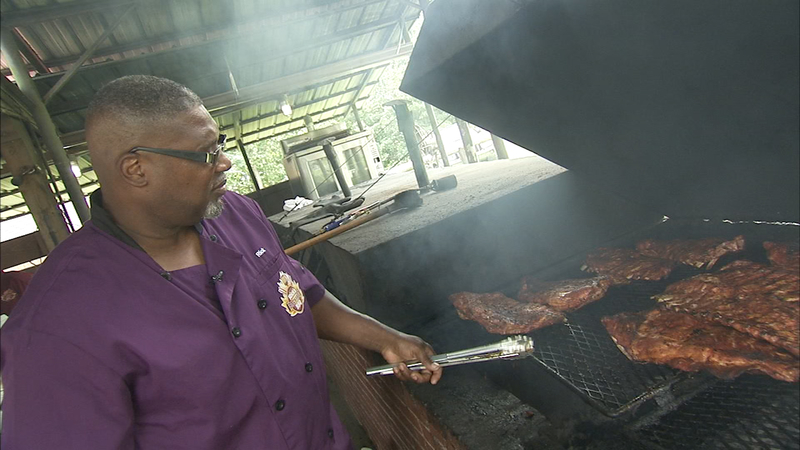 Mizpah, NJ -- On one of the less-traveled routes to the Jersey Shore, there's a new pitmaster at an old outpost.

Richard Gray is working to continue a longstanding barbecue tradition in the small South Jersey town of Mizpah, between Philly and Atlantic City.

Rick's Backyard BBQ & Grill is owned by Gray, a full-time bus driver for New Jersey Transit who decided to add the barbecue business to his already busy schedule.

He bought the outpost from former owner Dewey Johnson, who ran his business there for twenty-five years. Richard grew up in the area and learned to grill watching his father cook at family barbecues in their backyard, hence the name.

Now he does almost all the cooking and is known for his ribs. He expanded the space with a big screen TV and music and plans to continue the barbecue tradition as long as possible.