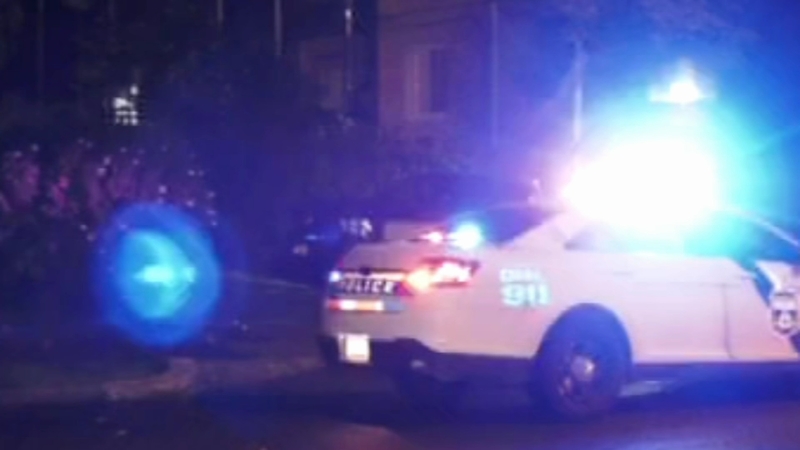 PHILADELPHIA (WPVI) -- Philadelphia police noted the increase in teen violence on the streets Wednesday during a press conference about the arrest of one of the suspects accused in the murder of Kristian Marche.

Those who track crime say traditionally when kids are out of school in the summer months violence increases.

Teen on teen violence has dominated headlines this summer in the city of Philadelphia.

Philadelphia Police Lieutenant Norman Davenport said, "Something needs to be done to address the violence in the city especially involving our teens."

On Wednesday, two suspects, 15 and 16 years of age, were arrested in the shooting death of 18-year-old Kristian Marche.

Across the city, there have been numerous cases where the shooters and victims were under 18. In some, multiple youngsters were killed and wounded.

Mother reacts after son, 15, shot by 14-year-old in West Philadelphia. Bob Brooks reports during Action News at 4pm on August 21, 2018.

"We had a job in July where five people are shot, and of the five, four are teens. The number of shooting we've had through the city that kind of fits that mold," said Lt. Davenport.

Criminologist Caterina Roman is an associate professor at Temple University who tracks crime.

"The reason is we're not paying attention to the culture of violence; we're good at policing. Together we're not focusing on what we can do to stop youth from wanting to shoot, carry weapons," Roman said.

Roman believes the loss of two evidence-based programs in the city that included outreach to high-risk young adults has left a void.

"We're not saying how do youth get guns? How do youth decide that they're going to shoot guns?" she said.

Dr. Elizabeth Gosch, a child psychologist and professor at Philadelphia College of Osteopathic, says adolescence is a time when kids tend to be more impulsive.

Dr. Gosch says teenagers don't often understand the ramifications, especially those who regularly witness violence or are physically abused themselves.

Dr. Gosch says they are also seeing the impact of video games. Those teens that play have a high rate of aggression and isolation.