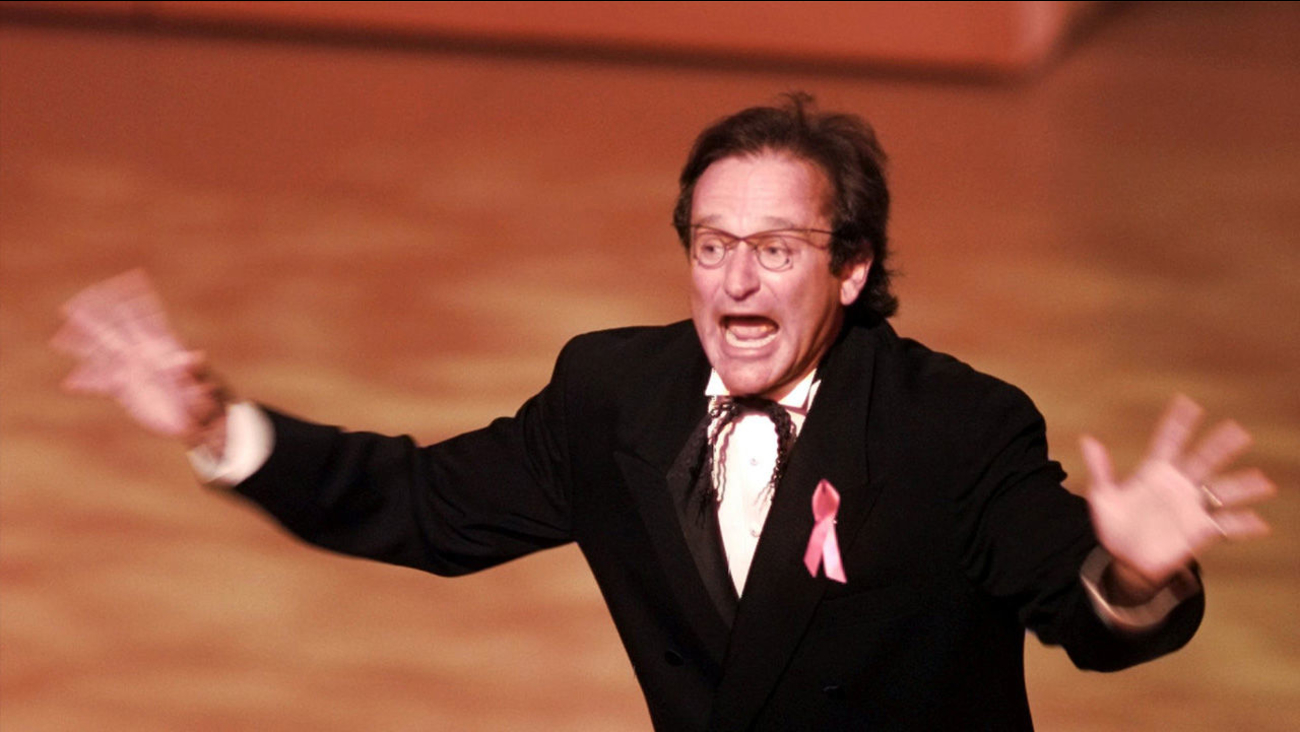 Williams performing at the 68th Academy Awards in 1995. (AP)

Robin Williams played many memorable characters over the years, but often times the funniest things he said weren't from a movie script, but his own insight and ideas. Williams made us laugh but also made us think, speaking with a cleverness and genuine quality. Here are Robin Williams' most memorable quotes.

"You're only given one little spark of madness. You mustn't lose it"


"I was once walking in an airport and a woman came up to me and said, 'Be zany!'. That'd be like walking up to Baryshikov and going, 'Plie! Just do a plie! Do it! Do a releve right now! Lift my wife!'"

"Stand-up is the place where you can do things that you could never do in public. Once you step on stage you're licensed to do that. It's an understood relationship. You walk on stage - it's your job."

"People say satire is dead. It's not dead; it's alive and living in the White House."

"Why do they call it rush hour when nothing moves?"


"I started doing comedy because that was the only stage that I could find. It was the pure idea of being on stage. That was the only thing that interested me, along with learning the craft and working, and just being in productions with people."

"You have this idea that you'd better keep working otherwise people will forget. And that was dangerous."

"Comedy is acting out optimism."