Experts say if a war begins, there's no telling what gas prices could rise to or when Americans could see relief.
WPVI
By Jaclyn Lee and 6abc Digital Staff 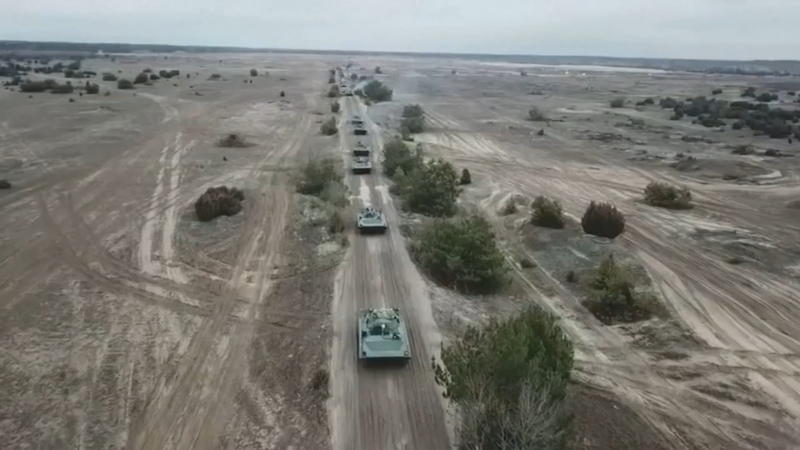 PHILADELPHIA (WPVI) -- The likely invasion of Ukraine by Russian forces is poised to have ripple effects not only in Europe but throughout the entire world, affecting Americans in their wallets.

"It will change the energy equation for much of the world because Europe, for example, gets a lot of energy from Russia, a lot of fossil fuel energy from Russia," said Lincoln Mitchell, a Columbia University research scholar. "If that changes, they'll have to get it from somewhere else. That will drive prices up. We are already are having a problem with inflation."

And American consumers are already battling rising prices at the pump.

"I don't even fill my tank up all the way, just fill up to whatever $30 give me," said Kevin Frias of North Philadelphia.

Gas prices are soaring to levels not seen in eight years, caused mostly by the situation in Eastern Europe.

"We're looking at tension, we're looking at an imminent attack in an oil-producing region, and that is what will likely drive crude oil prices up even further," said Jana Tidwell, AAA spokesperson.

"It will affect the global economy negatively. It will lead to the refugee crisis, it will weaken the United States globally because almost certainly at least on some level, Russia will be seen as getting its way," said Mitchell. "And it potentially could have a tremendously destabilizing affect on the region because this is not going to be an easy war. This isn't Russia just rolling some takes and taking over a small country. Ukraine is a big country with 40 plus million people with an ability to resist with a strong army of its own."

Experts say if a war begins, there's no telling what gas prices could rise to or when Americans could see relief.