"It's really difficult for all of us," said Arthur of Northeast Philadelphia. He immigrated from Moscow in 1981.
WPVI
By Maggie Kent 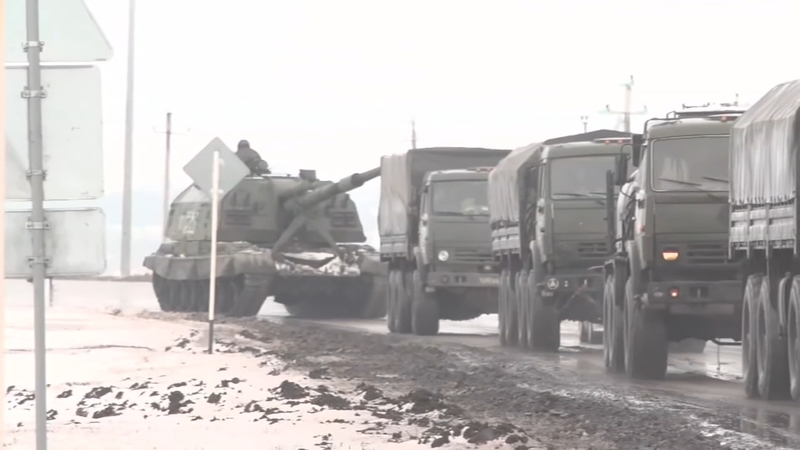 PHILADELPHIA (WPVI) -- Even with graphic images and reports coming out of Ukraine, it's difficult for immigrants from both Russia and Ukraine to wrap their heads around the war.

For some Russian-Americans, the connection to Ukraine is a familial one.

"It's really difficult for all of us," said Arthur of Northeast Philadelphia.

SEE ALSO: 'It is so scary': NJ family speaks with loved ones hiding in basement of home in Ukraine

He immigrated from Moscow to the United States in 1981 and opposes the war.

"Most people have families in Ukraine and brothers and sisters in Russia," he said.

Andre Krug is Ukrainian. He serves immigrants from both countries at KlienLife Community Center in Northeast Philadelphia.

SEE ALSO: Ukraine seeks to join European Union as round of talks with Russia ends


"There was never even a hint of an idea that Russia would be fighting Ukraine because of how close we always were," said Krug, President and CEO of KleinLife "It's just bizarre. It's doesn't, it doesn't compute."

Mitchell Orenstein, professor of Russian and Eastern European studies at the University of Pennsylvania, said many people in Russia are shocked by the news.