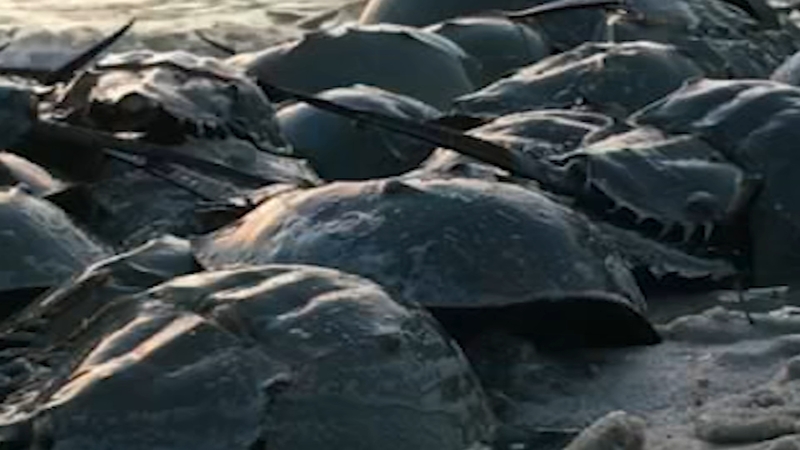 Horseshoe crabs, the Jersey Shore and the race for a COVID-19 vaccine

The waters off the southern tip of New Jersey are the horseshoe crab capital of the world.

The creepy looking critters have been around about 450 million years and are in high demand from pharmaceutical companies.

Horseshoe crab blood is hypersensitive to dangerous bacteria that can develop in injectable medicines and vaccines.

Now, the prehistoric creatures are playing a key role in a massive inoculation campaign involving several drug companies racing to develop, and gain approval for, a COVID-19 vaccine.

David Wheeler, Executive Director of the Conserve Wildlife Foundation, said since the horseshoe crab is a protected species, pharmaceutical companies are only allowed to collect the crabs and extract their blood.

"There are certain numbers that are allowed. There's a certain percentage of blood that they're able to take, about a third. And then they're supposed to be returned to the environment," he said. "Our concern is that there's never been any real transparency."

Pharmaceutical officials estimate between 3% and 5% of the crabs die in the process.

The reason it matters is not just the risk to the horseshoe crab population, but also the threat to migratory birds that depend on the crabs' eggs in the Delaware Bay for food as they travel round-trip between the Arctic and South America.

"For some reason, the US pharmacopeia has basically placed so much restriction on RFC that it's going to take years to get it approved," he said.