Search for suspects after shootout outside Springfield Mall 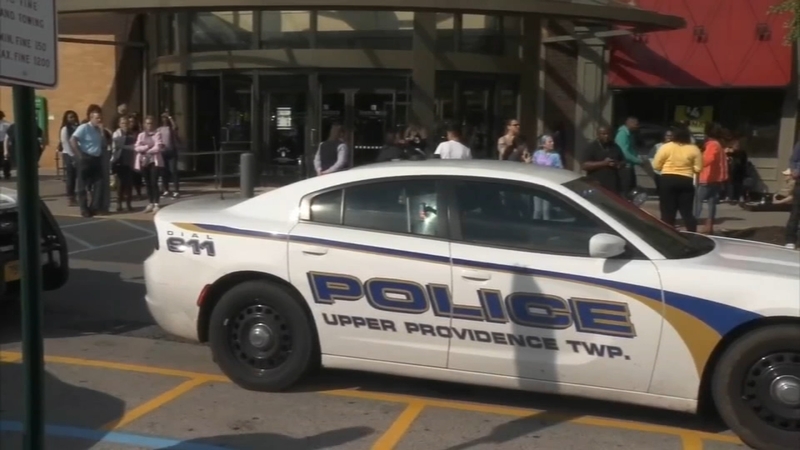 SPRINGFIELD TWP., Pa. (WPVI) -- The search continues in Delaware County for the people involved a shootout in a crowded parking lot at the Springfield Mall.

Moments after the gunfire around 1 p.m. Saturday, children in their Halloween costumes quickly made their way through the mall with their parents; all had their hands up at the order of police.

There were crowds of nervous shoppers running out and yelling when the shots were heard.

Mall employee Ciani Hamilton said, "Once they started shooting you could see everybody running."

A bullet pierced through the windshield of a parked car outside.

One witness said, "There were glass and bullet casings all around my car."

Police say it all started when two groups got into a fight inside the mall. When the fight moved outside, someone opened fire. Investigators believe shots were fired from both sides.

Springfield Mall closed after report of shots fired outside, Maggie Kent repots during Action News at 10 p.m. on October 20, 2018.

Witness Barbara Gaines said, "We saw a group of guys get into an argument. They started to push one another, follow one another and kind of agitate each other. Maybe about five minutes later, we saw a crowd of people being pushed into the surrounding stores and told to leave the mall."

Shoppers and store employees were told to shelter in place while each store was cleared.

"They told us to shut the gate, lock down, and sit in a closed area where it's secure," added Hamilton.

The Springfield Mall was shut down for the remainder of the day. Throughout the evening, shoppers were turned away by security at the front entrance.

Police are hoping surveillance video from both inside and outside the mall will help them find the vehicles the shooters.

The mall reopened on Sunday at 11 a.m.