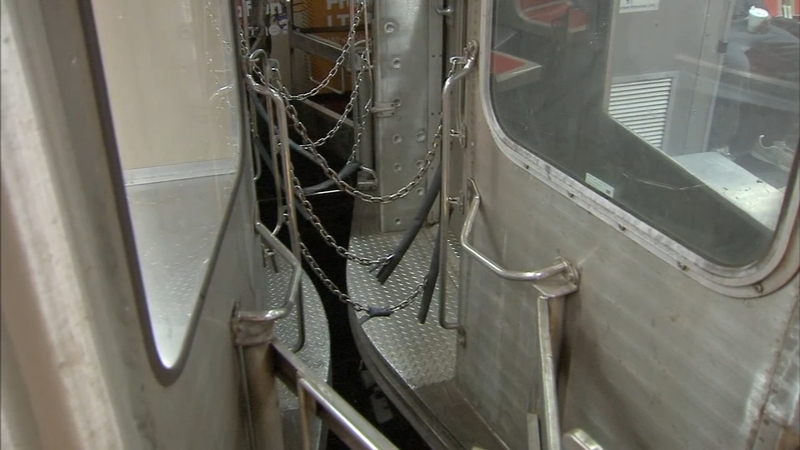 SEPTA investigates death of boy who fell between subway cars

NORTH PHILADELPHIA (WPVI) -- Investigators from the National Transportation Safety Board arrived at SEPTA headquarters Monday to examine the death of a 7-year-old boy who was killed after he fell passing between subway cars Sunday night.

The boy was traveling south from Allegheny Station on the Broad Street Line, accompanied by his 11-year-old brother and a 26-year-old man.

"His brother came back and started crying because the little boy had fallen," a witness told Action News.

Passengers said the 7-year-old boy was selling candy from car to car when he stepped in between cars and that is where the accident happened.

SEPTA police said tragedies like this are why transit officers issue warnings to riders about passing through.

"The walkway between train cars is not a safe passageway for people to use," said SEPTA Transit Police Chief Tom Nestel.

After witnessing this deadly accident, several passengers expressed a desire for SEPTA to change its train cars. SEPTA said its train connectors are standard among subway systems across the nation and that shutting in passengers is not a viable option.

"It's a safety matter to keep those doors unlocked for emergency evacuations," said Assistant General Manager SEPTA System Safety Jim Fox.
Transit police said at this hour there is an ongoing criminal investigation.

At this time, no charges have been filed.

The boy's family has requested privacy. The victim's name has not officially been released.