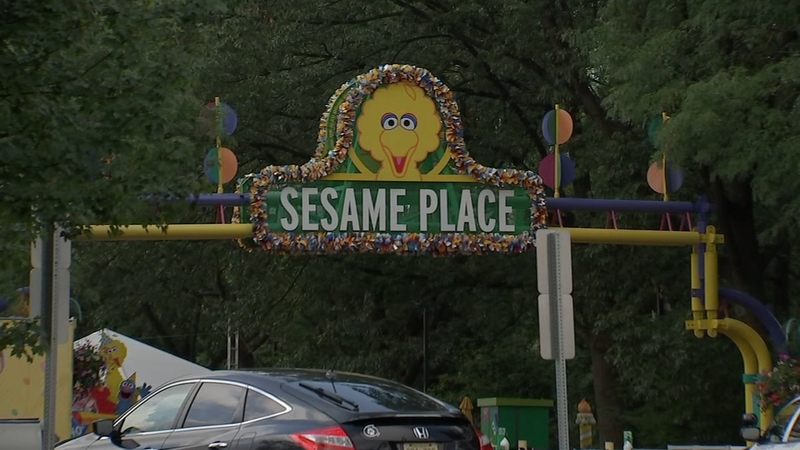 The incident happened around 5 p.m. Sunday at the amusement park in Langhorne. Sesame Place reopened this summer with a strict mask policy in place.

Police said the 17-year-old reminded a male and female guest about the mandatory mask policy.

According to police, the two guests responded to the request in an aggressive manner, closing the distance on the teenager which caused him to back up.

Police said both guests then struck the 17-year-old Sesame Place employee in the face, knocking him to the ground.

"He was aggressively punched by both the female and the male," Middletown Township Police Lieutenant Stephen Forman said.

The male and female guest, along with their party, then exited the park.

"A 17-year-old working at a children's theme park, trying to earn extra money for school, for college, etc., should not be subjected to a violent physical assault," Forman stated.

The teenager was taken to nearby St. Mary Medical Center where he underwent surgery for injuries to his jaw and teeth.

"Working with Sesame, recovering all of their video and reservations forms because people have to buy the tickets in advance now, we were able to get tentative ID's," Forman explained.

Police said the couple fled in a car with New York plates. Middletown Township police are working with the New York Police Department and other agencies.

Once a positive ID is established, and the charges with extradition is approved by the Bucks County District Attorney's Office, detectives will seek arrests warrants.

Sesame Place released this statement on the incident:

"On Sunday, August 9, a guest assaulted and seriously injured one of our team members. We've been in close communication with the family of our injured team member, and are hoping for a full and speedy recovery. The health and safety of our guests and team members is our top priority, and violence of any kind is unacceptable and not tolerated at our park. We are cooperating with local law enforcement on this ongoing investigation. Any further questions should be directed to them."
Report a correction or typo
Related topics:
bucks countycrimeattackcoronavirussesame place
Copyright © 2022 WPVI-TV. All Rights Reserved.
TOP STORIES
Death toll rises to 21, mostly children, in TX school shooting
Uvalde school shooting: What we know about 19 kids, teacher killed
Union star surprises young fan with cleats after social media post
Off-duty Philadelphia police officer killed in motorcycle crash
Family identifies student stabbed at Coatesville High School
Senator begs for gun compromise after Texas school shooting: VIDEO
Radnor Twp. votes on preemptive abortion protection ordinance
Show More
Court battles go down to count deadline in Pa. Senate race
Watch Steve Kerr's raw, emotional plea after Texas shooting
Female ex-officers win $1M bias verdict against Philadelphia
Person shot by police outside Dollar General in Absecon
NOAA predicts above average hurricane season, releases storm names
More TOP STORIES News