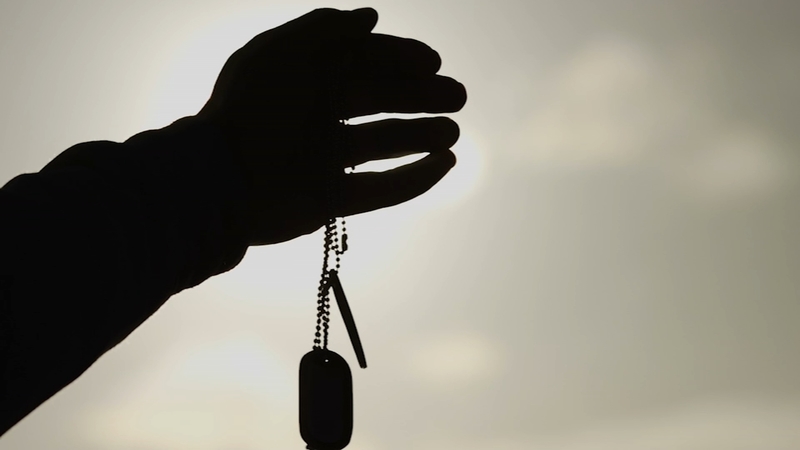 FORT BRAGG, N.C. -- The Army is threatening to pull its logo from replica dog tags made by a third-party company unless it removes biblical references from the tags.

It stems from a trademark issue with the Army. The tags are made by a private faith-based company, Shields of Strength, sold on military installations across the country.

"If you walk on any military base Fort Bragg, you name it, you're likely to see someone wearing a Shields of Strength dog tag or if you go to the base exchange you can get them there," said Michael Berry of First Liberty Institute; the company representing Shields of Strength.

Kenny Vaughn founded Shields of Strength. For 20 years, the company had a trademark agreement with the Army to use its logos for replica dog tags. Most recently, they sold a replica tag featuring the 82nd Airborne Division logo accompanied by a Bible verse Joshua 1:9 on the back. It's a personal memento that local veterans wished they had years ago.

"I think having that on the back of the dog tag brings comfort during a time of need," said one Army veteran.

The Army trademark agency is threatening to pull the plug on Shields of Strength. In an email obtained by ABC11 entitled "negative press," the Army's trademark office demanded that Shields of Strength remove all biblical references from products featuring the licensed Army logo.

The Army's complaint was influenced by another from the Military Religious Freedom Foundation, an organization that says it is "dedicated to ensuring that all members of the United States Armed Forces fully receive the Constitutional guarantee of religious freedom."

"You would think the most powerful military in the world would be able to withstand the complaint of an activist group thousands of miles away but apparently that's all it takes to bring the military to its knees," Berry said.

First Liberty Institute is representing Shields of Strength and sent a six-page response to the military demanding that it take a second look.

"When the Army creates the forum of licensing military logos, photos or emblem; they can certainly do that, but what they can't do is they can't discriminate against private entities and people on the basis of their religious beliefs," Berry said.

ABC11 reached out to the Army for comment, and a public affairs representative provided the following statement:

"The Army can confirm receipt of the letter. We are looking into the matter."