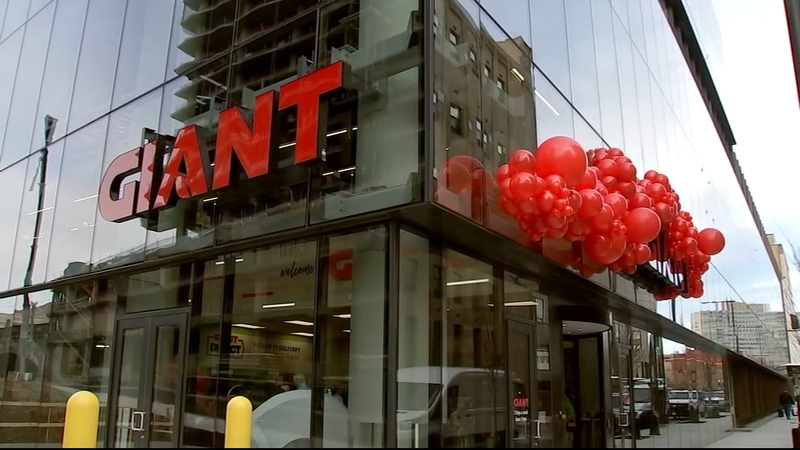 The new store, along the Riverwalk and N. 23rd Street, will offer several services that aren't offered at other Giant locations, including a Food Hall with Philadelphia's favorite Mission Taqueria.

The Riverwalk Giant will also have a beer garden, an outdoor terrace and a self-serve tap wall.

The new store is expected to employ 200 people. It is the Giant company's fifth Philadelphia location.

The grand opening kicked off with a celebration and a long line of customers waiting to get in.

"We traveled all across the country to find out what was going on, what was good in other big cities. We took those ideas, we made them better and here you are Philadelphia," said Giant President Nicholas Bertram.

Running this location is a big step for the store manager, who has worked her way up through the company.

"When I started 22 years ago as a part-time cashier, never did I imagine that here I would be today," said Store Manager Jessica Fischer.

Another part of the grand opening involves a $150,000 donation to local organizations, including a major commitment to Mural Arts Philadelphia to create a food justice mural.

"I just think that art should be everywhere and that a project like this helps reinforce the idea that Philadelphia is an outdoor museum, but one with meaning," said Mural Arts Executive Director Jane Golden.

Another symbolic step with the grand opening is that it's happening during the pandemic.