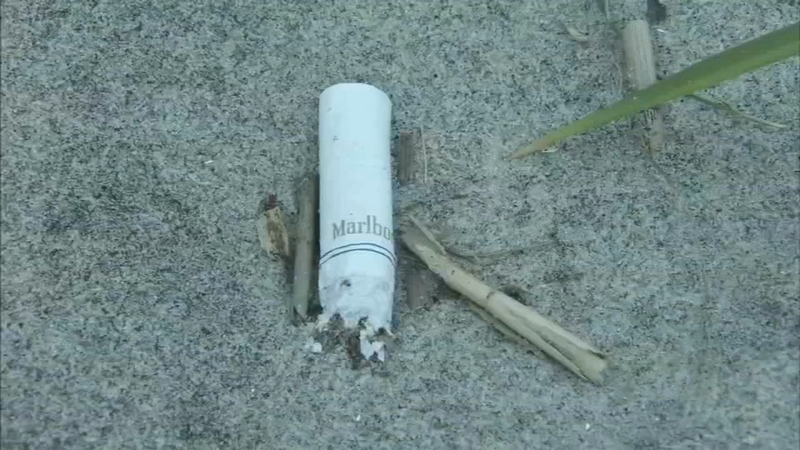 TRENTON, N.J. -- A ban on smoking at public beaches, a state mandate for health insurance and the ability for courts to take away guns from people who pose a danger are among the laws going into effect in the new year in New Jersey.

There are about two dozen new laws taking effect in 2019, according to a tally kept by the nonpartisan Office of Legislative Services.

A handful of them grabbed headlines when they passed.

One law that drew attention makes it easier for transgender residents to get amended birth certificates.

A closer look at some of the laws that go into effect in 2019.

Democratic Gov. Phil Murphy signed the bill banning smoking at the state's public beaches and parks in July, though local communities can opt out and designate small smoking sections.

The law doesn't specify who will be responsible for enforcing it. Murphy said it shouldn't be lifeguards, but he left it up to towns to decide. Senate President Steve Sweeney, who sponsored the bill, said lifeguards or local police could be called on to enforce the ban.

The ban also bars vaping but allows towns to set up smoking areas on 15 percent of any given beach or park. Smokers will also be allowed to light up in parking lots.

The legislation was in response to a 2017 federal tax overhaul that wiped out the Affordable Care Act's mandate to carry insurance.

Residents face a penalty of 2.5 percent of income or $695 per taxpayer, whichever is greater. A family's maximum penalty is $2,085.

Roughly 800,000 have insurance through the Affordable Care Act and the expansion of Medicaid.

Murphy signed a package of gun violence-related bills in June that he and legislators said amounted to New Jersey's response to a national crisis.

One of those bills goes into effect Sept. 1.

The law authorizes family or household members or a police officer to petition the court for the order.

Under a new law that takes effect Feb. 1, it will now be easier for New Jersey transgender residents to change their genders on their birth certificates.

Murphy signed the bill in July.

Previous law allowed birth certificate changes only if a doctor certified that a person's sex was surgically changed.

The new law allows the registrar to amend certificates based on how people identify themselves, as male, female or undesignated.