The Flyers and Canadiens have split their previous six playoff meetings,. 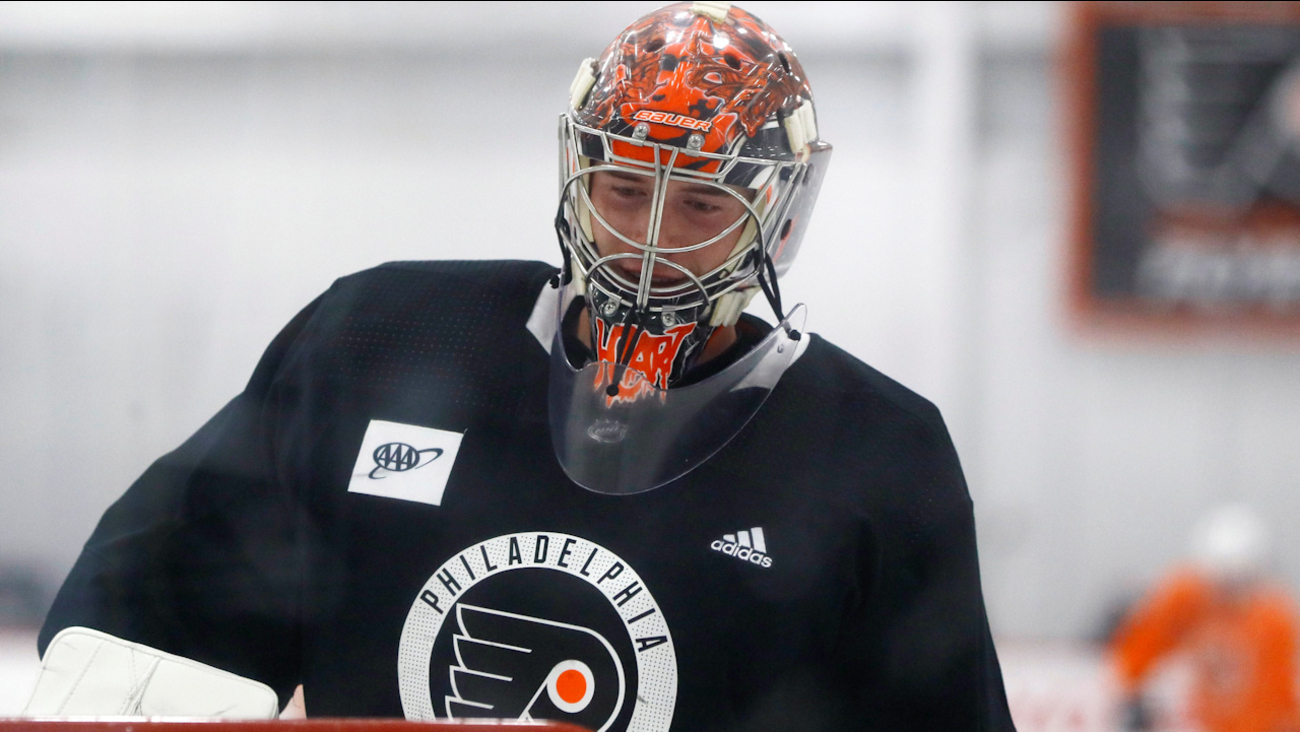 PHILADELPHIA -- Alain Vigneault often has a dash of James Bond in him when he closes his news conferences.

"I'm going to have a martini," Vigneault says, "and enjoy the win."

The Philadelphia Flyers have both shaken and stirred their way to plenty of wins this season in Vigneault's first season on the bench.

Here's the twist - the Flyers were the hottest team in the NHL entering the pandemic break and the best team coming out of it, good enough to earn a No. 1 seed and a series with the Montreal Canadiens in the Eastern Conference playoffs.

Vigneault like his martinis with 4 ounces of vodka, a splash of dry vermouth and two olives with 1/2 ounce of olive brine juice to give it the dirty flavor. Easy enough. His recipe for success in Philly?

Well, Vigneault fine-tuned his methods with the New York Rangers and Vancouver Canucks, teams he led to the Stanley Cup Final. Behind a franchise goalie and deep, talented lines, he turned the Flyers into one of the betting favorites to win the organization's first championship since 1975.

For a decade, the Flyers have languished in mediocrity, without a serious playoff run, coaching stability or any real reason for Philly fans to get behind them.

It showed in the East standings - sometimes near the bottom - and in the bottom line - where attendance plummeted.

The Flyers tried a college coach, built a rage room for their frustrated fans and cycled through a series of can't-miss prospects who somehow missed.

But look around now - or up in Toronto where the games are played in one of the two NHL bubble cities - and Vigneault has a team bubbling with championship talent. Carter Hart, only 21 has played every bit like the franchise goalie the Flyers expected. He allowed just two goals on 59 shots in the round-robin series that helped the Flyers go 3-0 and clinch the top seed in the East. His .914 save percentage was tied for eighth in the regular season.

Their depth was astounding, never more-so than in a 3-1 win over Washington when Scott Laughton had two goals and an assist, Kevin Hayes had three assists, and Travis Konecny had two assists. That production took the load off stars Claude Giroux, Sean Couturier and Jake Voracek as they look to get hot in the playoffs after they each failed to score in round-robin play. The Flyers still outscored Boston, Washington Capitals and Tampa Bay 11-3 in the round-robin.

"We have different guys throughout the lineup that can make a difference on any given night, so it's nice to have that depth," Couturier said. "Every line just has to play the right way and not be a liability. Someone's going to step up at the right time."

Let's take a look at what else matters before Game 1 on Wednesday night.

Who expected the Canadiens to be here? Montreal was the last team in the East to qualify for the expanded playoffs, and then needed four games to win its best-of-five series over Sidney Crosby and the Pittsburgh Penguins.

The Flyers and Canadiens have split their previous six playoff meetings, with Philadelphia most recently beating Montreal in five games in the 2010 conference finals. Montreal was 1-0-2 against Philadelphia this season, including a pair of overtime losses in November. The Canadiens beat the Flyers 4-1 in January. That's a long time ago in a season where past results matter less than ever.

"We're going to have to continue to solidify ourselves as a team, because the team that we're playing, and I'm saying this honestly, is probably the best team I've seen here so far," Montreal coach Claude Julien said.

"It's going to be a real good challenge for us, so you hope that what happened in the first round is going to help you get through the second round here."

Hart grew up in Alberta, Canada and has been a long-time fan of Montreal goalie Carey Price, who dazzled in the NHL restart. Price had a shutout against the Penguins and had an elite series that keyed the stunning series win.

Hart would love to outplay his idol and bring the Cup back to Philly. Hart was just 6 years old when the Canadiens made Price a first-round pick in the 2005 draft.

"He was my favorite goalie growing up," Hart said. "Just had the chance to meet him the other week and talk with him for the first time. That was something pretty cool. For your first playoff series, playing against Carey Price will definitely be a lot of fun."

The Flyers went 0-for-11 on the power play in the round-robin. That's just one off from Montreal's ineptness - 0-for-12 against Pittsburgh.
Report a correction or typo
Related topics:
sportsnhl playoffsaction news sportsstanley cupphiladelphia flyers
More Videos
From CNN Newsource affiliates
TOP STORIES