Baseball's LeBron? How we were right -- and wrong -- about $330M man Bryce Harper

For most of us, the Bryce Harper Story began almost a decade ago with a headline: "Baseball's LeBron." In Tom Verducci's profile of a Las Vegas teenager who was so much better than everybody else, we were offered that rarest of baseball phenomena: the predictable prospect.

Sure enough, Harper's journey through the next 10 seasons justified the confidence. He was the Golden Spikes winner in his lone year of college, then the first pick in the MLB draft, then the game's top minor league prospect, then the Rookie of the Year, then the MVP of the National League, and now (after a moderately surprising delay) he has landed the biggest contract in baseball history. He will earn a lot of money to be, relatively speaking, predictable.

But you can't predict baseball, and in some ways Harper's predictable baseball story has actually been more "baseball" than it has been predictable. For what looks like a foreseeable outcome -- his ending up here, now, as the player he is -- there have been plenty of surprises in this career.

There was a time when a fair number of us expected Bryce Harper to become an otherworldly ballplayer whom everybody would hate. Most notoriously, some anonymous scouts offered some extremely provocative quotes about Harper's makeup:

It's impossible to find any talent evaluator who isn't blown away by Harper's ability on the field, but it's equally difficult to find one who doesn't genuinely dislike the kid. One scout called him among the worst amateur players he's ever seen from a makeup standpoint, with top-of-the-scale arrogance, a disturbingly large sense of entitlement and on-field behavior that includes taunting opponents. "He's just a bad, bad guy," said one front-office official.

That was in 2010, two months before Harper was drafted by the Nationals and six months before his 18th birthday. There were a lot of healthy conversations among baseball writers and fans at the time about whether those supposed makeup concerns were relevant, permanent, accurate or even fair to discuss about a 17-year-old. But Harper was never, in those early years, without a bit of controversy over his white hat/black hat status: Cole Hamels famously hit him with a pitch just because, and Jonathan Papelbon famously choked him with his hands just because. Even in 2017, Hunter Strickland famously threw at him just because -- the "just because" being, presumably, that they all thought Harper was the villain.

But the surprise is that Harper's "makeup" never really barked. There aren't Bryce Harper scandals. He hasn't demeaned anybody. He doesn't instigate. He isn't generally bad-mouthed by people around him.

The bigger surprise, though, is not just that he didn't live up to those expectations, but that he actually stood up to the pressure of them.

Expectations are very powerful, especially in the shaping of public narratives. Hamels, Papelbon, Strickland -- they all went after Harper because of that early narrative. We were all poised to go after Harper. We were prepared to view even his slightest slights through the lens of "top-of-the-scale arrogance, a disturbingly large sense of entitlement." And he was 19, 20! It's incredible he made it to this point, where he's in control of his own storyline and seen, by and large, as a great thing for baseball.

You remember Harper's rookie season in 2012: After joining the Nationals in late April, he produced 5.2 WAR over 139 games, the highest WAR in history by a 19-year-old. For a teenager, just being in the majors is the notarized stamp of greatness; Harper's preseason projection, a .239/.304/.383 line, would have marked him as an almost certain future superstar. He destroyed that projection, hitting .270/.340/.477 with great defense and good baserunning.

That is an exaggerated, but telling, microcosm of Harper's career: He has hit highs that almost nobody in history could match. He also has routinely failed to reach even the conservative estimation of his talents. Here's another exaggerated, but telling, microcosm: Over the past four years he has hit .283, a strong batting average, but he has never hit within 30 points of .283, batting .330, then .243, then .319, then .249.

Or his WAR by year:

That 5.2, remember, is a record for a 19-year-old. The 10.0 pairs him with Barry Bonds and Sammy Sosa as the only National Leaguers to reach double digits since 1980. And those three that start with a one -- well, 2.0 WAR is scaled to be league average, so ...

There are circumstances behind the down years. He was injured in 2014, and when he healed, he won the next season's MVP award. He had terrible defensive metrics in 2018, but those are often unreliable over a single season. And anyway, the cumulative picture is of a very good player and an extremely good young player, one of the few dozen best ever through age 25. But it hasn't been smooth and steady. That's not necessarily good or bad, but it's surprising.

I can describe Mike Trout's offensive greatness simply enough: He has an incredible eye, he combines strength with an uppercut to hit a lot of homers, and he combines strength with great speed to have an incredible BABIP. Giancarlo Stanton is insanely strong, and he hits the ball insanely hard. Joey Vottoalso has an incredible eye (lots of walks, good hitters' counts) and incredible bat control (hits a ton of line drives). Harper's greatness is harder to describe, in part because where his offensive value comes from has been all over the place.

This wasn't exactly how it was supposed to go. The reason Harper was in the magazines was that he hit baseballs so, so, so far. "Multiple scouts have stated that they've never seen as much in-game power in a player so young," wrote Baseball Prospectus. He had an incredibly violent swing that he somehow controlled, and like a barnstorming Babe Ruth, he traveled around the country setting ballpark distance records. His greatness was supposed to be easy enough to describe.

But that's not what he has been, exactly. None of the following bullet points is without its limitations, but together they generally illuminate Harper's power output. In the past three seasons:

All of these are perfectly fine performances from a very good power hitter. But he hasn't been at the top of the scale. His power has been a good, not outrageous, tool.

What has been consistent is that the league has been terrified of him, almost from the start. He has consistently been near the bottom of the league in zone rate, the percentage of pitches he sees that are in the strike zone. Most of the names around him at the bottom of that list are aggressive hitters whom pitchers trust will go fishing, but Harper isn't much of a chaser. The league has pretty much always wanted to pitch around him, and he has been mostly willing to take those walks. He's an elite walker. That has become his signature skill.

It's no surprise the league's pitchers would come to fear Bryce Harper, the kid who might or might not have hit a baseball 570 feet when he was 15 years old. It is a surprise how much that fear itself, rather than baseballs hit 570 feet, has so far driven his production in the majors.

Harper was probably the most obvious first overall pick in history, and he lived up to that lofty selection. He also has been, arguably, the fifth- or sixth-best player in that 2010 draft. He trails fellow first-rounders Chris Sale and Manny Machado in career WAR, and Christian Yelich is basically tied with him. Second-rounder Andrelton Simmons has produced more WAR to date. So has a ninth-round pick who didn't even make his major league debut until he was already as old as Harper is now -- Jacob deGrom. Surprise!

None of those players' less predictable success takes anything away from Harper. The Nationals drafted a player they hoped would be a star, and they got a star. But baseball, even when it plays along, sneaks a bunch of mischief into the plot.

When Harper was 16, Sports Illustrated asked him what his goals were. "Be in the Hall of Fame, definitely. Play in the pinstripes. Be considered the greatest baseball player who ever lived." There's surprise No. 5: He's not in pinstripes. There will come a surprise No. 6, and a surprise No. 7 and a surprise No. 8 over the course of this megadeal. Harper has so far done everything he could to make baseball look predictable, but there's nothing predictable about baseball. The odds are good he's either going to be a lot better, or a lot worse, than his new bosses would dare forecast. Or both. Or neither, but in a completely unexpected way. 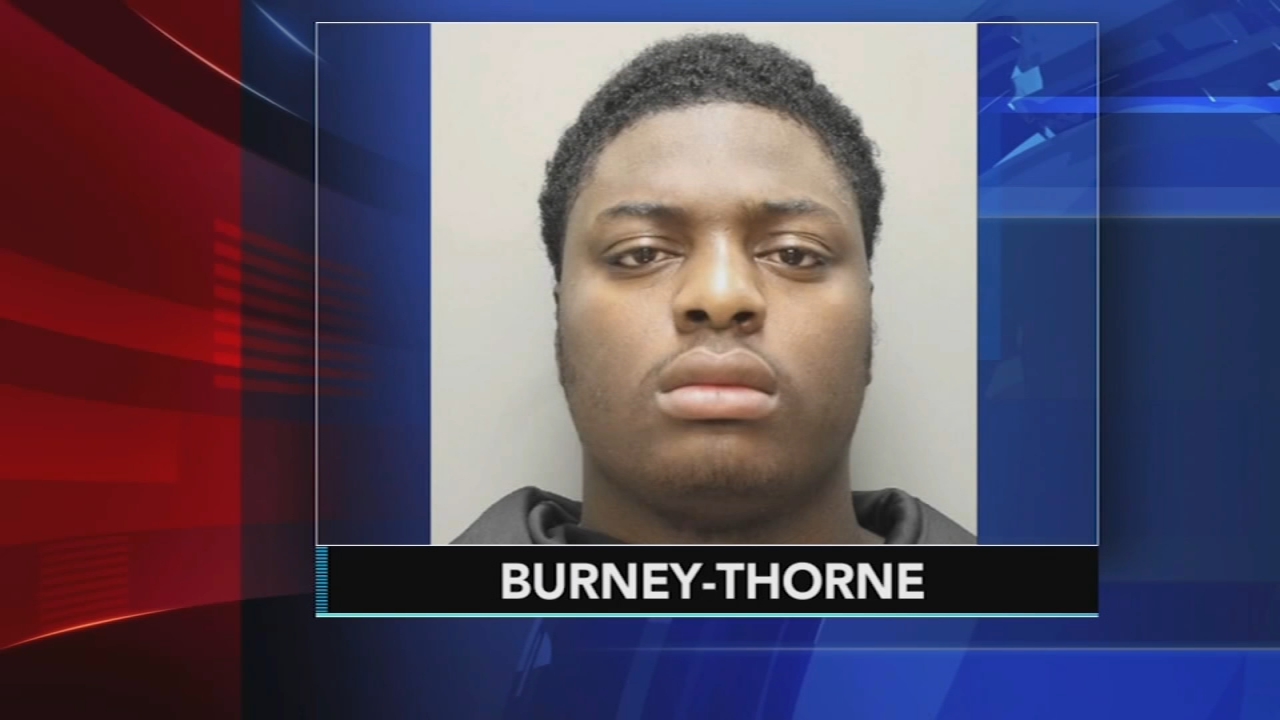 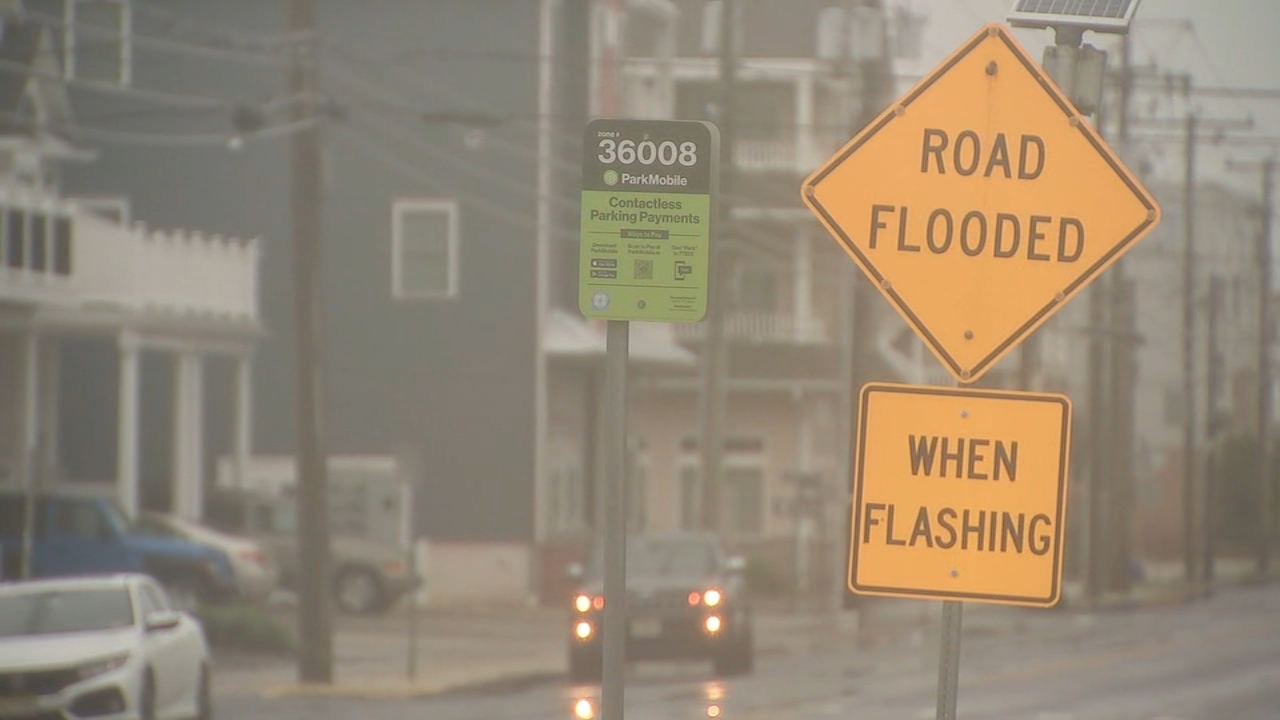