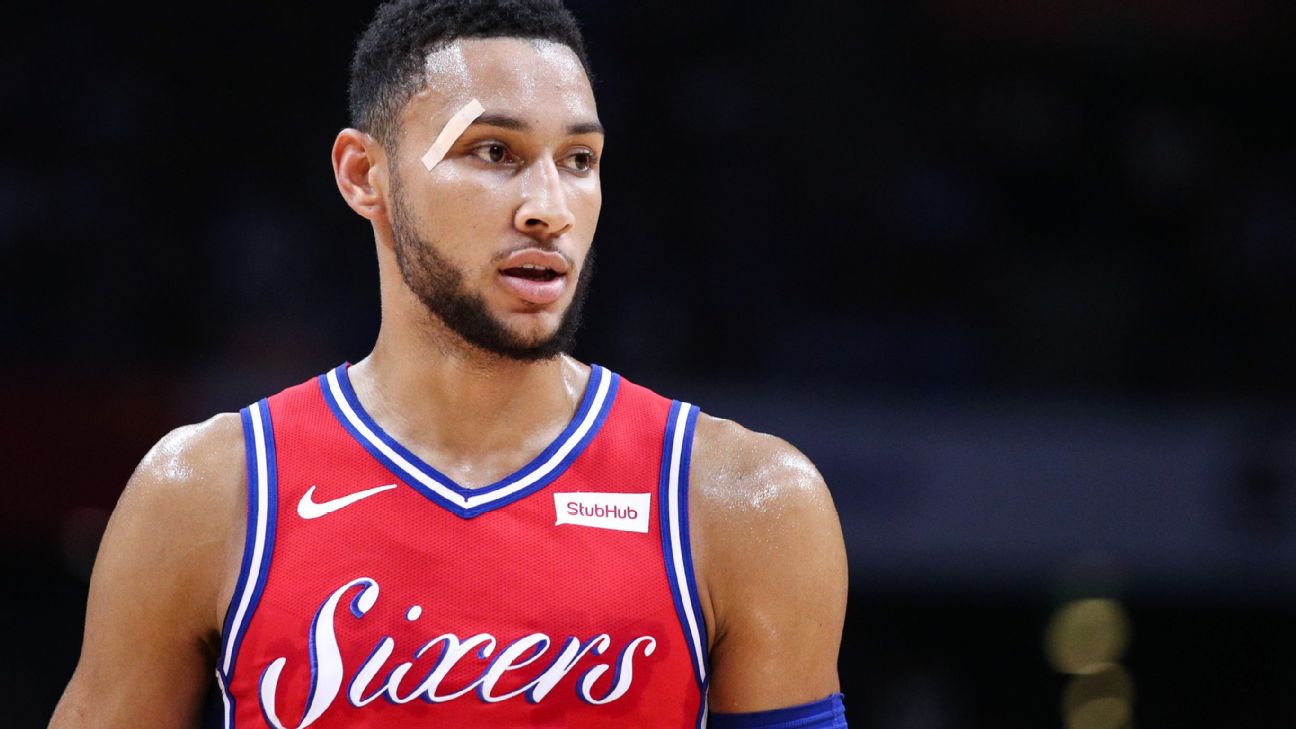 ESPN commentators and former NBA head coaches Mark Jackson and Jeff Van Gundy have leapt to the defence of Ben Simmons and hit back at critics who dwell on his reluctance to shoot from long range.

Jackson and Van Gundy point to the talent, athleticism and huge upside the 208cm point guard-forward offers Philadelphia 76ers rather than his lack of shooting outside the key.

Simmons, 22, won the NBA Rookie of the Year Award last season with an extraordinary regular season game average of 15.8 points, 8.1 rebounds and 8.2 assists.

"He has shown an incredible commitment to competing at a high level and I'm sure he is going to become a better shooter," former Golden State Warriors coach Jackson said when answering a question from AAP on a conference call with reporters on Monday. "I think you can nit-pick as a coach and fan about what a guy can't do, as opposed at looking at the great way he impacts the game and puts you in a position to win night in and night out so I wouldn't over react to it."

Simmons made just 11 three-point attempts last season and missed all of them.

His physical skills allowed him to slash to the basket, with almost half of the shots (402 of 998) he took less than 1.5 metres from the hoop.

The 22-year-old says he is working on his shot and 76ers coach Brett Brown is more concerned about the Australian improving his poor 56 per cent free throw percentage.

"Everyone wants to focus on what Ben Simmons can't do which is shoot and try to rush him into being a range shooter," Van Gundy said.

"I think Simmons in Philadelphia has done a good job in focusing what he does great versus what he doesn't do as well."

It is the 76ers' opening night foes, the Celtics and their head coach Brad Stevens, who knocked Philadelphia out of the playoffs last season by exposing Simmons' reluctance to shoot.

"That team was a call away from winning on the road in the playoffs," Jackson, defending the 76ers, said.

Exum has been dogged by injuries since the Jazz drafted him in 2014 and both coaches said health will again be the key for the 23-year-old.