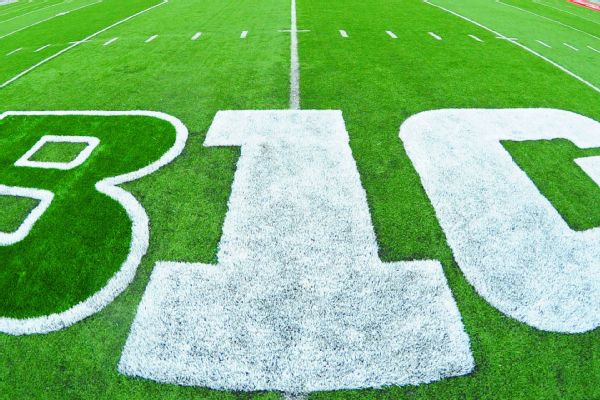 A group of Big Ten football parent associations on Wednesday sent an open letter demanding information around the league's decision to postpone the fall football season and a "structured discussion" with first-year commissioner Kevin Warren.

A large majority of Big Ten parent associations participated in the letter, which uses the banner #B1GParentsUnited and expresses a shared confidence that the league's athletic programs are prioritizing players' health. Parent associations from Nebraska, Ohio State, Iowa, Penn Stateand Michiganalready sent separate letters to Warren demanding greater transparency concerning the Aug. 11 postponement. Warren on Aug. 19 released an open letter further explaining the decision, which was based on health concerns related to the coronavirus pandemic. The #B1GParentsUnited group writes that it is "extremely disappointed" with Warren's response.


"Candidly, at this point, the parent organizations have a total lack of confidence in your ability to lead and communicate effectively with all key stakeholders," the new letter reads.

The letter demands that the Big Ten produce "documents, video records, communications [and] minutes of meetings" relating to the postponement decision. A group of Nebraska parents last week sent Warren a letter through their attorney demanding similar information and threatening legal action if the league did not comply.

The #B1GParentsUnited group wants a parent organization forum where Warren would answer questions about the fall postponement as well as provide plans for a potential winter or spring football season. The letter notes that Warren, in his Aug. 19 response, stated that the league would collect feedback from players' families, among others, in crafting a plan for a winter or spring season. The parents want to learn more about the Big Ten's recently formed Return to Competition Task Force, specifically the criteria it will consider in determining whether a season can take place, as well as how the task force will engage parents and athletes.

"We ask for a structured discussion in which you have a fair opportunity to address the concerns and issues that respective organizations have raised," the letter reads.

Jay Paterno, a member of Penn State's board of trustees and former assistant coach for the Nittany Lions who also is the son of the late head coach Joe Paterno, said time may prove Warren's decision to be the right one.


"As far as the decision, as time goes on, I think that Kevin Warren may look better and better as this goes, because there are so many unknowns that we have to deal with," Paterno told ESPN's College Football Podcast.

"I think the other thing that really is kind of lost in this: The players are saying, 'We want to take the risk.' The parents are saying, 'We want to take the risk.' However, where the risk of the knee injury doesn't transfer -- if a guy gets a knee injury on Saturday afternoon and goes to class on Monday, nobody else in the class is going to catch a knee injury. Concussions aren't contagious. Whereas, a guy who goes out and plays on another campus may pick up COVID, may go to class Monday, and now eight kids have it. And then 16 kids have it. They potentially expose other kids on the campus. I think that's another element of this that comes across in the university administration, in their discussion," Paterno said.

Sources tell ESPN that the task force, which includes university presidents, athletic directors, coaches and others, is primarily focused on a season model that begins in early January, if not sooner, and would have games at indoor venues around the Midwest.