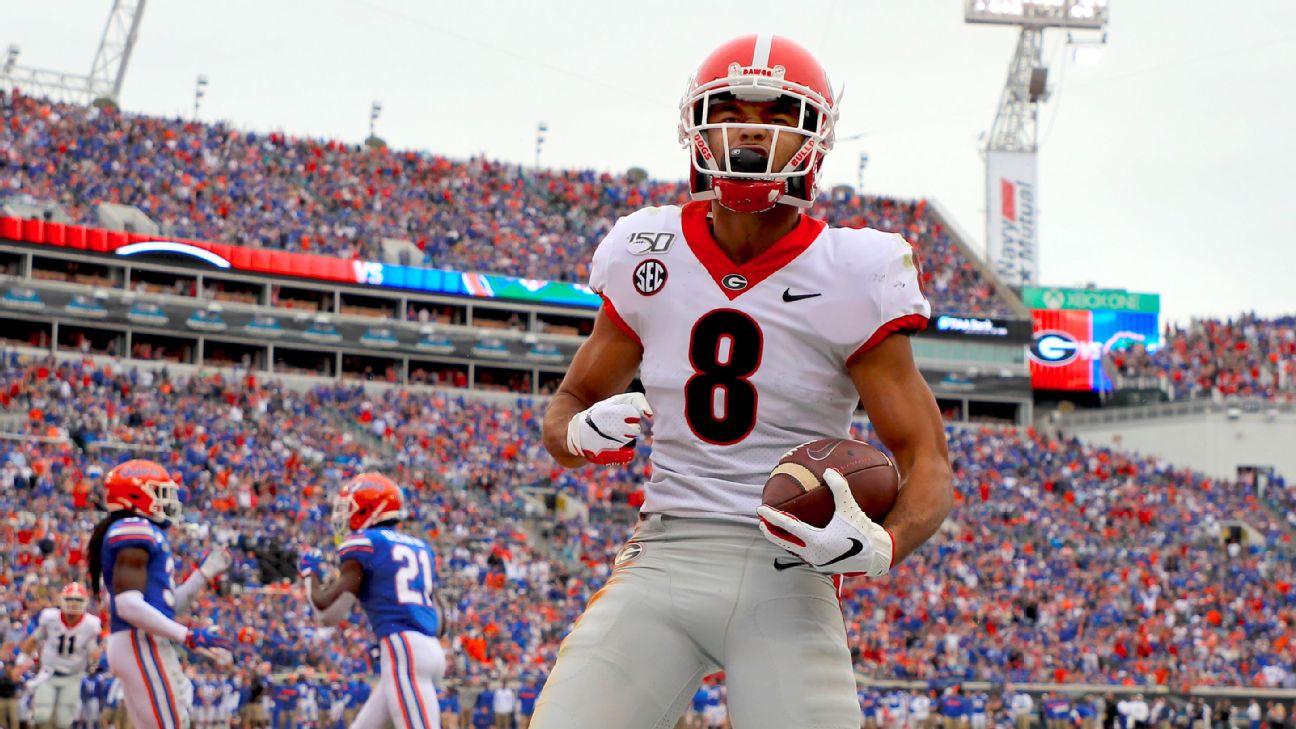 There are still two SEC teams in the top four of the College Football Playoff rankings -- but Alabama isn't one of them.

No. 5 Alabama is officially on the outside looking in after its loss to new No. 1 LSU, and SEC East favorite Georgia has been promoted to No. 4 as the selection committee's highest-ranked one-loss team in rankings released Tuesday night.

No. 2 Ohio State was followed by No. 3 Clemson, which entered the top four for the first time after sitting on the bubble last week. But No. 8 Minnesota made the biggest leap. The Golden Gophers made an unprecedented nine-spot jump from No. 17 after beating then-No. 4 Penn State on Saturday. The Nittany Lions fell to No. 9 but are still ahead of No. 10 Oklahoma.

Undefeated Baylor, which needed triple overtime to beat TCU, dropped one spot to No. 13. At No. 17, Cincinnati remains the highest-ranked Group of 5 team in an otherwise crowded race for a spot in a New Year's Six Bowl.

No. 1 LSU would face No. 4 Georgia in the College Football Playoff Semifinal at the PlayStation Fiesta Bowl. The selection committee makes sure the No. 1 seed is not at a geographic disadvantage, and it would consider Atlanta to be a more favorable location for the Bulldogs.

That's why No. 2 Ohio State would face No. 3 Clemson in the College Football Playoff Semifinal at the Chick-fil-A Peach Bowl.

The Allstate Sugar Bowl, which is guaranteed an SEC team against a Big 12 team, would take No. 5 Alabama against No. 10 Oklahoma, as they are both the highest-ranked teams available from each conference. The Capital One Orange Bowl is guaranteed the ACC champion, but since No. 3 Clemson is in a semifinal, it would take the next-highest-ranked ACC team. In this week's ranking, there aren't any other ACC teams, but Wake Forest and Virginia are the only two seven-win teams, so the Demon Deacons probably would go because Virginia has three losses.

Assuming this week it's Wake Forest, the Demon Deacons would face a team from the SEC, Big Ten or Notre Dame. In this case, it's No. 9 Penn State, as it's the highest-ranked team available.

The Goodyear Cotton Bowl Classic would feature No. 7 Utah against No. 17 Cincinnati, which is guaranteed a spot as the highest-ranked Group of 5 champion.

4 or 8 p.m. ET: College Football Playoff Semifinal at the Chick-fil-A Peach Bowl: No. 2 Ohio State vs. No. 3 Clemson (Mercedes-Benz Stadium in Atlanta)

4 or 8 p.m. ET: College Football Playoff Semifinal at the PlayStation Fiesta Bowl: No. 1 LSU vs. No. 4 Georgia (State Farm Stadium in Glendale, Arizona) 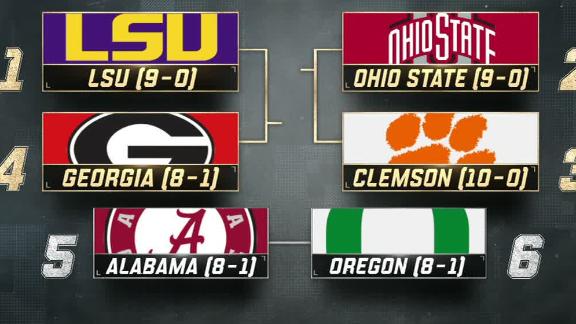