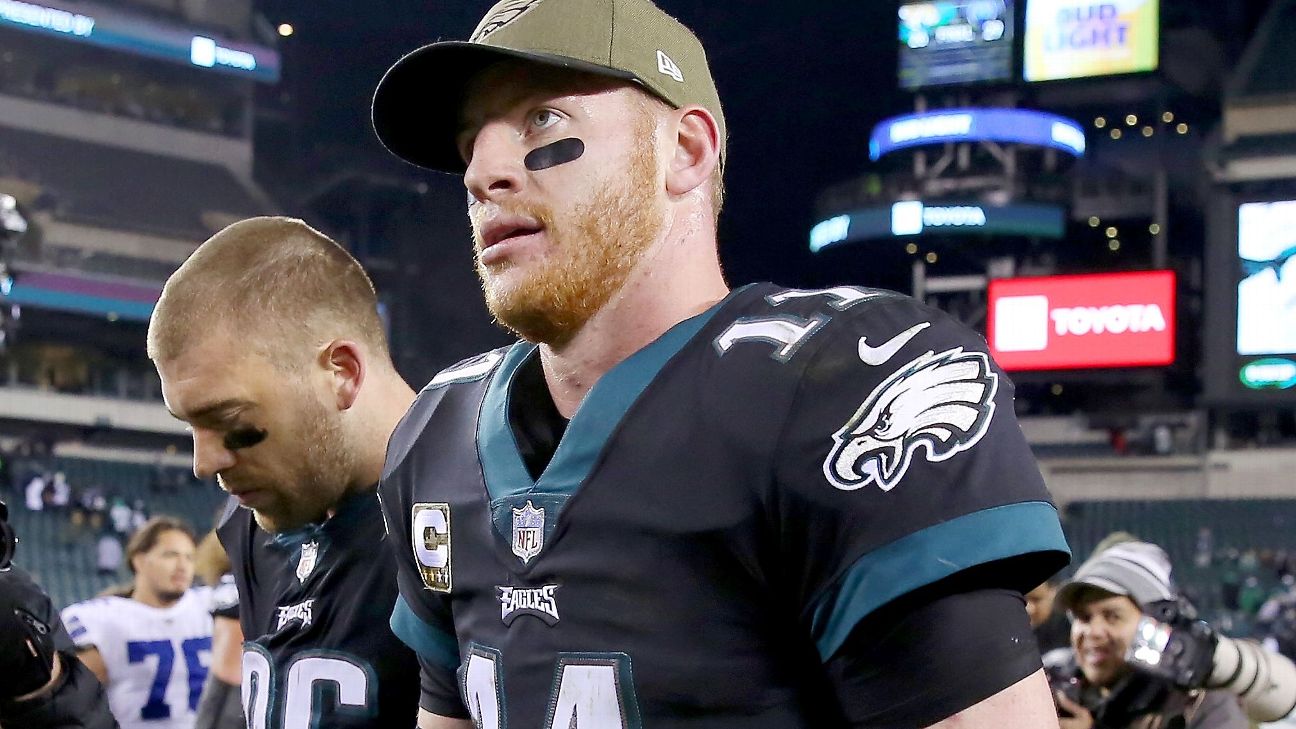 Philadelphia EaglesquarterbackCarson Wentz, his teammate Zach Ertz and Ertz's wife, soccer star Julie Johnston Ertz, on Thursday joined the chorus of athletes who have spoken out about George Floyd, the handcuffed black man whose death earlier this week while in police custody has shaken Minneapolis and sparked protests in cities across the U.S.

The three athletes each took to social media to express support for the African American community as well as sorrow over the institutional racism that black people experience in America.


"Can't even fathom what the black community has to endure on a daily basis," Wentz wrote. "Being from North Dakota, I've spent a large part of my life surrounded by people of similar color, so I'm never gonna act like I know what the black community goes through or even has gone through already. I'll never know the feeling of having to worry about my kids going outside because of their skin color."

Wentz went on to write, "I don't understand the society we live in that doesn't value all human life. It's heartbreaking and disturbing."

Zach Ertz and Julie Johnston Ertz, a member of the U.S. women's national soccer team, posted a joint statement on Twitter. Like Wentz, they acknowledged wrestling with their emotions and struggling to find the right words in the days since Floyd's death.

"Even the thought of trying to come up with the 'perfect' saying is so damn selfish. What I do know is that I am so unbelievably sorry," they wrote. "I am sorry for the pain and hurt the African American community has endured by another human and more than anything I am sorry that you feel that you are alone in this situation."

Floyd, 46, died Monday night while in Minneapolis police custody. A bystander's video showed Floyd pleading that he couldn't breathe as officer Derek Chauvin, who is white, kneeled on his neck. As minutes passed, Floyd slowly stopped talking and moving.

Chauvin and three other Minneapolis officers involved in Floyd's arrest were fired Tuesday after video of the incident gained national attention. Floyd's death is under investigation by the FBI and state law enforcement authorities.


On Wednesday, Lakers legend Magic Johnson expressed frustration over Floyd's death, writing on Twitter, "George Floyd was clearly murdered by a Minneapolis police officer. How many times do we have to see black men killed on national television? This has been going on for entirely too long. We need to start seeing black people as human beings and not animals on the street."

Tampa Bay Buccaneers quarterback Tom Brady posted an image of Floyd that included the hashtag #justiceforfloyd to his Instagram story.

On Thursday, protesters broke into a Minneapolis police precinct station after the department abandoned it, setting it ablaze and setting off fireworks. Earlier in the day, dozens of businesses across the Twin Cities boarded up their windows and doors in an effort to prevent looting, and Minneapolis shut down nearly its entire light-rail system and all bus service through Sunday out of safety concerns.

Protests have also spread to other U.S. cities. In New York, protesters defied a coronavirus prohibition on public gatherings Thursday, clashing with police, and demonstrators blocked traffic in downtown Denver. A day earlier, demonstrators had taken to the streets of Los Angeles and Memphis, Tennessee.