The 2020 Philadelphia Eagles season will be unlike anything we've seen before.

The Birds will take the field on Sept. 13 without much of a training camp and after playing ZERO preseason games.

Rookies could be behind the curve, the revamped O-line won't have much time together and players coming off injury (i.e. Alshon Jeffery) could be slow out the gate.

Then there's the fans - or lack thereof.

Fans might not be allowed into the Linc for games, and if they are, they will have to wear face coverings.

It will be an interesting season to say the least, but fans are excited nonetheless.

With less than a month to kickoff, Ducis Rodgers takes a look at the biggest concerns in the video above.
Report a correction or typo
Related topics:
sportssouth philadelphiaaction news sportsnflsports flashphiladelphia eagleseagles training camp
SPORTS FLASH

Eagles are broken; fans, it's OK to to feel panicked

Eagles have to fix Wentz before season is lost Eagles: Washington loss 'won't define us', reinforcements on the way 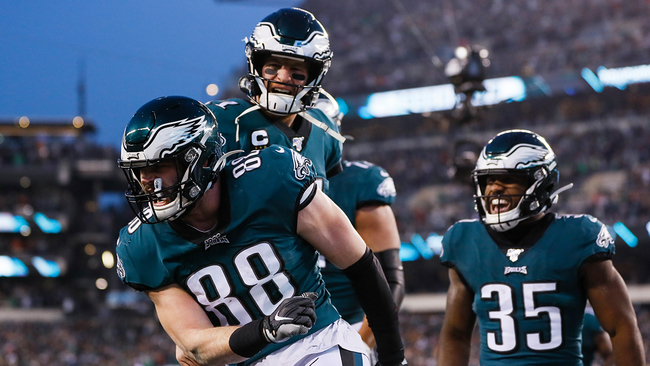