WPVI
By 6abc Digital Staff and Brock Koller
PHILADELPHIA (WPVI) -- The search is on to replace Doug Pederson as head coach of the Philadelphia Eagles.

Owner Jeffrey Lurie said multiple people will be working with him to lead the search, but he will be leading it.

"I always do," Lurie said during a press conference Monday following the firing of the team's Super Bowl LII winning coach.

On Tuesday, a day after Pederson was let go, reports began circulating of the Eagles reaching out to numerous candidates. 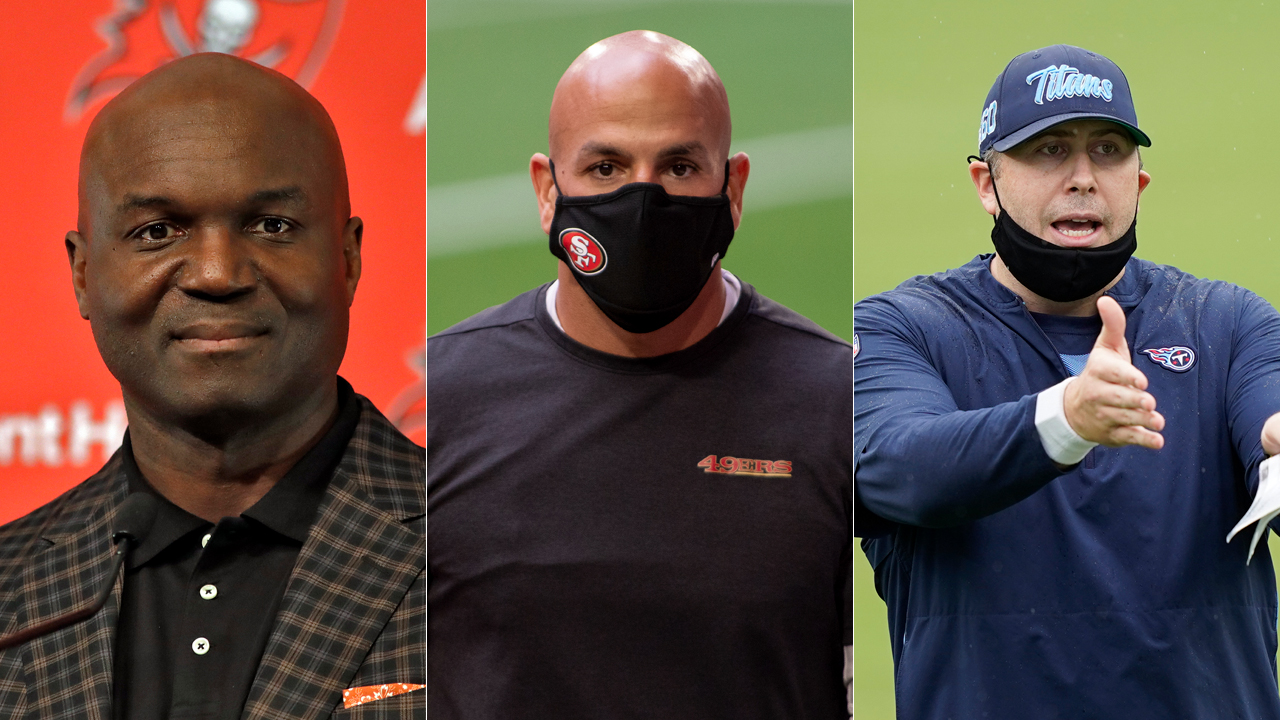 Eagles have requested permission to interview 49ers’ DC Robert Saleh for their HC job, per source.

Saleh was previously the linebackers coach on the Jacksonville Jaguars. He's also been part of the Houston Texans and Seattle Seahawks coaching staffs.

Smith is in his 10th season on the Titans coaching staff and his second season as offensive coordinator. He was previously the team's tight ends coach.

"Which would bring him back to the city in which he played college football at Temple from 1982-1985," Schefter said.

He was the also the Eagles interim defensive coordinator and secondary coach in 2012.

Bowles is in his second season as defensive coordinator with the Buccaneers.

What Lurie is looking for in the next Eagles coach is being kept under wraps.

During his press conference, the Birds owner wouldn't give any specifics.

"In terms of the characteristics, I'd rather not specify, but I can tell you no matter who we have, it needs to be a leader of coaches, a leader of players and someone who represents the organization in a great leadership way. We had a lot of that with Doug. Leadership is an important characteristic," Lurie said.

This will be Lurie's third time looking for a new head coach since firing Andy Reid at the end of the 2012 season.

Former Eagles quarterback and ESPN analyst Ron Jaworski has been part of previous search committees. He told Action News that it will come down to character for Lurie.

"I think character is always number one with Jeffrey Lurie," Jaworski said. "It's going to be hard finding - there's seven openings right now in the National Football League. I don't know if there are seven quality, potential head coaches out there at the moment."

Jaworski said General Manager Howie Roseman will be an important voice in the conversation.

"Jeffrey Lurie, Howie Roseman, - I was part of that search committee that brought Doug Pederson here - it's hard to find these guys. There is some guesswork that's involved because you really don't know what that person is thinking until they are actually on the job doing the coaching." Jaworski said. "But it has to work with the owner, the general manager, and the head coach being on the same page. That's really where it's going to start. Whoever they look at, that coach is going to have to get along with Howie Roseman and Jeffrey Lurie."

"He's a great representative of the Eagles and knows our values. I would expect him to be part of the search, as well," Lurie said.

The Eagles owner did not, however, give a timetable for the team's final decision.

"If we find a head coach soon or it's early February, it's totally great. If we're the last team picking a head coach, that's great, too, because then you have all the opportunity in the world. There's no rush. There's no pressure. There's nothing that should drive you from a decision based on just rational thought and careful analysis and getting to know the person as best you can," Lurie said.
Report a correction or typo
Related topics:
sportsphiladelphiaaction news sportsphiladelphia eagles
Copyright © 2021 WPVI-TV. All Rights Reserved.
PHILADELPHIA EAGLES