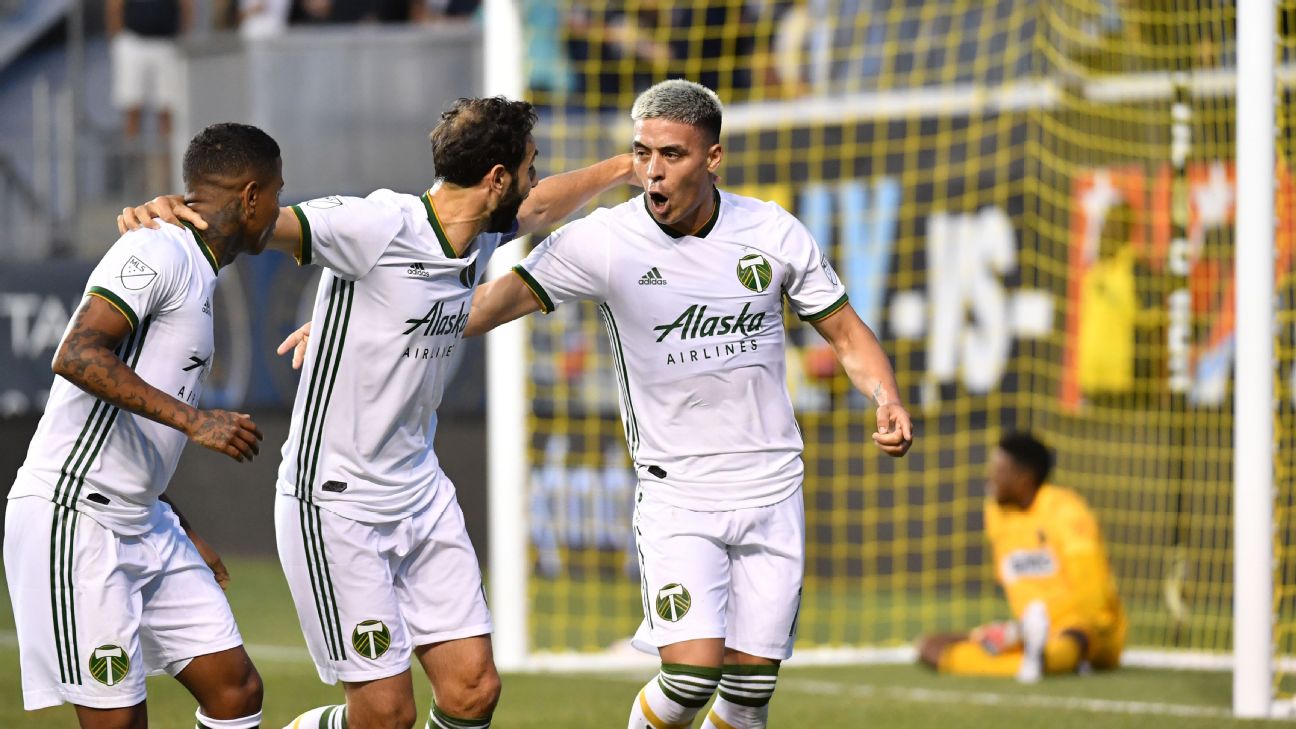 Brian Fernandez scored twice in his first MLS start as the Portland Timbers completed their season-opening 12-game road stretch with a 3-1 victory against the Philadelphia Union on Saturday night.

Diego Valeri scored an insurance goal in the 87th minute for the Timbers (4-6-2, 14 points), who are spending the first three months of the season on the road while their home stadium is undergoing renovations. Portland finished the trip with a flourish, going 4-1-1 in its past five matches after an 0-5-1 start.

Kacper Przybylko got the lone goal for the Union (7-4-3, 24 points), who fell one point behind D.C. United -- who drew with New England on Saturday -- for first place in the Eastern Conference.

Fernandez, a 24-year-old Argentine who just arrived from Mexican club Necaxa for a reported seven-figure transfer fee, also scored in his Timbers debut after coming on as a second-half substitute May 15 in a 1-1 draw at Houston.

Fernandez scored twice in a five-minute span in the first half, giving the Timbers a 2-0 half-time lead.

On the first goal, in the 31st minute, Andy Polo's cross from the right wing found Fernandez behind a defender at the far post, and he put a header into the back of the net before Union goalkeeper Andre Blake could scurry across the netmouth.

In the 36th minute, Fernandez created a 3-on-1 with some nifty dribbling near midfield. He passed to Valeri on the left wing, who fed Diego Chara on the opposite wing. Chara dribbled into the penalty area, where he dropped off a pass for Fernandez in the center of the field, and his 12-yarder found an open net.

The Union pulled within 2-1 in the 47th minute, as Przybylko took a cross from Fabrice-Jean Picault and nearly whiffed on a shot from less than 5 yards. The left-footed strike glanced off Przybylko's right leg, bounced off the left post and spun over the goal line as Timbers goalie Steve Clark was left flat-footed.

Valeri capped the victory on a give-and-go with Sebastian Blanco, blasting a low shot from 25 yards just inside the right post. 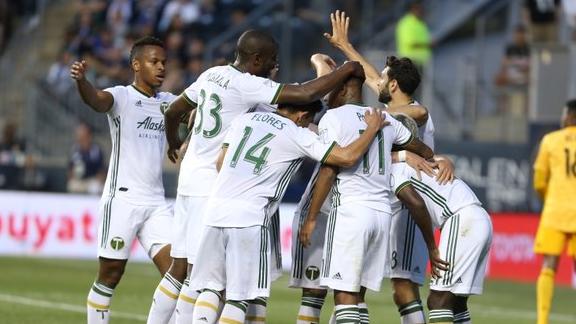