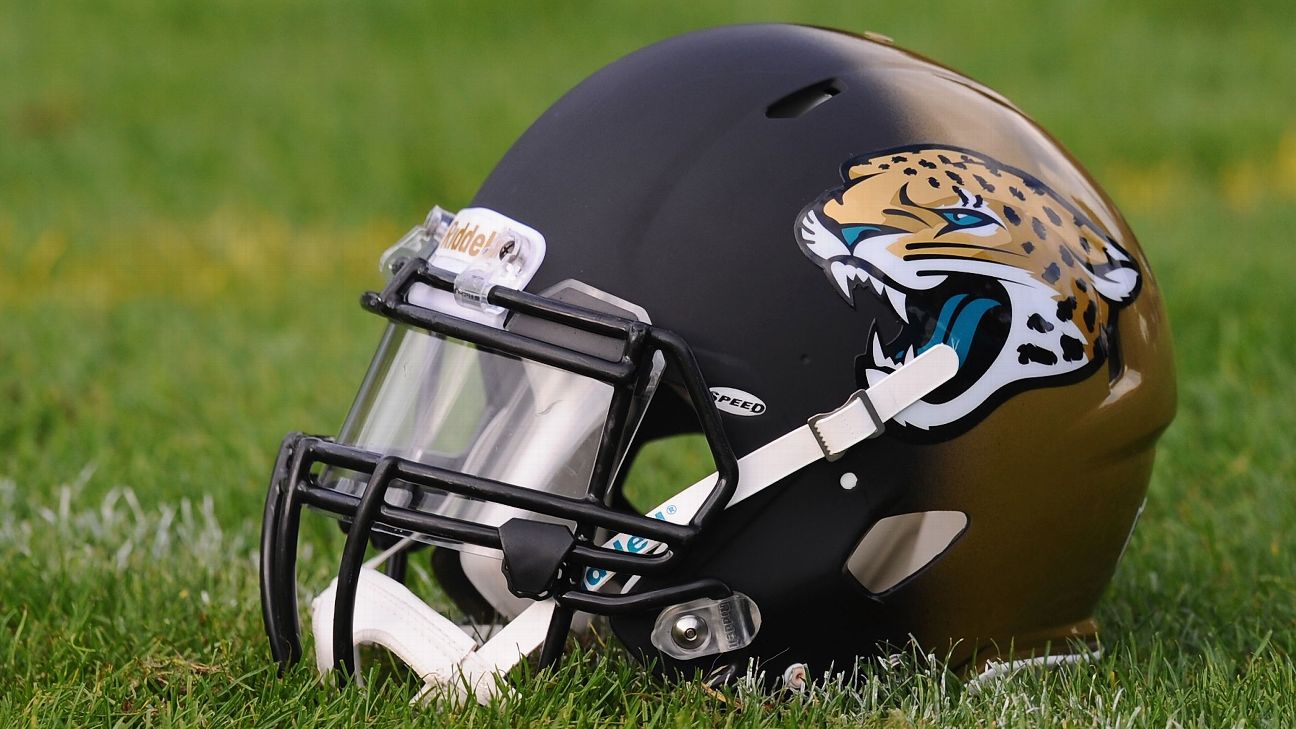 Four Jacksonville Jaguars players -- safetyBarry Church, cornerback D.J. Hayden, safety Ronnie Harrison and safety Jarrod Wilson-- were detained early Saturday after an incident in London, where the team is to play the Philadelphia Eagles on Sunday.

A source confirmed the identities of the players to ESPN, after they were first reported by The Sun.

In a statement, the Jaguars said the players were detained "over restitution of a bill."

"The matter is being resolved, and the players are with the team," the Jaguars said. "Any discipline will be handled internally."

Church, Harrison and Wilson are active for Sunday's game. Hayden is inactive after being listed as doubtful with a toe injury leading up to the game.

A statement from the London police issued early Sunday added that officers were called after reports of a fight at a nightclub and confirmed that the players attempted to leave without paying.

"Police were called ... following reports of a fight. Officers attended and spoke with a group of males who had allegedly been attempting to leave the venue without paying a large bill. Four men aged in their twenties were subsequently arrested on suspicion of fraud by false representation and taken to a central London police station for questioning. They were all subsequently released with no further action."

The Jaguars and London police have not said which players were involved.

The news -- the latest in a bad run for the Jaguars -- was announced about 12 hours before the team's 9:30 a.m. ET kickoff against the Eagles at Wembley Stadium.Multiple Las Vegas sportsbooks bumped up the point spread Saturday night, moving the Eagles from 3- to 3.5-point favorites.

Coming off a season in which they reached the AFC Championship Game, the Jaguars (3-4) have gone in the opposite direction and have lost three consecutive games entering Sunday's clash against the reigning Super Bowl champions.

The offense has been bad during the streak, getting outscored 57-0 in the first half of those games and turning the ball over 10 times -- including eight (five interceptions) by quarterback Blake Bortles. Three of his interceptions have come in the Jaguars' own territory, another was returned for a touchdown, and two others occurred in the end zone.

Bortles was benched last weekend against the Houston Texans after losing two fumbles. Coach Doug Marrone reinstated him as the starter but warned things could change if the turnovers continue.

Injuries are part of the reason for the offense's struggles. The Jaguars are on their third-string left tackle, the other four offensive line starters are dealing with nagging injuries, and two tight ends have been lost. Star running back Leonard Fournette has played in just two games due to a hamstring injury.

The defense hasn't played at its 2017 level, either. The Jaguars are giving up 121.9 yards per game rushing (25th in the NFL), have forced only five turnovers (second-fewest in the league) and have only 15 sacks despite having the second-highest pressure rate, according to ESPN Stats & Information.

The combination made for a headline-making week in Jacksonville, with Bortles defending his mistake-filled play and the defense bristling at criticism that it is soft.