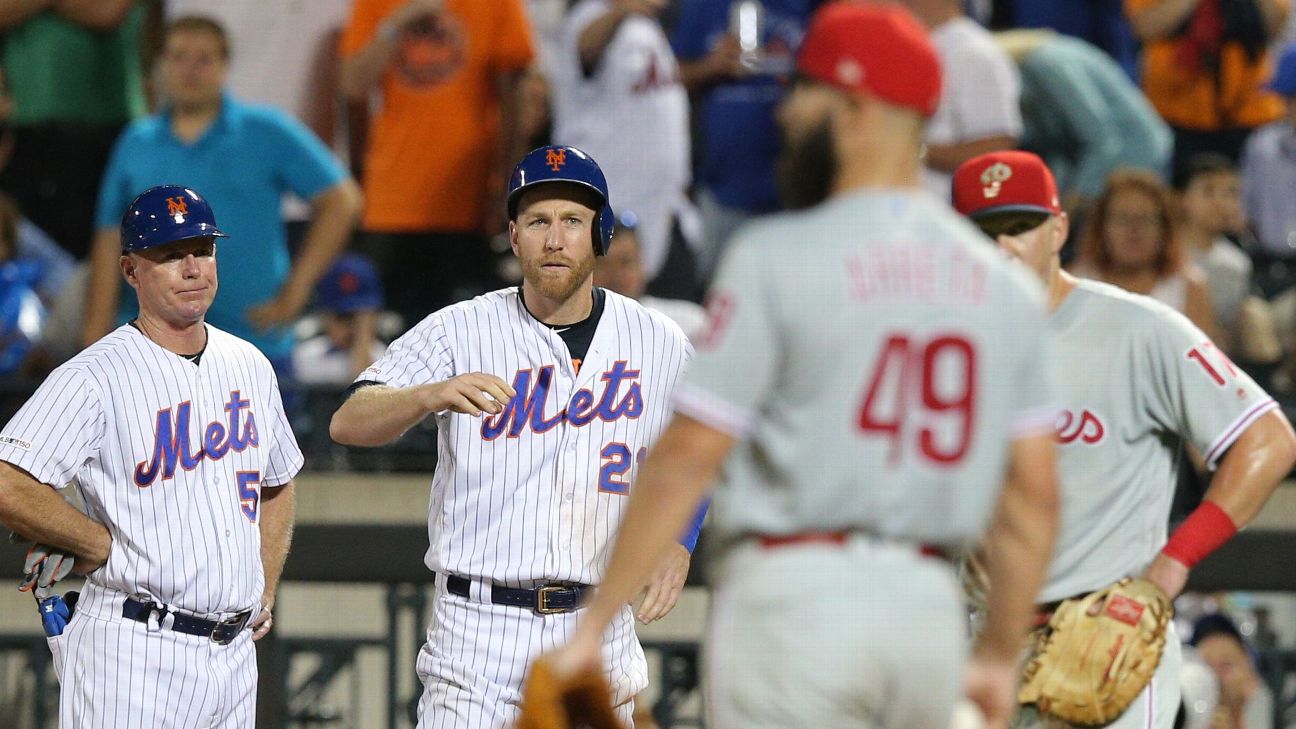 NEW YORK -- Todd Frazier is tired of being plunked by pitches from the Philadelphia Phillies. And he's got no use for that tough talk from Jake Arrieta, either.

The tension between the Phillies and New York Mets escalated Saturday night when Arrieta threatened that if Frazier was still steamed about getting hit, "he can come see me and I'll put a dent in his skull."

Frazier has been hit seven times by Phillies pitchers in the past two seasons, three this year and twice this weekend. The latest drilling came on a changeup by Arrieta and led to Frazier getting ejected.

Frazier said there was no bad blood between him and Arrieta, offering, "I know him really well."

"He can say what he wants," the Mets third baseman said. "I'm just sick of getting hit, especially by this team."

Major League Baseball is reviewing Arrieta's remarks to see whether discipline is warranted.

The Phillies, meanwhile, are reviewing Arrieta's health status. The right-hander has bone spurs in his right elbow and will be checked during the All-Star break to see whether surgery is needed.

Phillies manager Gabe Kapler said the 33-year-old Arrieta recently told him about the elbow trouble. Arrieta had season-ending surgery for bone spurs in 2011 while with Baltimore.

Arrieta is 8-7 with a 4.67 ERA. The 2015 NL Cy Young Award winner is in the second season of a three-year, $75 million contract he signed after leaving the Chicago Cubs.

Arrieta gave up a season-high 11 hits in just 4 1/3 innings during a 6-5 loss to the Mets. He also hit three batters.

Entering Sunday's game, the Phillies had hit Mets batters 12 times, tied for the most by any team against a single opponent. Mets pitchers had hit Phillies batters six times. That number rose to seven after Rhys Hoskins was plunked by the Mets' Wilmer Font in Sunday's game, won by the Phillies 8-3.

"If you're going to hit our guys, we get our chance," Frazier insisted.

Umpire crew chief Brian Gorman didn't issue warnings before Sunday's game. Callaway said he didn't think there would be any, adding, "I didn't expect them to put out warnings last night."

The Phillies and Mets played a day before the All-Star break, then get time to cool off. They don't meet again until Aug. 30 at Citizens Bank Park.

Frazier drew a walk in his first at-bat, with Philadelphia starter Aaron Nola keeping the ball on the outside part of the plate. 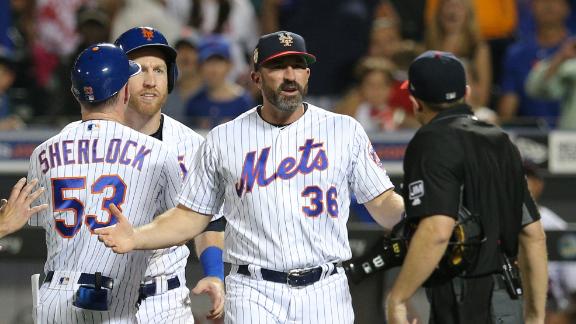