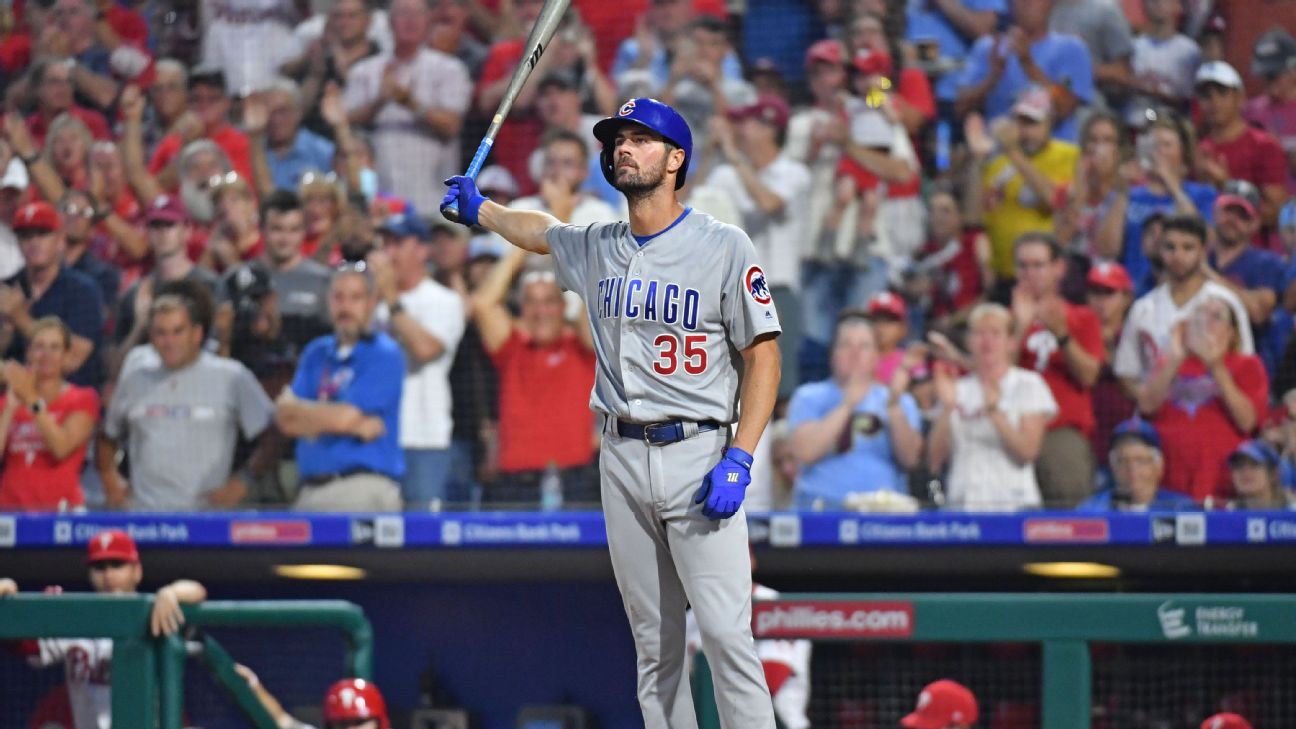 PHILADELPHIA -- One reunion got off to a great start, while another was anything but impressive, as new Philadelphia Phillies hitting coach Charlie Manuel saw his lineup score 11 runs on Wednesday -- eight of them against former Phillies star Cole Hamels.

Hamels received a hero's welcome back to Philadelphia, then promptly got rocked, failing to record an out in the bottom of the third inning while giving up nine hits and two walks as the Phillies beat the Chicago Cubs11-1. The standing ovation Hamels received when he came to the plate in the top of the third didn't feel so great after he gave up four runs.

"I'm thankful to the fans for their support, but when you get your butt kicked, for two straight innings, I'm a little focused on that," Hamels said. "You can't keep putting up games like I've done the last two games. That's not the person I am, and those aren't the expectations I hold on myself."

Hamels has totaled five innings and 12 earned runs in his past two starts, not long after coming off the injured list for an oblique issue. He says his mechanics are off, but perhaps Manuel's familiarity with his former ace had something to do with Hamels' performance Wednesday. The 75-year-old former World Series-winning manager was hired by his old team on Tuesday to be the hitting coach for the playoff push.

"It's surprising," Hamels said of Manuel's return to the dugout. "He loves baseball, and he's pretty good at it.

"He has a really good perspective. I have the utmost respect for him ... he was like a dad to us. You never want to disappoint him. He was such a good inspiration, even when you give up eight runs or when you're 0-for-5 with five punchouts, he knew how to get you right the next day."

Whether or not Manuel had a chance to suggest any changes to players who'd been struggling at the plate, his mere presence in the dugout sparked a crowd that has long had a soft spot for the man who managed the 2008 championship team. The fans could be heard chanting "Charlie! Charlie! Charlie!" throughout the game at Citizens Bank Park.

"There was an incredible energy in the ballpark, and rightfully so," Phillies manager Gabe Kapler said of Manuel, who replaced John Mallee after the team fired him on Tuesday. "Charlie has earned that kind of adulation over a long period of time.

"He certainly adds to that loose, relaxed vibe. He's laid-back. He believes in our hitters. I think he's going to make sure that our hitters know that. And our hitters looked like they believed in themselves today. It's no surprise. He's a great influence on our group."

Hamels was certainly thinking of his own situation in praising Manuel. Now it's what Hamels learned under Manuel that might help the left-hander moving forward.

"It takes the tough love, from Philly, is what taught me how to do it," Hamels said of overcoming adversity.

Wednesday's loss dropped the Cubs into a tie for first place with the St. Louis Cardinals, but technically, they're the second wild-card team right now, just .001 percentage point behind St. Louis. The Phillies are two games back of the wild card and have taken the first two games of the series, which means no matter what happens in the finale on Thursday, the Cubs have gone winless in their past 12 road series.

Manuel's Phillies helped continue a woeful trend for the visitors, as now their starting pitching is showing leaks. Righty Kyle Hendricks gave up seven in his most recent start, and veteran lefty Jon Lester is one start removed from giving up nine earned runs.

"I guess we're both competing who can suck the most," Hamels said sarcastically. "We don't expect to put up these type of numbers, especially every five days. These are the types of numbers you might put up once a season."

Bryce Harper homered twice for Philadelphia but said Manuel wasn't responsible for the toe-tap he added while in the batter's box to help improve his timing at the plate. Harper said he didn't interact with Manuel much during the game.

"I took him a cup of water because he was working so hard, and everyone was [chanting] his name," Harper said. "But that was about it. I think Charlie's never seen a homer that he didn't like. It's fun to have him." 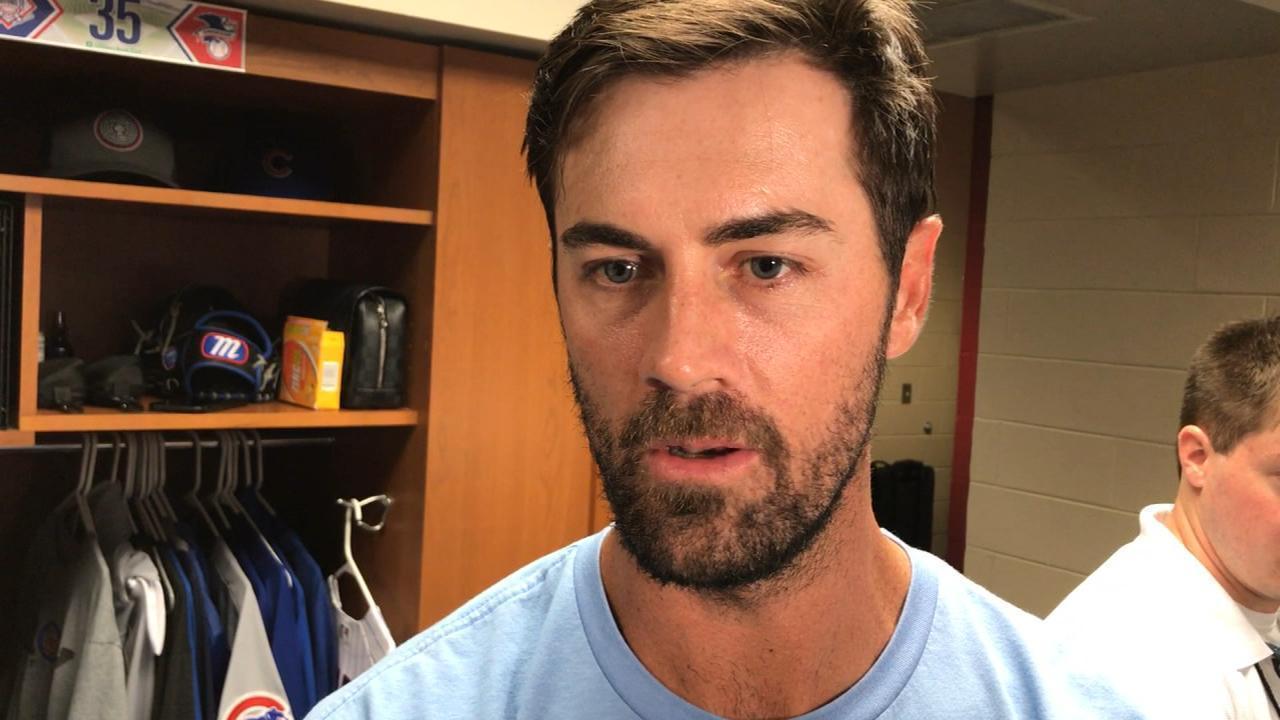