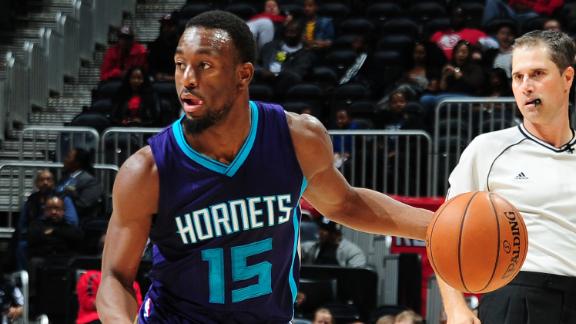 ESPN
By Marc Stein
The Charlotte Hornets have reached terms on a contract extension with prized guard Kemba Walker, according to league sources.

Sources told ESPN.com that Walker will receive a four-year, $48 million extension from the Hornets that will kick in starting with the 2015-16 season.

The sides were facing a Friday deadline to finalize a deal to prevent Walker from becoming a restricted free agent in July.

By securing Walker's services, Charlotte avoids the uncomfortable prospect of seeing two of its top players hit the open market in July. Hornets center Al Jefferson has the right to become an unrestricted free agent this summer.

"You are always concerned -- more so with Al because he's totally unrestricted," Hornets owner Michael Jordan told The Observer.

"They are core pieces of what we're trying to do ... I'd like to keep both of those guys. I say I'd like to and I'd spend the money that's appropriate. I'll make every attempt to keep them."