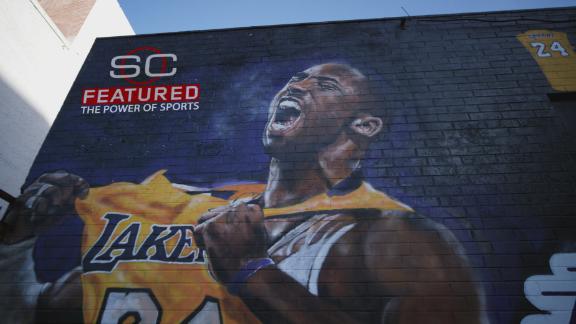 ESPN
By Darren Rovell
The most expensive games of the NBA season for fans will take place on Wednesday with Kobe Bryant's last game in Los Angeles and the Warriors going for history with win No. 73 in Oakland.

Fans have paid a StubHub average of $971 for a ticket at the Staples Center to see No. 24 take the final shots of his 20-year NBA career for the Lakers, against the Jazz, while StubHub data shows the average price paid for the Grizzlies-Warriors game on Wednesday night is now $436.

"It is virtually unprecedented to see the two highest-priced regular-season games of the year take place in the last game of the season at games with no playoff stakes involved," StubHub spokesman Glenn Lehrman said.

The Lakers issued a fraud alert to their fans Monday, warning them about the dangers of purchasing tickets on the secondary market. The team advised fans to only purchase tickets through the Lakers Ticket Exchange on the team's website.

Ticket prices to Bryant's last game immediately jumped when Bryant confirmed early in the season that this would be his last. The Warriors' ticket prices skyrocketed Sunday night after the team beat the Spurs for the second time this week.

TiqIQ, a ticket market tracking site, shows that the list price to the Warriors' final game jumped 134 percent from after Sunday night's victory to the price Monday morning. The average list price to a ticket for the game is now $1,594.

"This is the most important date in regular-season history, not relating to playoffs, since we opened in 2009," TiqIQ spokesman Chris Matcovich said.

The most expensive ticket sold on StubHub was a courtside seat in Los Angeles, where a fan paid $27,500 each for two tickets to see Bryant up close for the last time.