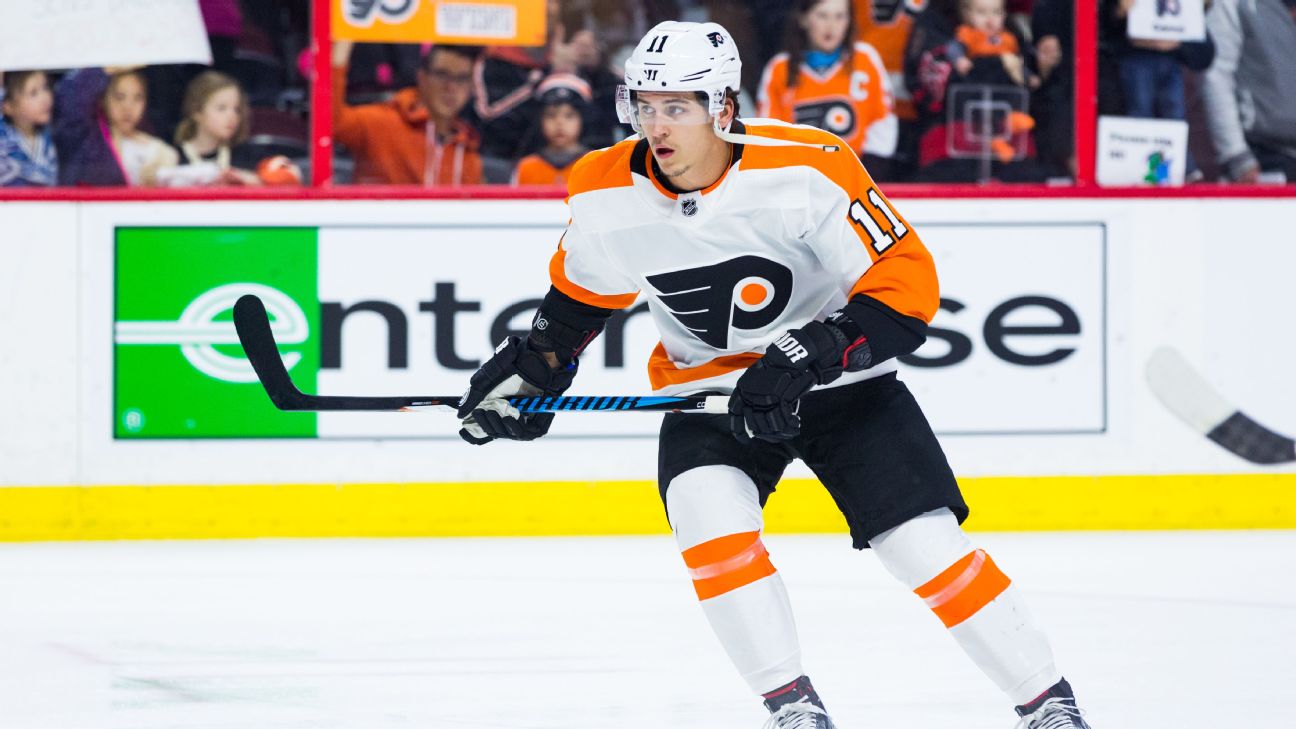 ESPN
The Philadelphia Flyers wrapped up another of their key free agents by signing forward Travis Konecny to a six-year, $33 million deal.

"We are happy to have Travis under contract for the next six seasons," general manager Chuck Fletcher said in a statement Monday. "Travis has shown progression in each of his three seasons and is an integral part of our group of young forwards. His speed, skill and tenacity sets him apart in today's NHL."

Playing a lot of top-line minutes, the 22-year-old responded with 24 goals and 25 assists last season -- production remarkably similar to his first full season the year before (24 goals, 23 assists).

Konecny was one of a few key restricted free agents for the Flyers -- led by defensemen Ivan Provorov and Travis Sanheim. Provorov got a six-year, $40.5 million deal Saturday, while Sanheim signed a two-year, $6.5 million deal in June.

The Flyers have been bold this offseason, trading for the rights to center Kevin Hayes and then signing him to a seven-year, $50 million deal. Philadelphia now has a solid mix of youth and experience in the forward corps, with veteransClaude Giroux, Sean Couturier, Jakub VoracekandJames van Riemsdyk joined by Nolan Patrick, Ryan Hartman and Konecny.
Report a correction or typo
Related topics:
sportsespnnhltravis konecnyphiladelphia flyers
Copyright © 2020 ESPN Internet Ventures. All rights reserved.
More Videos
From CNN Newsource affiliates
TOP STORIES