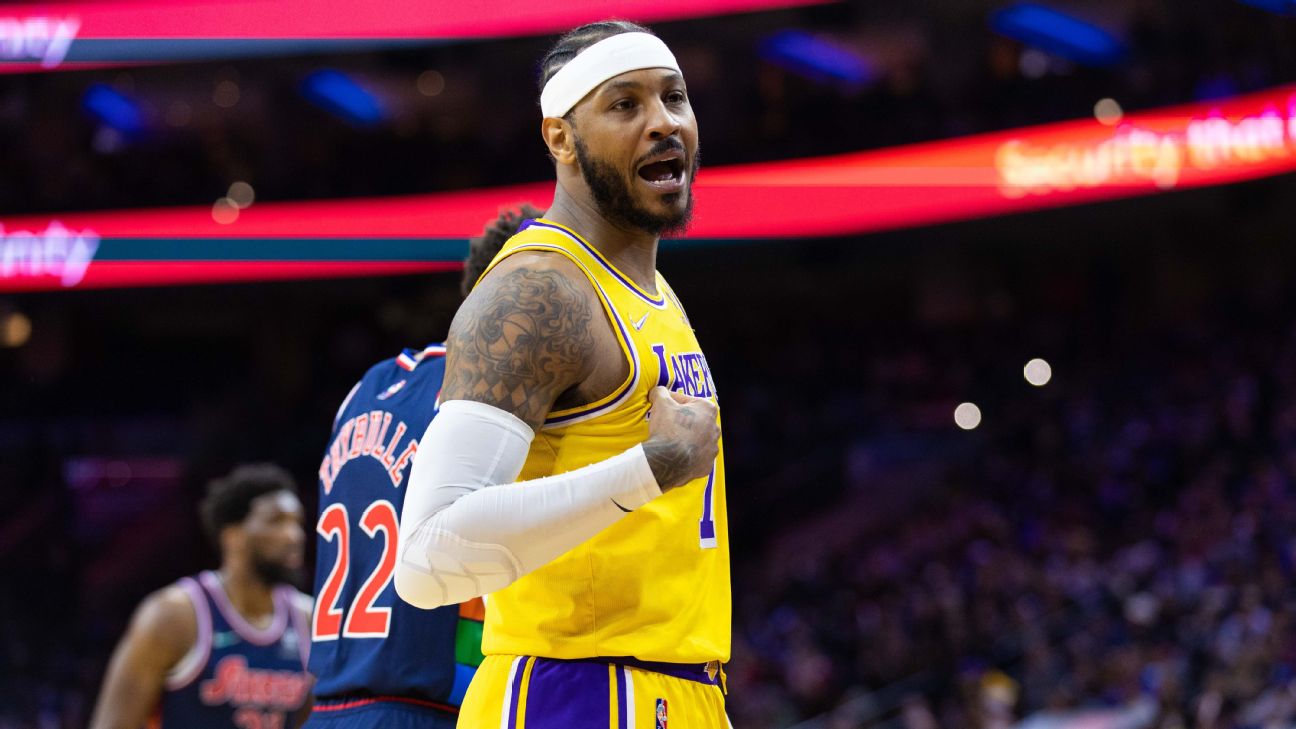 PHILADELPHIA -- Carmelo Anthony took exception to some fans' taunting of him during the Los Angeles Lakers' 105-87 loss to the Philadelphia 76ers on Thursday, saying that the harassment was "unacceptable." The incidentscaused referees and players from both teams to intervene during the game.

With 7 minutes, 1 second left in the fourth quarter, Anthony confronted a fan standing behind the row of courtside seats near center court at the Wells Fargo Center. Anthony said afterward that the fan referred to him as "boy."


Play was paused for several minutes while security personnel advanced to the spot of the confrontation and refs guided Anthony away from the incident.

While things were being sorted out, another fan seated courtside taunted Anthony using similarly offensive language, according to Anthony.

Sixers center Joel Embiid came to Anthony's side when the courtside fan attempted to escalate things.


Anthony said he would accept any further steps that are taken to resolve the incident, but added that it would be "out of his hands."

"Unacceptable language and unacceptable behavior by fans is the simplest way to put it," Lakers coach Frank Vogel said. "There's got to be a higher standard. And hopefully that's handled the right way."

Lakers guard Russell Westbrook, who has had several in-game run-ins caused by inappropriate fan behavior over the years -- including in Philadelphia in 2016 and 2021 -- said that the fans Thursday night might have "crossed the line."

While Philadelphia sports fans certainly have a reputation, Anthony said that Thursday's incident didn't line up with his past experiences with the city as a visiting player.

"You play through the heckles. But that's all fun and games," he said. "I mean, I've been doing that for 19, 20 years. Especially playing here, it's been a great place to come in and play. And fans, I know how the fans are here. 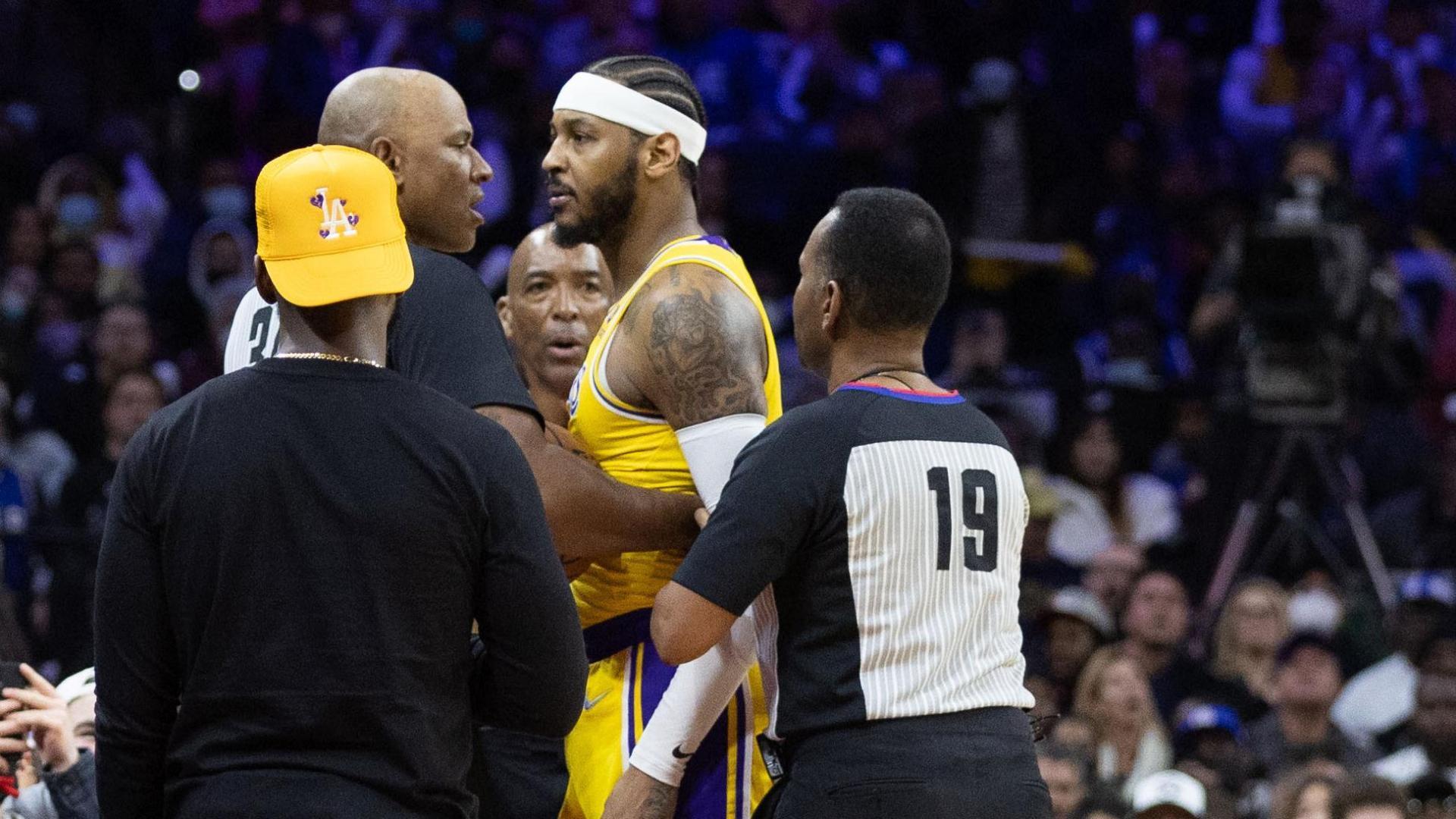