WPVI
By Matt O'Donnell
The coronavirus has essentially wiped out all live sporting events, leaving most fans to search the archives to satisfy their sports fix.

The folks at NFL.com have given fans an early Christmas gift by releasing the last decade of games and making them available for FREE via NFL GamePass.

For Birds fans, there are plenty of rewatchable moments from the last decade. 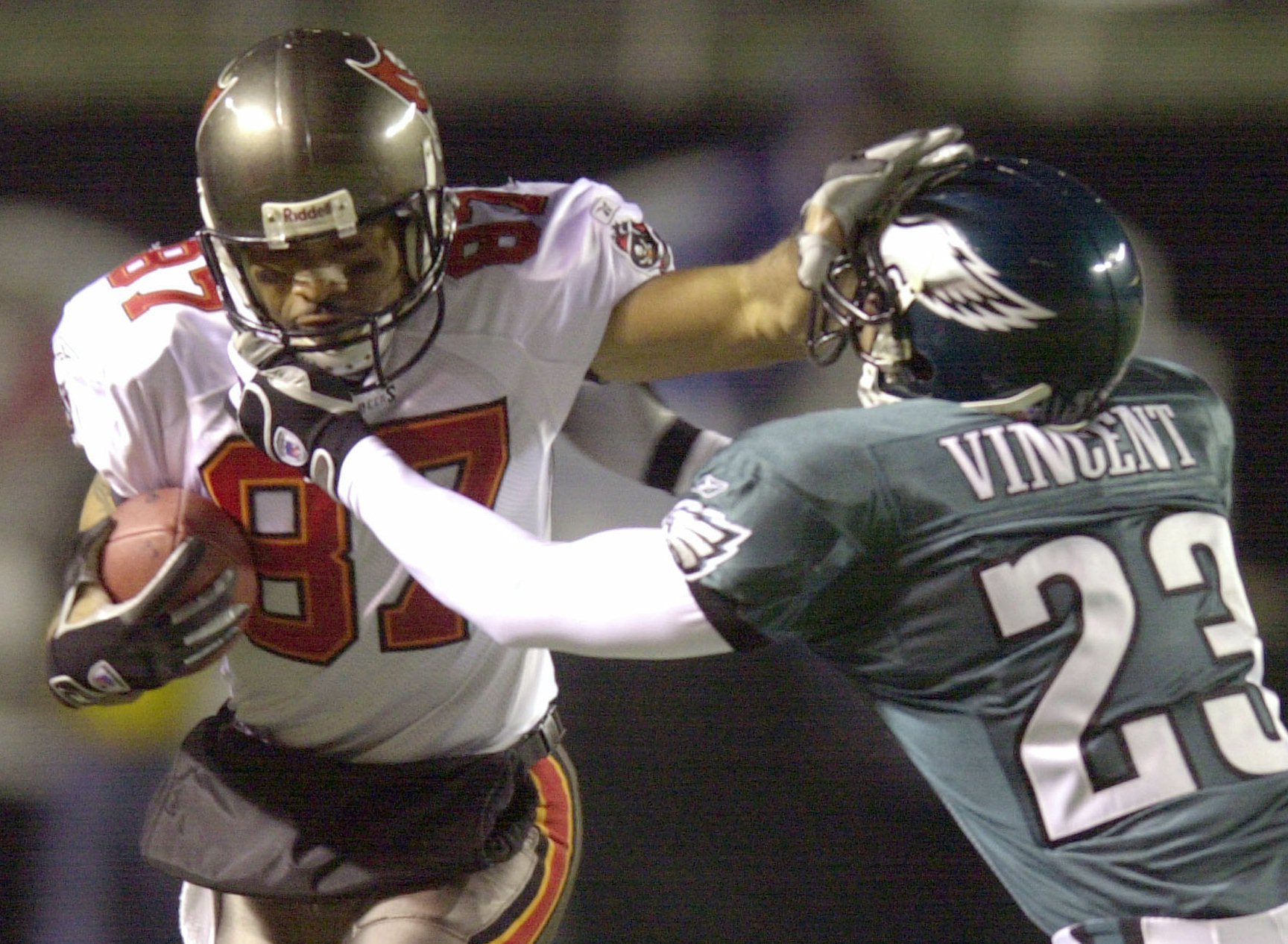 I know this is outside of our "since 2009" window, but it's available on the NFL's YouTube page so I'm including it anyway.

Why? It cost me a chance to cover a Super Bowl with the Eagles.

I was at Veteran's Stadium as the heavily-favored Eagles were supposed to beat Tampa and head to Super Bowl XXXVII. The boss already told me I'd be going.

Instead, I was left with my jaw open in a frosty cold stadium that would soon be demolished. But I'm not mad!

The Eagles grabbed an early lead, but then fell asleep at the wheel.

Former Eagles OC Jon Gruden got the last laugh in one of the worst Eagles performances I've ever seen.

It still hurts. But I'm not mad!

So, watch this one first, then the rest on this list. Your mood will undoubtedly perk up. 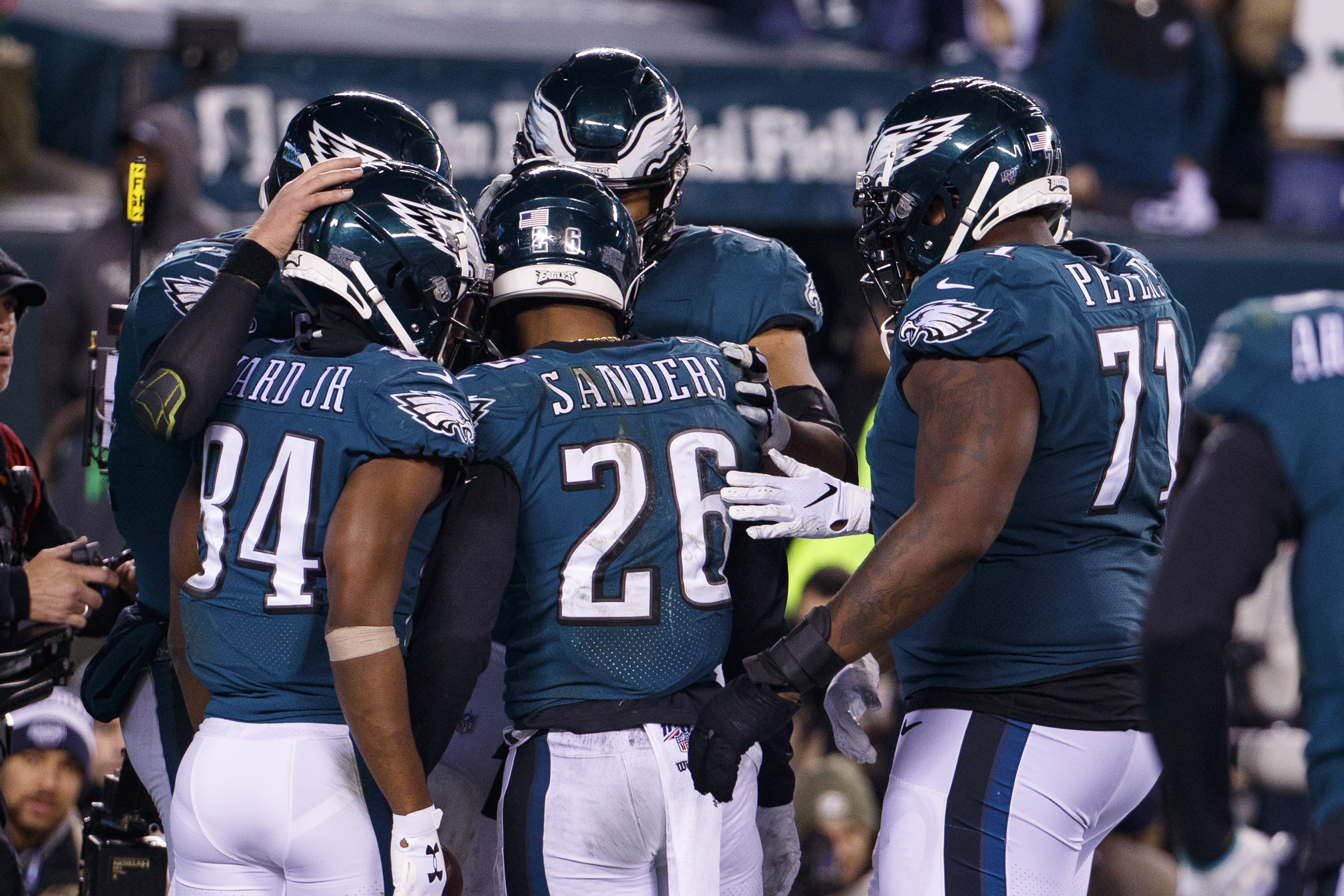 What list of great Eagles wins would be complete without one over the Cowboys? This one is probably still fresh on your mind. All the Eagles needed was a first down on 3rd and 2 and they seal the game against Dallas.

Carson Wentz gave the ball to rookie running back Miles Sanders and he got it - and more. Sanders had nothing but green grass between him and the end zone, which would have put an exclamation point on the victory.

But Sanders, with his Penn State-taught team-first mentality, chose to avoid any and all defenders for sure, run out the clock, give up his touchdown and ensure the Birds would head to the locker room with a W. 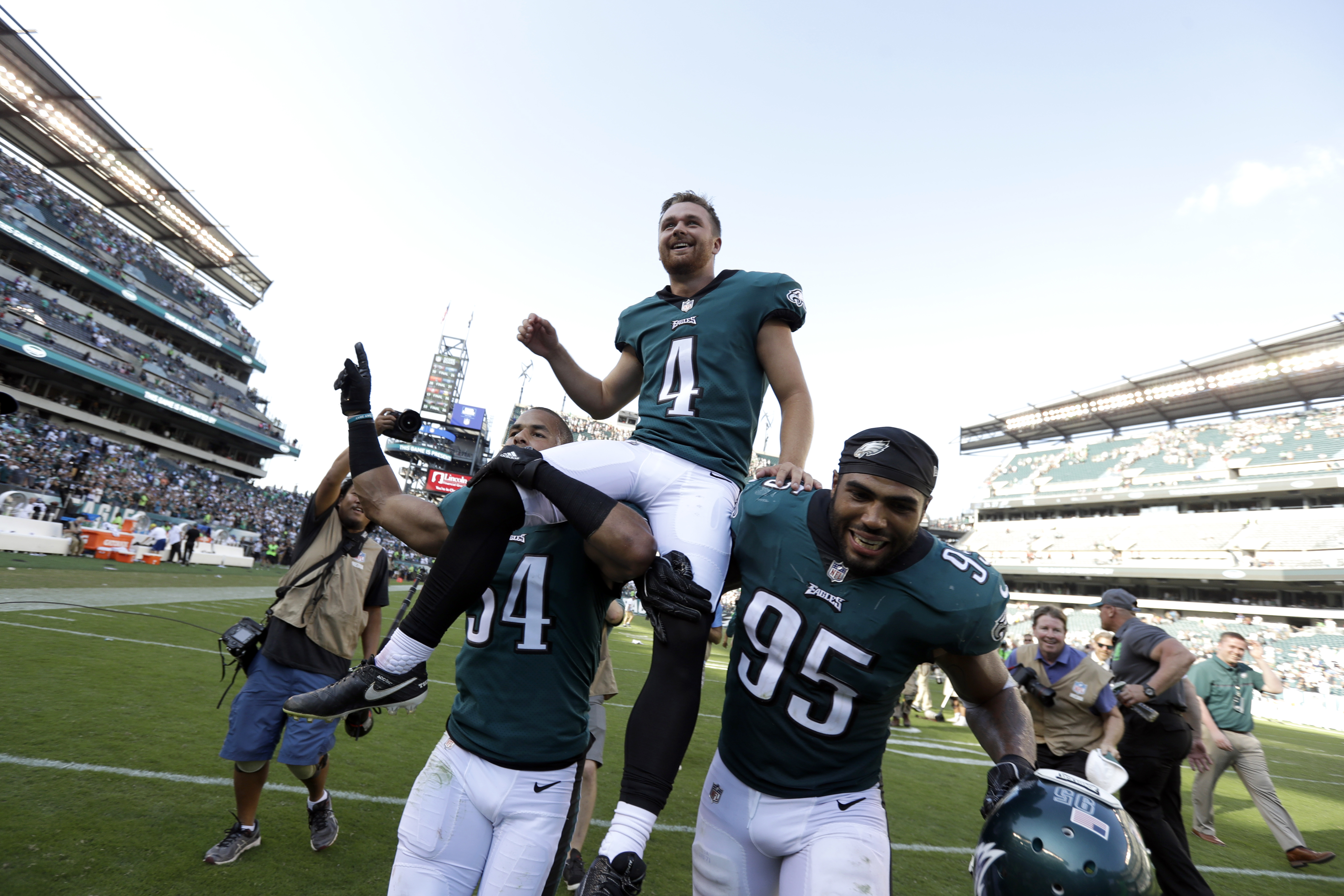 The Eagles had just signed Jake Elliott as their starting kicker 12 days before the opener. The game was tied with time about to expire when the kid stepped up to attempt a 61-yarder.

Elliott gave it his best shot and the darn thing went through.

It was the longest field goal in team history, the longest by a rookie and the 7th-longest in NFL history. It was the first bit of magic in a season that ended with the Birds' first Super Bowl victory. 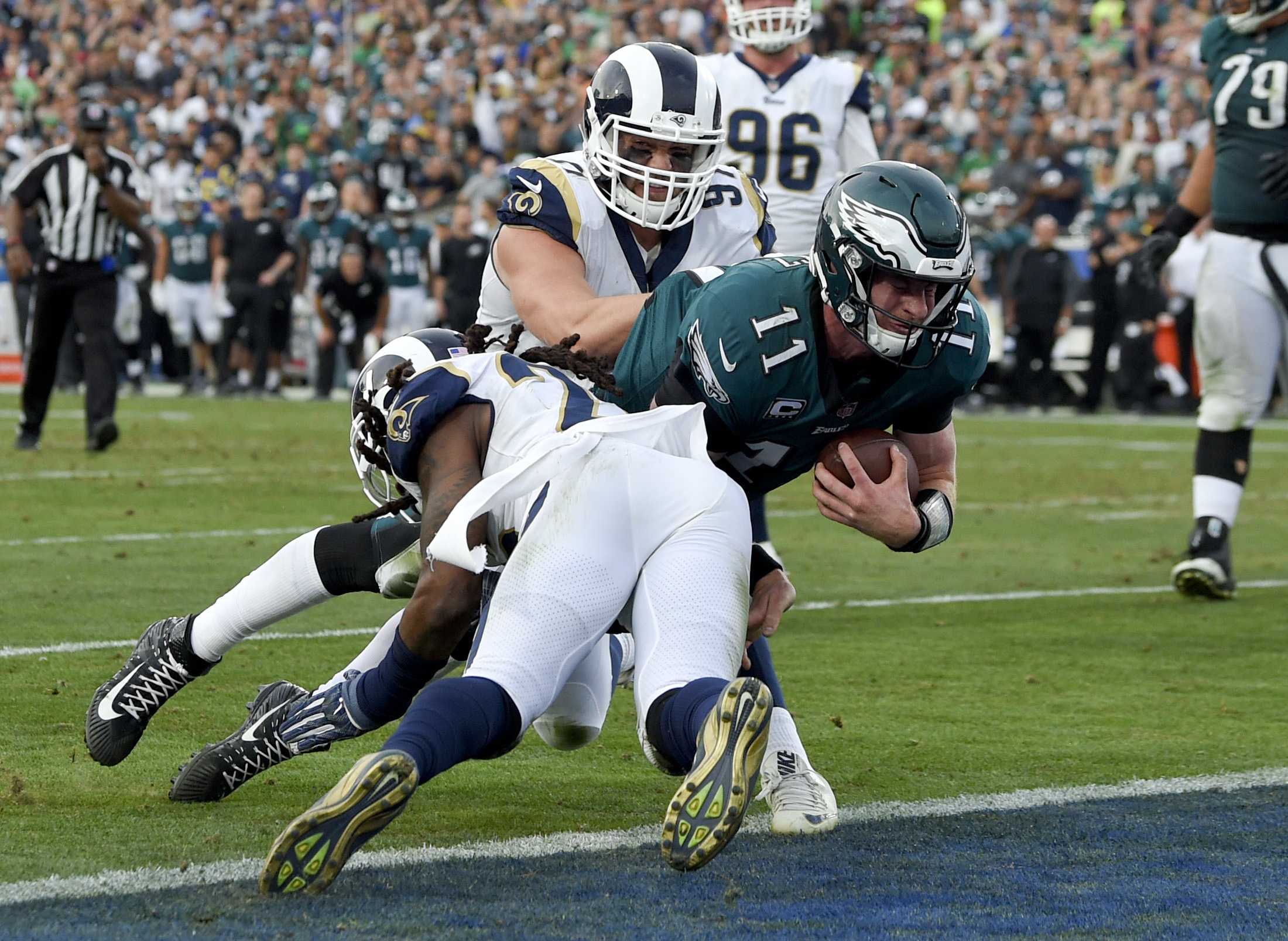 How about this one? Admit it, you threw in the towel. No Super Bowl, no playoff success, no hope without No. 11. At least that's what I thought.

Wentz suffered the injury but in an amazing feat of athleticism and resolve, remained in the game and threw a touchdown pass two plays later.

We all know what happened at the end of that season.

I felt bad and vowed to never doubt the Eagles again. At least, until the next time. 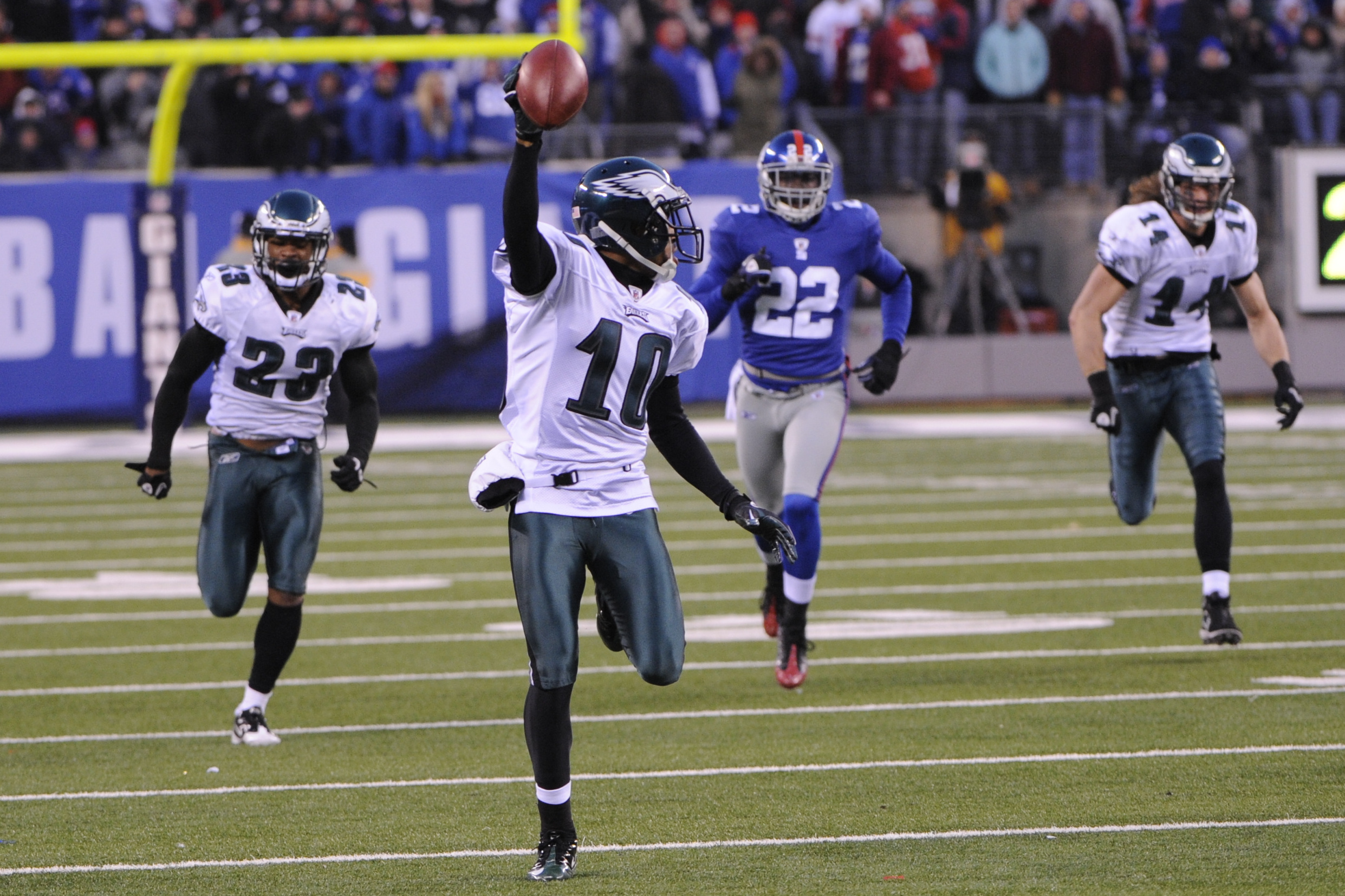 I love beating the Giants. And it's even better when the Giants thought they had the game in hand as the Eagles trailed by 21 points with 8 minutes to play.

Michael Vick would lead the offense to score three touchdowns, and the clincher came when DeSean Jackson took a Giants punt all the way to the house.

Jackson might have even hot-dogged it a little bit, but he says he took his time crossing the end zone to make sure time expired. I'm going with that, D-Jax. 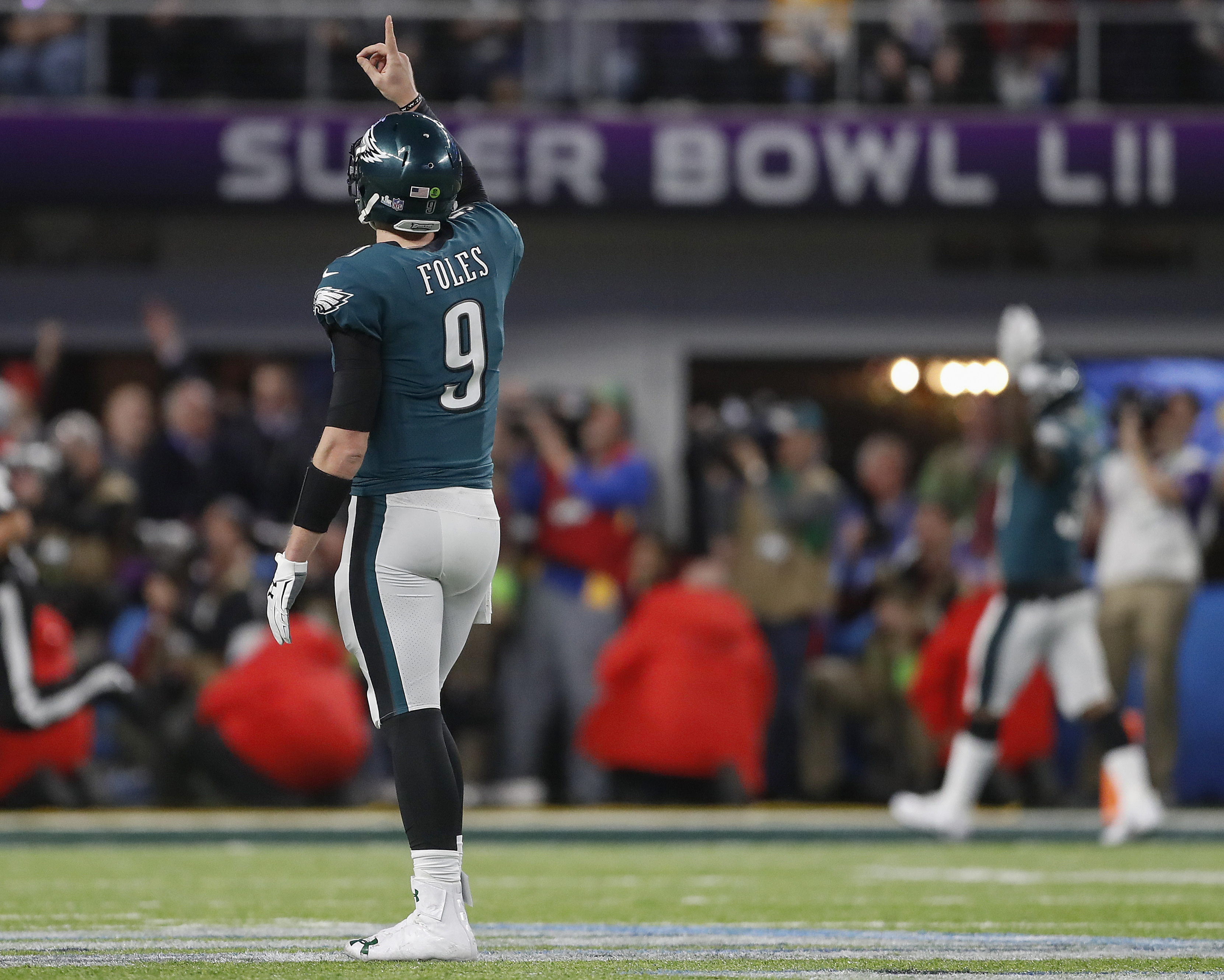 Fun fact: I have only watched two Super Bowls from beginning to end over the last 16 years.

The morning show schedule doesn't allow for much late-night TV viewing. But when the Birds are in the big game, I'm watching!

I remember it now as if it was a dream. When the Eagles needed a score, they got one.

When they needed a trick play that would have been crazy to try even in a regular season game (hello, Philly Special) it worked.

When they needed a turnover to put a lid on the victory, it happened.