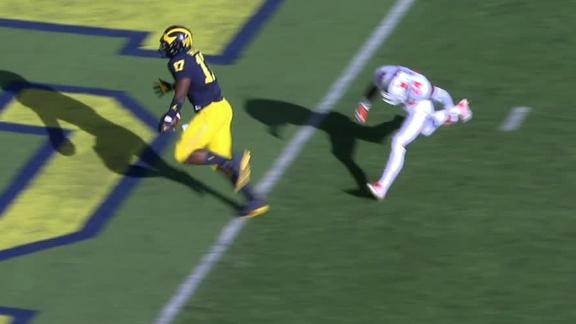 ANN ARBOR, Mich. -- Michigan coach Jim Harbaugh said a replay official's decision not to overturn a call in this past Saturday's 41-8 win over Illinois was the worst call he's ever seen in football.

Harbaugh brought up the play without being prompted during his weekly news conference Monday afternoon.

"I've never seen a worse call," Harbaugh said. "I don't know that I've ever seen a more strange replay. Maybe there has been."

The play in question came in the final minutes of a blowout win at the Big House on Saturday. Michigan completed a third-and-long pass near the sideline that referees spotted 2 yards short of a first down. Harbaugh opted to challenge the spot rather than face a fourth-down decision late in the game.

The replay officials ruled that the original spot was correct. Michigan kept its offense on the field, converted the fourth-down attempt and then kneeled on the ball twice to end the game. The play, nonetheless, stuck in the coach's craw three days later.

He held a brief discussion of the rulebook with reporters Monday afternoon. A reporter suggested that referees might have let the ruling slide because of the lopsided score at the time.

"Is that in the rulebook?" he asked. "I haven't come across that rule either."

Harbaugh said later that he also disagreed with a roughing the passer penalty called against defensive lineman Matt Godin earlier in the game.

Michigan players say Harbaugh doesn't pay much attention to the score of a game as much as he's zeroed in on each play. That's trickled down to some of them this season.

"I agreed with him [on the challenge]," senior cornerback Jourdan Lewis said. "He's competitive. You've got to be competitive in this game. There's no mercy. Once you give up mercy, you give up momentum. You don't know what can happen at that point." 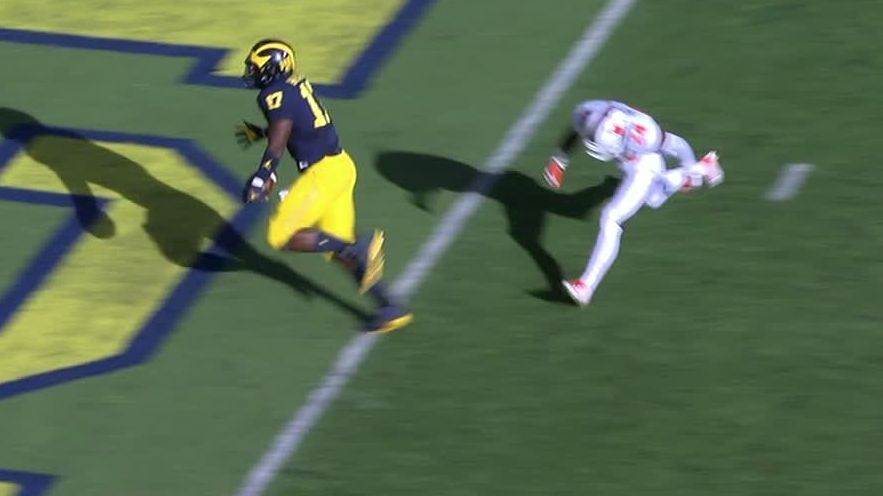