NHL Power Rankings: 1-31 poll, plus every team's 'on pace for' stunner 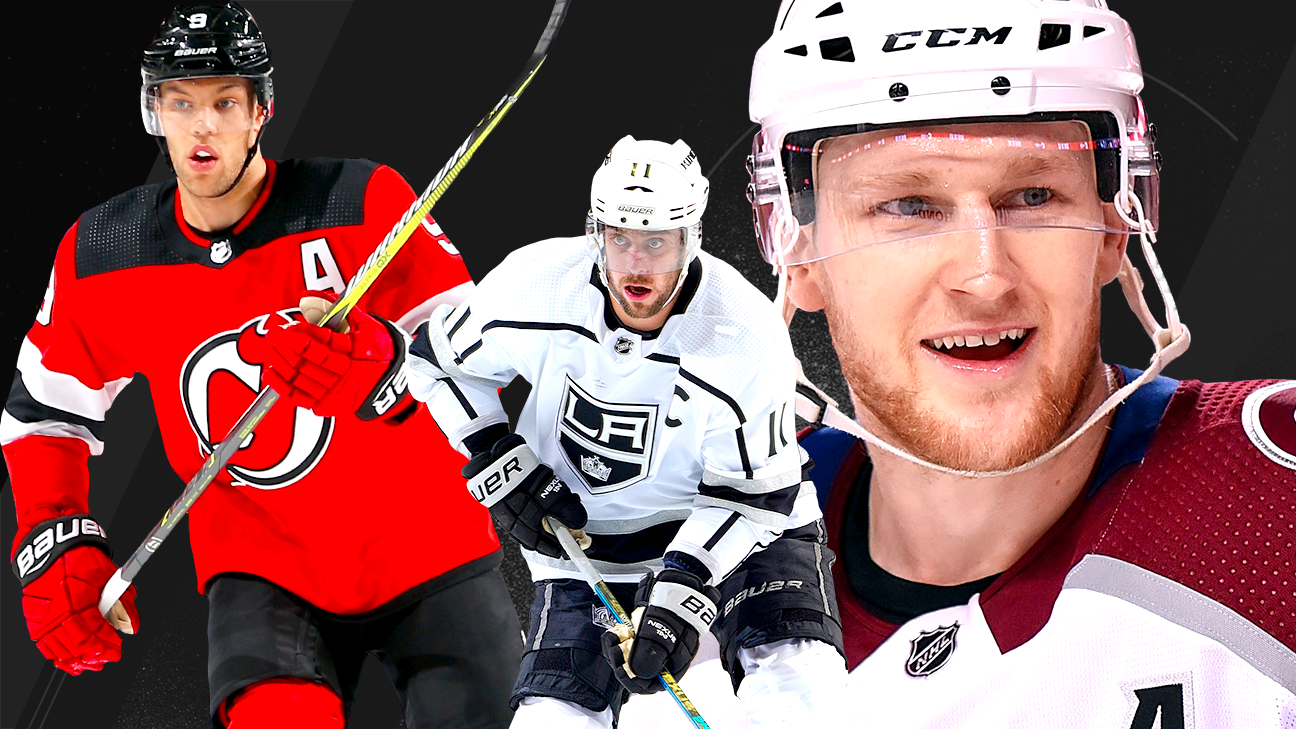 Most NHL teams are rounding the 30-game mark for the 2019-20 season. Some players are on a torrid, personal-record-setting pace. Other players are desperately trying to get back on track after a rough couple of months.

In this week's Power Rankings, we take a look at some of the paces being set by goal scorers, point producers ... and players who aren't doing much of either, even if it was expected from them.

John Carlson. The defenseman has gotten plenty of attention for his offensive exploits this season. But how high can he go? Carlson is on pace for around 110 points.

David Pastrnak. The Bruins star is on pace for 67 goals. Which can totally happen if he can keep up that 34.29 shooting percentage on the Boston power play, where he has 12 of his tallies.

Derick Brassard. The Lou Lamoriello reclamation project is on pace for 48 points this season after scoring 17 in 29 games. That would be his highest total since 2015-16, when he was with that other New York team.

David Perron. Is Perron on his way to a career-best scoring season? With 30 points in 32 games, he could end up around 77 points, topping his 66 with Vegas two seasons ago. Despite torrid streaks such as his nine points in eight games last month, though, Perron can have bouts of inconsistency.

Andre Burakovsky. He was a solid complement to the Capitals' offense in his five seasons in Washington, but he's blowing up this season: 23 points in his first 28 games. His career high is 38 points in 79 games.

Jaccob Slavin. We've come to terms with the fact that for Slavin to get the love he deserves as a top-tier defenseman, he needs to score a bunch of points. He's on pace for a career-high 45 points. So ... Slavin for Norris?

James van Riemsdyk. JVR is averaging 15:06 of ice time per game, which would be his lowest average ice time since his second season during his first stint with the Flyers. He's on pace for 37 points, which would be a tremendous dip from recent campaigns.

Neal Pionk. He was much-maligned as the Jets' return in the Jacob Trouba trade, but he's putting together a nice little season. Pionk is on pace for about 43 points, skating 23:05 per game.

Oliver Ekman-Larsson. The defenseman is on pace for 27 points, which would be a career low for the consistent offensive D-man. One factor: No power-play goals yet, and he's played less time on the power play on average (2:44 per game) than he has in the previous four seasons.

Connor McDavid. McDavid's career high in points was established last season, at 116. With 55 points in 33 games, he's on pace for 136 points ... a level which he'll probably need to hit to drag the Oilers into the postseason.

Jamie Benn. The Stars' captain is still just two seasons removed from a 36-goal campaign. He's on pace for about 16 goals this season, which would be a career low. Woof.

Jake Guentzel. The winger has played as much with Sidney Crosby as without him this season, which is important to remember when one sees that Guentzel has 17 goals. His career high -- set last season -- is 40 goals. He's on pace for 45 through 31 games.

Brett Connolly. The forward, who signed a four-year deal this past summer, has 14 goals in his first 30 games with the Panthers. He's nine goals from a career high and is on pace for around 38 of them for the season.

Paul Stastny. Last season, Stastny had an outstanding 0.84 points per game in an injury-shortened campaign. He's played in 33 games for Vegas this season, and he's averaging 0.39 points per game, which would get him around 32 points.

Jack Eichel. Here is the Jack Eichel season we've been waiting for: Utterly dominant, MVP-level play and on pace for 113 points if he stays healthy -- which, alas, hasn't been a given since his rookie season.

Johnny Gaudreau. His struggles have been well documented this season, but the numbers are staggering. The winger, fourth for the Hart Trophy last season with 36 goals, is on pace for just over 15 tallies.

J.T. Miller. He's already matched last season's goal output (13) in just 31 games, and is on pace for 34 goals, which would obliterate his previous career high. Is he worth a conditional first-round pick now?

Victor Hedman. The Lightning defenseman has 27 points in his first 27 games, putting him on pace to break his career best of 72 points. In those 27 games, he's tied with Keith Yandle for most power-play points by a defenseman, with 15.

Tyson Barrie. The offensive defenseman hasn't exactly been a catalyst since arriving in Toronto. He's on pace for 31 points, with a career-low points-per-game average of 0.38. He had 23 assists on the power play last season. He has two power-play assists in 32 games this season.

Shea Weber. The defenseman has unleashed that booming slapshot to great effect this season, with 10 goals in 32 games. He hasn't broken 20 goals since 2015-16 but is on pace for 26.

Nick Bonino. The Predators' leading goal scorer(!) through 29 games, Bonino is on pace for around 33 goals, which would shatter his previous high of 22 tallies. The Hockey Night in Canada Punjabi folks must be warming up their vocal cords.

Artemi Panarin. He's accomplished plenty offensively in his five-season NHL career. But he's yet to have a 90-point campaign. Great news: He's on pace for 100 points. Always great when the big free-agent prizes prove their worth in Year 1, isn't it?

Timo Meier. After signing that big RFA contract, the forward is on pace for around 25 goals and 25 assists. He had 66 points in 78 games last season. Just another facet of the Sharks that's missing the mark thus far.

Ryan Getzlaf. The captain is leading the Ducks in scoring and is on pace for 26 goals, which would be his best goal-scoring season since 2013-14.

Alexandre Texier. After he made a huge impact in last season's playoff run, expectations were high for the 20-year-old rookie. Projections had him around 30 points this season. Through 26 games, he's on pace for about 21.

Brandon Saad. The Saad-aissance last season has slowed just a bit for the Blackhawks forward. He had 47 points in 80 games last season. Through 31 games, he's on pace for 42 points this season.

Anthony Duclair. One of the best redemption stories this season in the NHL. The Duke has 15 goals in 32 games, putting him on pace for a potential 40-goal season. The best news? It's a contract year.

Drew Doughty. The Kings defenseman is on pace for 15 goals this season, which would be his highest total since scoring 16 in his sophomore season in the NHL (2009-10).

P.K. Subban. This Devils season is a nightmare. Subban's campaign is the cold sweats accompanying that nightmare. He's on pace for about 14 points this season. That's what Nikita Zaitsev had last season. He's yet to record a power-play point as a Devil.

Frans Nielsen. Remember 2016, when Nielsen was a free-agent coup for Detroit? His contract, with trade protection, runs through 2022. In 28 games this season, he has ... one assist. He's on pace for three points this season. Yikes. 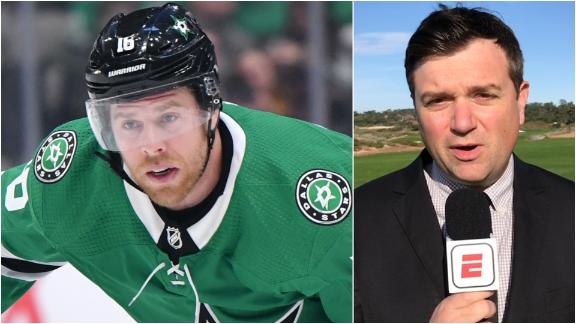