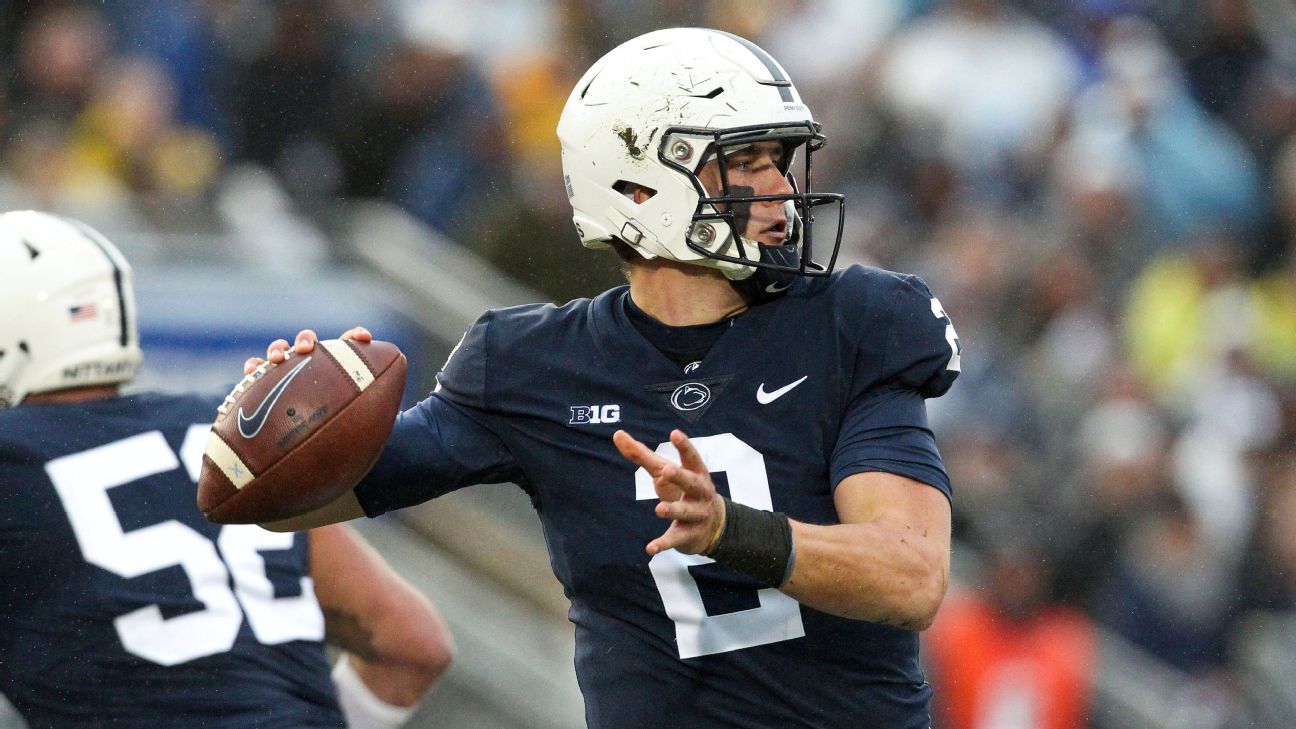 Penn State is headed into an interesting season, where the team will be without its biggest playmaker of 2018 in quarterback Trace McSorley as well as a plethora of other players who have either graduated, moved on to the NFL or decided to transfer.

Add in Nick Scott and Amani Oruwariye, defensive backs who are also no longer on the roster, and there are some big holes that need to be filled for the 2019 season.

With the No. 4-ranked recruiting class in 2018 and the No. 13 class in 2019, there are quite a few young players who are going to need to make an impact for Penn State this season. The Nittany Lions got a boost in 2018 from freshman linebacker Micah Parsons, who led the team in tackles, and the staff is hoping to see a similar impact from some of the other younger players in 2019.

This spring will give coaches a first glimpse at what this team could look like when the season begins in August, and a sense of how much work is needed between now and then.

McSorley is the winningest quarterback in Penn State history and owns school records for completions, passing yards, passing touchdowns, rushing touchdowns by a quarterback and total offense, among a slew of other marks. Simply put, McSorley was the heart and soul of the Nittany Lions' offense and a pure playmaker on the field.

Replacing his production and drive is going to be impossible, but someone has to step up at quarterback. Tommy Stevens was the backup to McSorley in 2018 and is set to return in 2019, along with Sean Clifford and Will Levis.

The staff also brought in ESPN 300 quarterbacks Michael Johnson Jr. and Ta'Quan Roberson in the 2019 recruiting class. Roberson enrolled early and is already on campus, participating in workouts.

Stevens is presumed to be the next man in and should be able to provide some consistency within the offense, but he won't have the luxury of handing the ball off to Saquon Barkley or Sanders, as McSorley did. He is also losing two starters along the offensive line in front of him in Bates and McGovern.

On top of that, wide receivers DeAndre Thompkins and Juwan Johnson have both moved on, with Johnson deciding to transfer for his final season of eligibility. It's going to be an uphill battle for Stevens, or whoever takes over at the quarterback spot, to keep this offense producing at a high level.

Penn State is losing two starters along the defensive line but is returning some key players in Yetur Gross-Matos, Robert Windsor and a few younger players who should step up. The linebacking corps should take a step up from last season, with more experience and young depth pushing the starters.

The defensive-backs group is interesting, though, as the Nittany Lions lose starting corner Oruwariye and safety Scott. Also gone are safeties Isaiah Humphries and Ayron Monroe as well as cornerback Zech McPhearson.

Bringing back starter John Reid and Garrett Taylor will give some consistency, but the depth behind them is young. Donovan Johnson and Jonathan Sutherland don't have a ton of experience, and Lamont Wade -- who was in the transfer portal but decided to stay at Penn State -- is coming off an underwhelming sophomore season.

If the defense is going to take a step forward, it's going to need to replace the production of Oruwariye and Scott, who each had a team-high three interceptions in 2018, as well as find depth and build competition within each position.

Brandon Smith should probably be included in this group, too, as the ESPN 300 linebacker was ranked No. 22 overall in the 2019 class, enrolled early and has already started to turn heads on campus.

Smith should have an opportunity to make a splash early, but given the state of who's returning on offense, Cain and Ford could make the biggest impact in 2019.

The two leading rushers from last season, Sanders and McSorley, are off to the NFL, and there is a large gap that needs to be filled. Ricky Slade, a former ESPN 300 running back who ran for 257 yards and six touchdowns last season, should get a shot to improve on those numbers.