Joel Embiid has denied a reported "rift" with 76ers teammate Ben Simmons and said Wednesday in a series of tweets that he loves playing with the embattled star in Philadelphia.

"Stop using my name to push people's agendas," Embiid tweeted. "I love and hate drama. I love playing with Ben. Stats don't lie. He's an amazing player and we all didn't get the job done. It's on me personally. I hope everyone is back cuz we know we're good enough to win."


Embiid was responding to a tweet that highlighted a USA Today report that said the "rift" between him and Simmons "had been escalating" and that the 76ers preferred Embiid.

In his tweets, Embiid also appeared to challenge Sixers fans for their treatment of Simmons, relating it to his own development in the NBA.

Sources previously told ESPN's Adrian Wojnarowski that Simmons has sought a trade out of Philadelphia and that Simmons' agent, Klutch Sports CEO Rich Paul, and Sixers management met earlier this summer to discuss the All-Star's future with the franchise.

Simmons skipped playing in the Olympics with Australia to continue to develop his basketball skills.


The 24-year-old struggled at the free throw line in the NBA playoffs, dropping from a 60% foul-shooter in the regular season to 34.2% in the playoffs. He also didn't attempt a field goal in the fourth quarter in Games 4 through 7 of the 76ers' series against the Atlanta Hawks as Philadelphia was eliminated in seven games. Simmons scored 19 total points in the final three games of the series.

Simmons has four years and $147 million left on his contract. 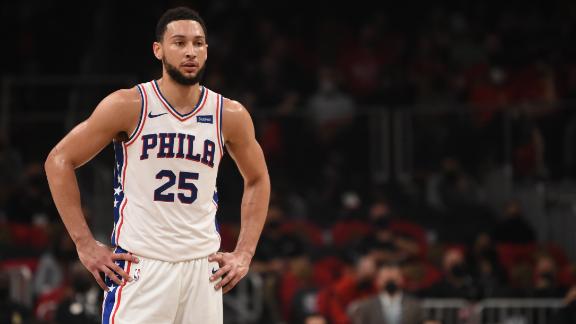 Will the Ben Simmons-Sixers saga get messier?
Sixers fan Pablo Torre slams the organization for its handling of Ben Simmons during the offseason. 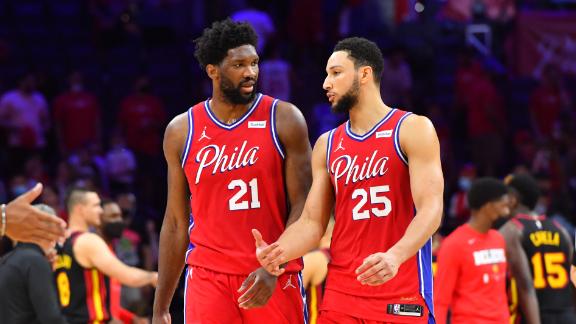