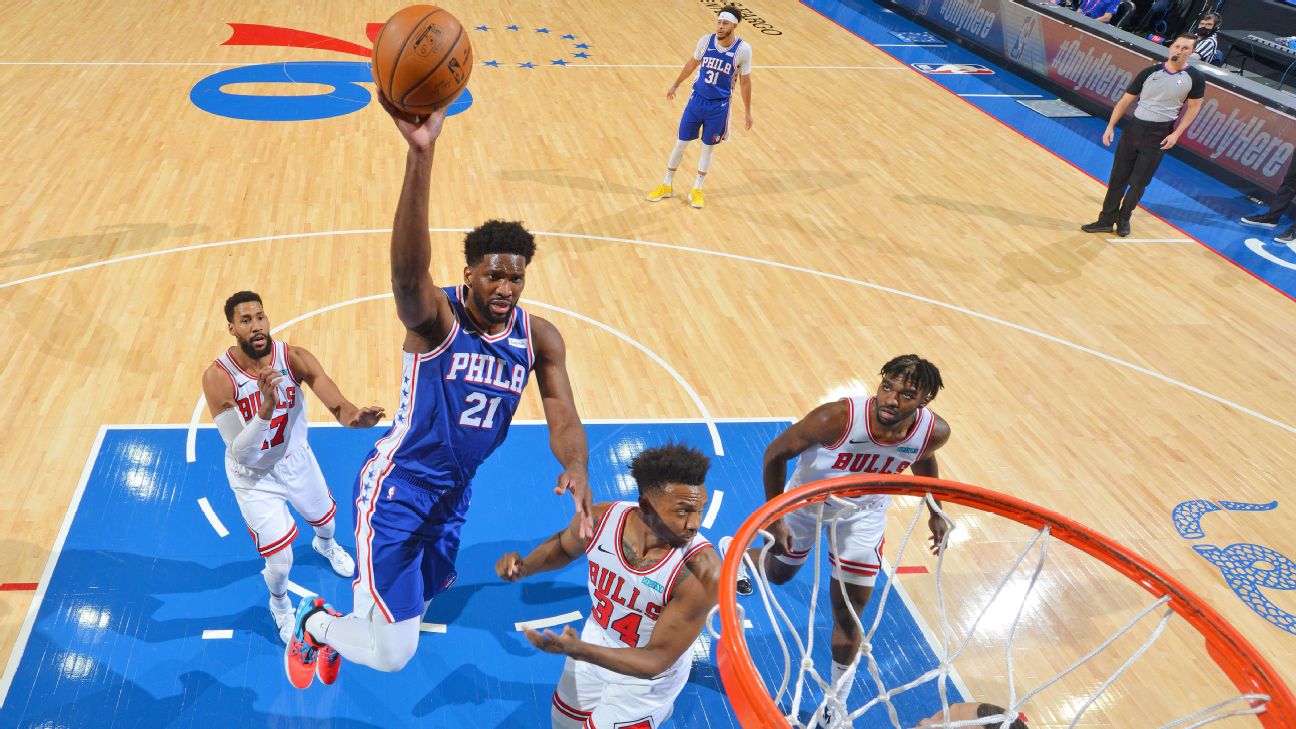 After watching Joel Embiid put together his latest dominant performance for the Philadelphia 76ers -- a career-high 50 points to go with 17 rebounds, 5 assists, 2 steals, 4 blocks and just 2 turnovers in 35 minutes to carry them past the visiting Chicago Bulls on Friday night -- Tobias Harris said he'll never play with someone better in his career.

"I'll tell my kids one day I played with Joel Embiid," Harris said after scoring 22 points himself in the 112-105 victory. "When they'll ask me who is the best player I ever played with, I'll say Joel Embiid. It's an honor to be out there with him on the floor."


Embiid, one of the front-runners for MVP, looked every bit the contender for the award with his play against the Bulls. On a night when Ben Simmons was unavailable for a second straight game due to illness, the Sixers needed all the help they could get from their superstar center. And, as he has so often done this season, he delivered.

After entering the fourth quarter with 37 points and 11 rebounds, Embiid continued his dominance down the stretch -- capped by an absurd, step-back jumper in the corner with 41.3 seconds remaining that pushed Philadelphia's lead to 109-103, officially putting away a Bulls team that managed to hang around all night.

But as Embiid turned and looked into the empty stands inside Wells Fargo Center, he raised his arms aloft with a smile on his face. And while the fans who normally would've showered him with praise remain watching from home due to the COVID-19 pandemic, there was little doubt about Embiid's comfort level not just on this night, but throughout this season in Philadelphia.

"It just feels like the game has slowed down for me," Embiid said when asked why he has been so dominant in a season in which he's now averaging a career-high 30.5 points to go with 11 rebounds and 3.5 assists. "I'll say the only difference this year from last year is not so much about coaching; it's more about me being willing to just dominate every single minute I'm on the floor. Last year, I was going through a rough time; it was just not there. And then also the moves that [new Sixers president of basketball operations Daryl Morey] made, adding all that shooting, is also helping a lot.

"But like I said, it's not about coaching, it's about me turning a corner and being willing to do it every single night on defense and on offense."

The Bulls were the ones on the receiving end of that abuse Friday night. While guard Zach LaVine-- who Embiid said should be an All-Star when reserves are named -- finished with 30 points, he did so while going just 9-for-28 from the field, something multiple Sixers credited to the work Embiid did inside and second-year guard Matisse Thybulle did on the perimeter.


Meanwhile, the Sixers needed every single one of Embiid's points to hold off Chicago thanks to Simmons' absence. Embiid, Harris and Danny Green (13 points) combined to score 85 points between them and were the only Sixers to finish the game in double figures. Embiid set his career high when he split a pair of free throws with 29.1 seconds to go.

He got those 50 points with an assortment of moves that have grown familiar to everyone who has watched him this season: going to the free throw line a ton (he was 15-of-17 on Friday); not settling for 3-pointers (he was 1-for-2, but his attempts are down and he's shooting a career-high percentage); and he was dominant inside the arc (he was 16-for-25).

It's a combination of skills that makes Embiid as versatile of a scorer as anyone in the league, let alone centers. And, in typical fashion, he isn't shy about saying so.

"That's what makes me unguardable," Embiid said of his diverse offensive skills. "If you're going to crowd me, I'm going to find my way to the free throw line or I'm going to end up at the basket. If you back up on me, I've got the hesi -- that hesitation shot -- and my favorite, just pull-up shot. [That's] just an easy shot I always get in the post.

"So it's hard [to stop me] when you've got that much. And also off the dribble just dribbling the ball and just making things happen. I've been adding a lot to my game, and it's been working well."

He added that he hopes the changes he has made to his offensive game will have him better prepared for the challenge of scoring in the playoffs, when teams have typically relied on perimeter scorers to lead the way and when Philadelphia -- outside of when it had Jimmy Butler two years ago -- has typically faltered at that end.


"I'm excited because that's what you need in the playoffs," Embiid said. "Especially when you're going to play a team four to seven times and they're going to game-plan [against you]. Sometimes, you know, I'm going to have to shoot over double-teams. Sometimes I've got to pass it, sometimes I've got to figure that out and play through double- and triple-teams and those types of shots you can't guard.

The win, meanwhile, ensured Rivers would be in charge of Kevin Durant's team in next month's All-Star Game, as Philadelphia clinched having the best record in the Eastern Conference through the end of this weekend's games.

Rivers, though, was less enthusiastic about that than he was Embiid's dominant performance.

"Well, you know, I'll try not to get in trouble," Rivers said with a laugh. "I'm really happy for our team that we're in this position. I think I'm going to stop there. I think that would be wise." 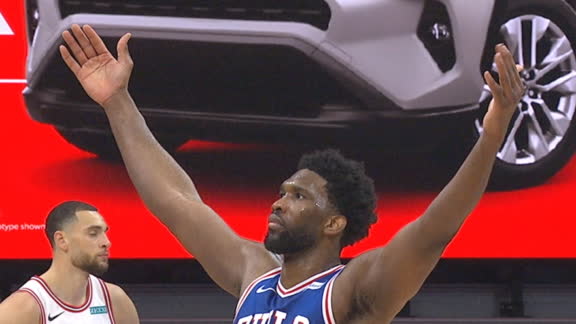