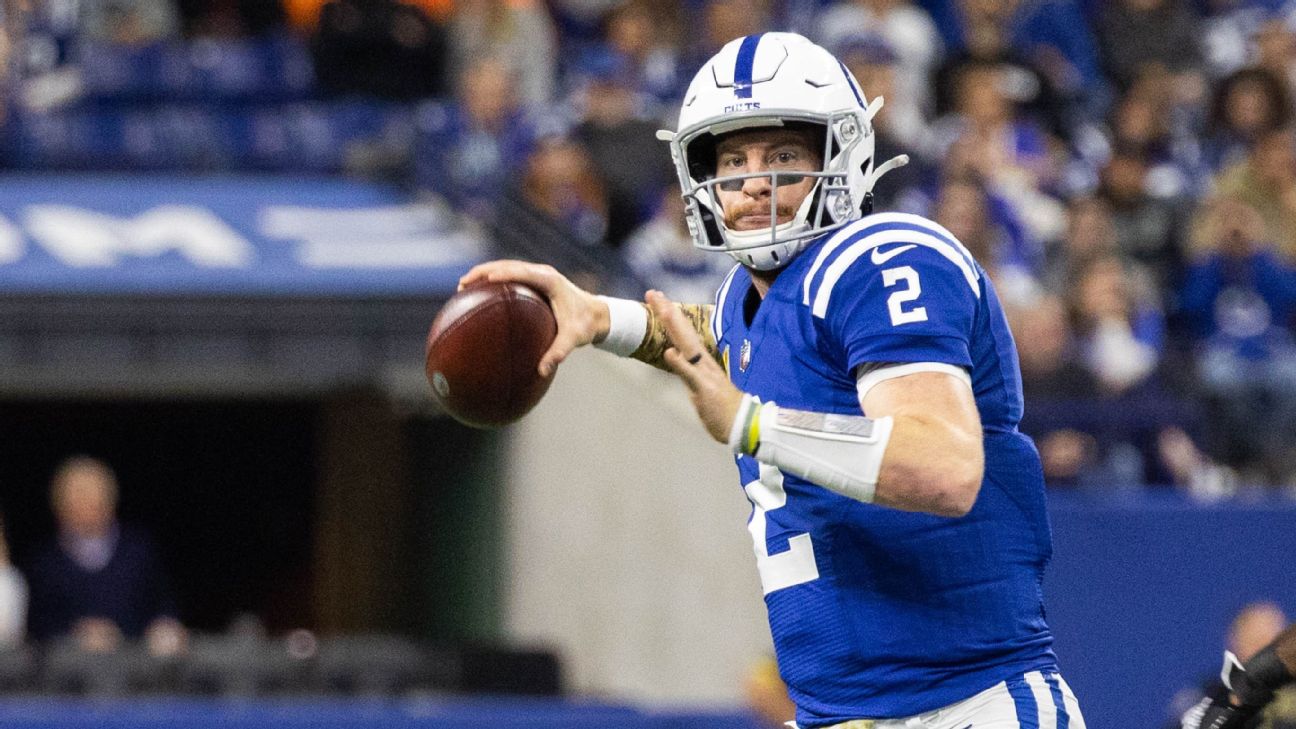 The conditional 2022 draft pick that the Indianapolis Colts sent to the Philadelphia Eagles last offseason for quarterback Carson Wentz could be clinched as a first-rounder Sunday.

The Eagles need Wentz to play 75% of the Colts' offensive snaps this season to turn the pick into a first-round selection in next year's draft, a mark that is on track to hit Sunday in Indianapolis' game against Houston.


The second-round pick could also become a first-rounder if Wentz plays less than 70% of the snaps but the Colts go to the playoffs.

Entering Sunday, Wentz has played 747 of the Colts' 759 offensive snaps this season -- 98%. The Colts average about 63 plays per game, putting them on pace to run about 1,075 plays this season. If the Colts maintain that average over their final five games, Wentz would clear the 75% mark by playing every snap Sunday.