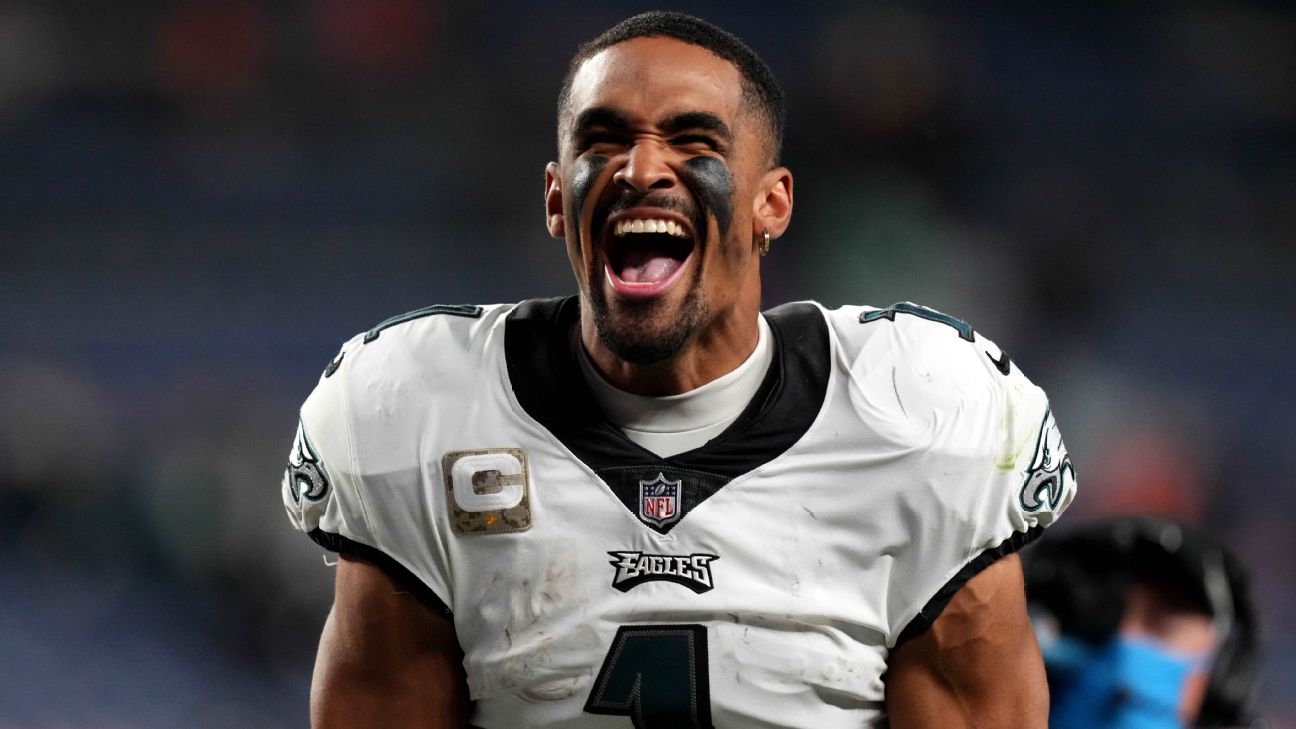 PHILADELPHIA - Eagles quarterback Jalen Hurts is dealing with an ankle sprain but said he'll be "ready to go" this Sunday against the New York Jets.

"You guys obviously know I'm dealing with a little something, but it's business as usual," he said.


Hurts injured his ankle against the New York Giantson Sunday when he got stepped on in the second half. He was noticeably limping late in the game but was able to finish.

Hurts participated in Wednesday's walk-through. Coach Nick Sirianni indicated that backup Gardner Minshew could get some first-team reps this week at practice and that the coaching staff is working through contingency plans should Hurts be limited from a mobility standpoint or unavailable, but he signaled that Hurts was on track to play.

"He's as tough as they get. Obviously, you want that out of your quarterback," Sirianni said. "So, yeah, I mean, in my mind, he's playing, right? Again, like I said, we're hopeful. I think, in his and my mind, we're both saying, 'Yeah, he's going.'"


Hurts is coming off one of the worst games of his career, with three passes intercepted in a 13-7 loss to the Giants.

"I think he's hungry to get out there again and to redeem himself from a performance that wasn't up to his standard," Sirianni said. "That's the competitor in him. That's the football character in him, that he wants to get back and work and get ripping again."
Report a correction or typo
Related topics:
sportsespnnewsnfljalen hurtsphiladelphia eagles
Copyright © 2022 ESPN Internet Ventures. All rights reserved.
TOP STORIES
AccuWeather: Cold Blast Today, Weekend Snow
Supreme Court Justice Stephen Breyer to retire
Eagles' Brandon Brooks announces his retirement
Officer dragged half a mile during Philadelphia traffic stop
CHOP KOP: New pediatric hospital now open
What to know about tensions between Russia, Ukraine
Parents share story of infant's day care abuse to help others
Show More
Remembering Kobe Bryant 2 years after his death
2 seriously injured in multi-vehicle crash in South Jersey
Scientists monitoring new omicron subvariant BA.2
Philadelphia officer says murdered son had big dreams
$5M lottery ticket sold at Bucks County Wawa
More TOP STORIES News