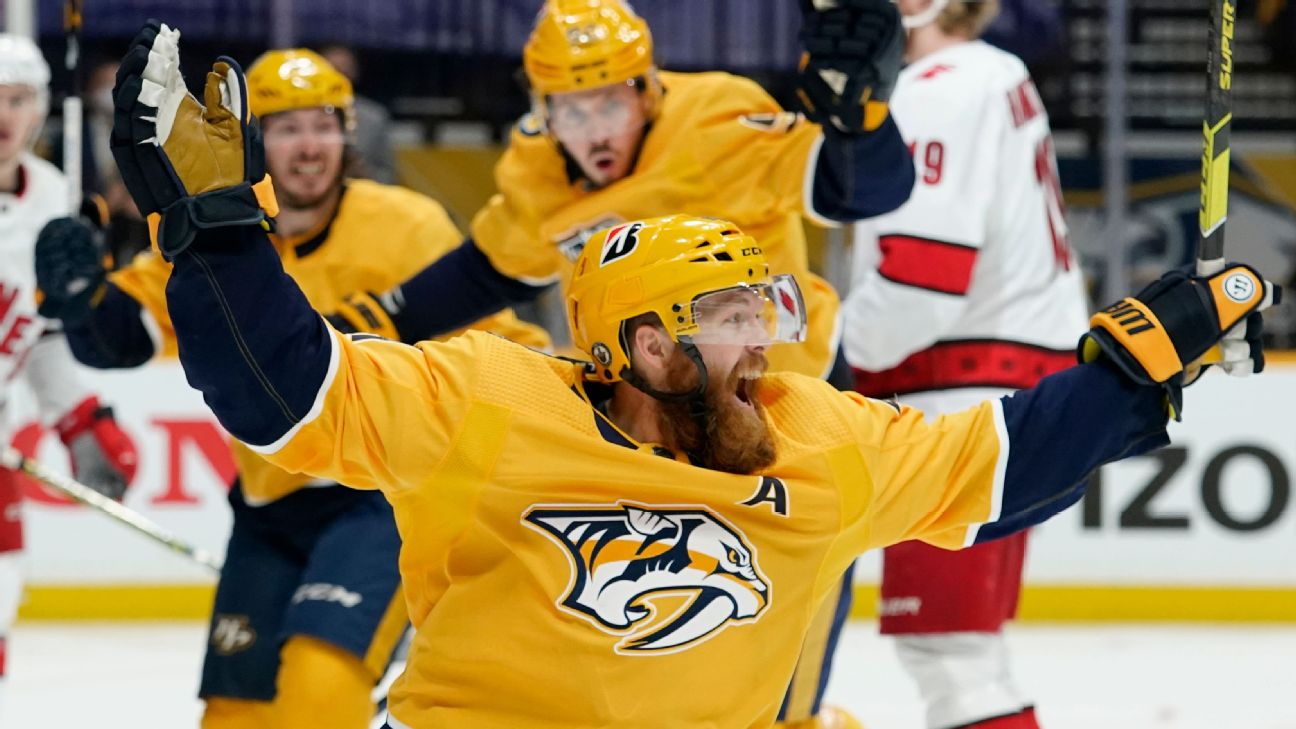 The Philadelphia Flyers, Nashville Predators and Vegas Golden Knights made interconnected trades ahead of Saturday's roster freeze for the Seattle expansion draft.

The Flyers, who missed the postseason this year after advancing to the second round in the playoff bubble last year, traded center Nolan Patrick and defenseman Philippe Myers for defenseman Ryan Ellis of the Nashville Predators, who then sent Patrick to the Vegas Golden Knights for center Cody Glass.


Ellis, 30, spent his entire career with the Predators. He had 18 points in 35 games last season, and has averaged over 23 minutes per game in each of the last four seasons. Ellis, who fills a right defensive need for the Flyers, is signed through 2027 with a $6.25 million cap hit.

By shipping out Patrick, the Flyers will be able to protect an additional forward in the Seattle expansion draft next week. Among the players who could fill that spot are James van Riemsdyk and Nicolas Aube-Kubel.

In trading away Ellis and Victor Arvidsson, who went to the Los Angeles Kings earlier in the month, the Predators have cleared $10.5 million in cap space. In acquiring Glass, 22, the Predators get a player who is exempt from the expansion draft.


Patrick, 22, was the second overall pick in the 2017 NHL Entry Draft. He has 70 points in 197 games, all with the Flyers. He has a connection with Vegas general manager Kelly McCrimmon, who owned the Brandon Wheat Kings of the Western Hockey League, where Patrick played junior hockey.