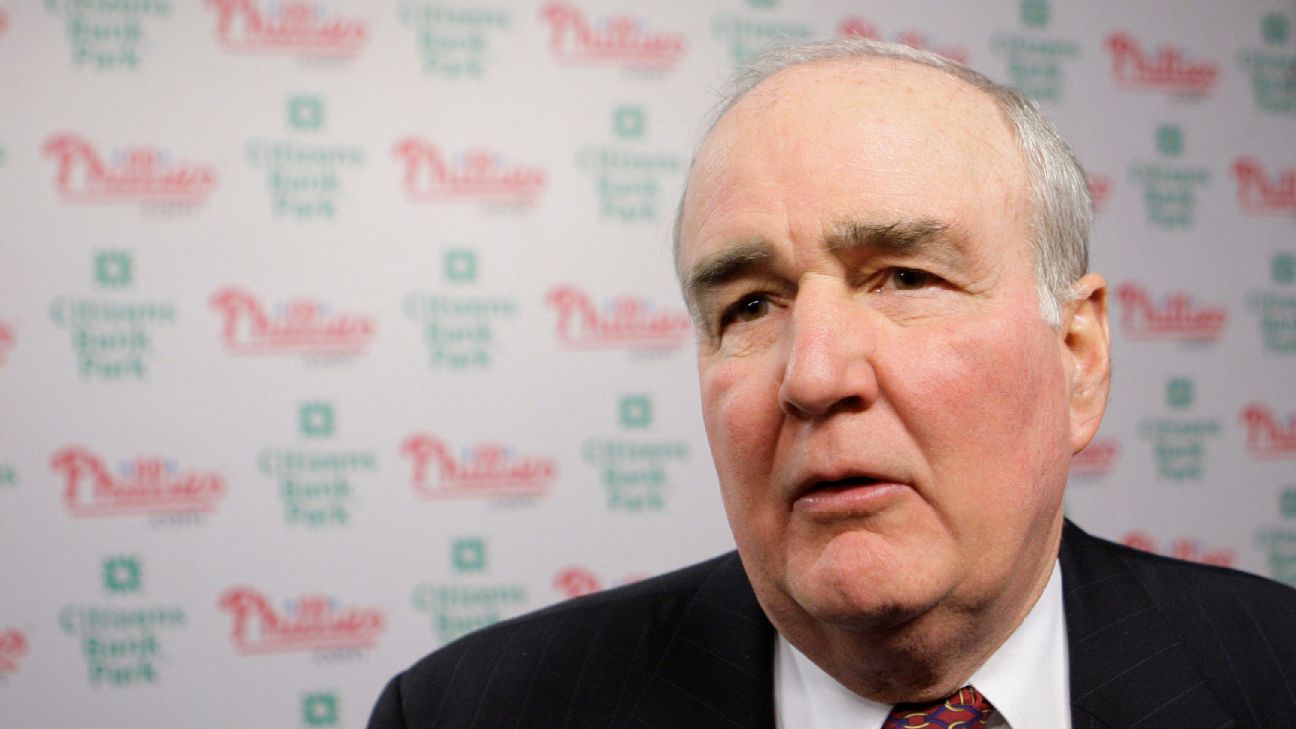 Montgomery had surgery in 2014 for jawbone cancer.

"I am deeply saddened on the passing of my dear friend David Montgomery," MLB commissioner Rob Manfred said in a statement. "David was a first-class representative of his hometown team, the Philadelphia Phillies, for nearly half a century. He never forgot his days as a fan at Connie Mack Stadium, and he carried those lessons to Veterans Stadium and Citizens Bank Park.

"David's approach to running the franchise and serving its fans was to treat everyone like family. He set an outstanding example in Philadelphia and throughout our game. David was one of my mentors in baseball and was universally regarded as an industry expert and leader. In recent years, I marveled at his courage as he battled cancer and through it all his amazing ability to think of others. I will remember David Montgomery as a gentleman and a man of great integrity."

Montgomery began his career with the team in 1971, working in the ticket office and helping to run the scoreboard.He soon became the marketing director and then director of sales.

He became the team's executive vice president after the 1981 season, then became chief operating officer in 1992. He remained in that position until being promoted to general partner, president and chief executive officer in 1997. After returning from his surgery in 2015, he was named chairman.

"David was truly a great man," Phillies chairman emeritus Bill Giles said in a statement. "David was a big reason why the Phillies won 12 division championships, five National League championships and two World Series championships in that time. He was a fierce competitor in everything he did, including his battle to fight his illness. He will be tremendously missed by all who had the pleasure of knowing him."

Montgomery played a leading role in the team's transition from Veterans Stadium to Citizens Bank Park in 2004.

Philadelphia Mayor Jim Kenney on Wednesday said all city flags would be flown at half-staff for a week in memory of Montgomery.

"I join all Philadelphians in mourning the loss of Dave Montgomery, who helped build the Phillies into one of the preeminent sports franchises in the nation" Kenney said in a statement. "Dave was a true local success story. ...

"I had the pleasure of knowing Dave, and I know that in the past few years he fought his health battle with the same vigor and courage with which he ran the team. Dave left his mark not just on the Phillies but on all of Philadelphia, particularly in his countless contributions to our city's youth. My heartfelt condolences go out to his family, his friends, and the millions of Phillies fans who supported the team during his long tenure."

A graduate of the University of Pennsylvania, Montgomery held many posts there, serving as a trustee and as a member of the Board of Overseers of the Annenberg Center for the Performing Arts. He also served on the policy board of the university's member-supported radio station. 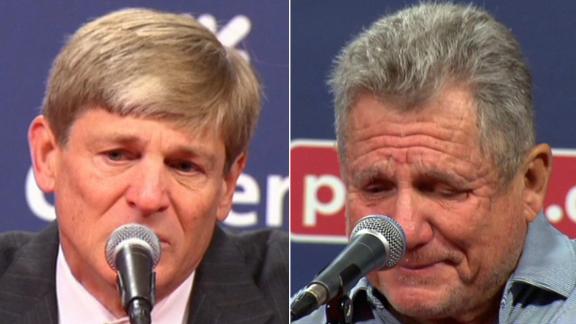