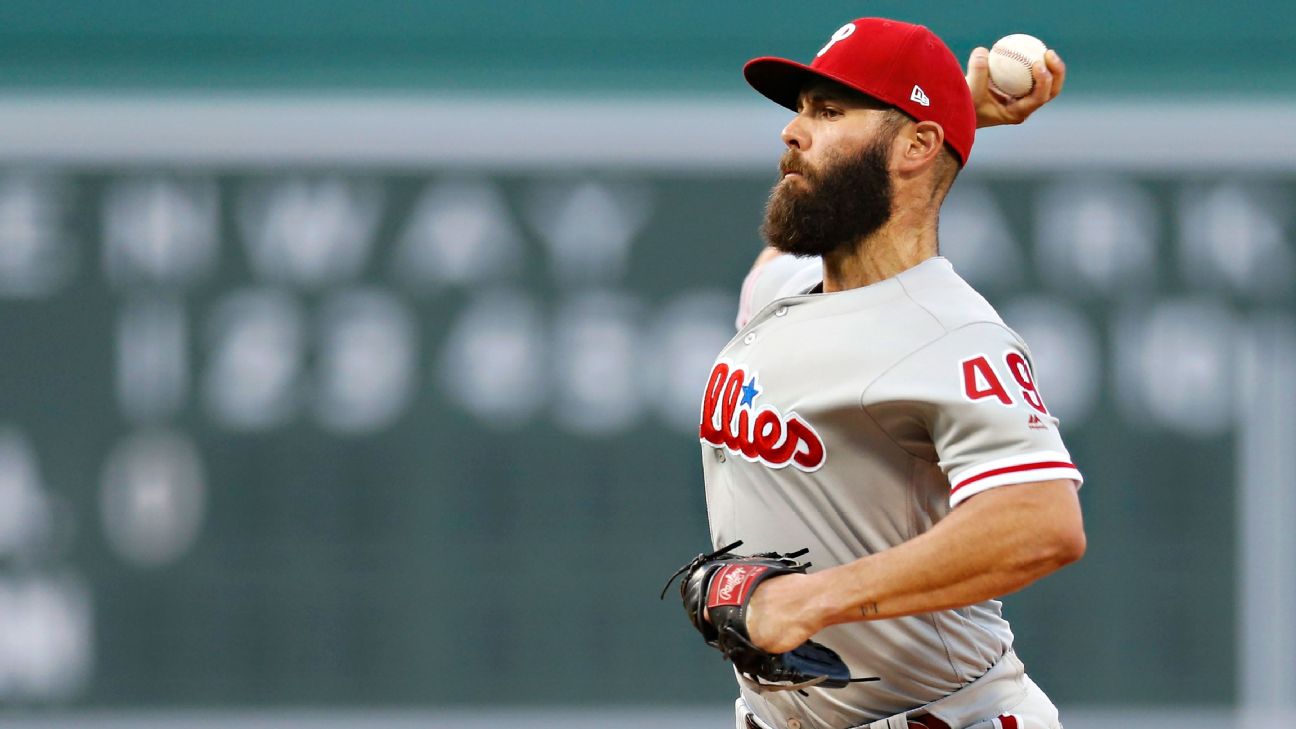 Kapler told reporters that Arrieta had the surgery, which the manager described as "a meniscus cleanup," after injuring his left knee while weight training.

"There were no structural issues," Kapler told reporters, according to Philly.com.

The manager said Arrieta is "right on track" to be ready for the start of the regular season or shortly afterward.

"We may slow several guys down, and we might not come out with our five-man rotation at the start. But it's not going to be due to injury. It's going to be our progression plan," Kapler said, according to Philly.com.

Arrieta, who will turn 33 on March 6, finished 10-11 with a 3.96 ERA last season, his first with the Phillies after signing a three-year, $75 million contract. He wasn't ready for the start of last season because he didn't sign with the team until March 12.
Report a correction or typo
Related topics:
sportsespnmlbknee surgerymeniscusjake arrietaphiladelphia philliesspring training
Copyright © 2021 ESPN Internet Ventures. All rights reserved.
More Videos
From CNN Newsource affiliates
TOP STORIES