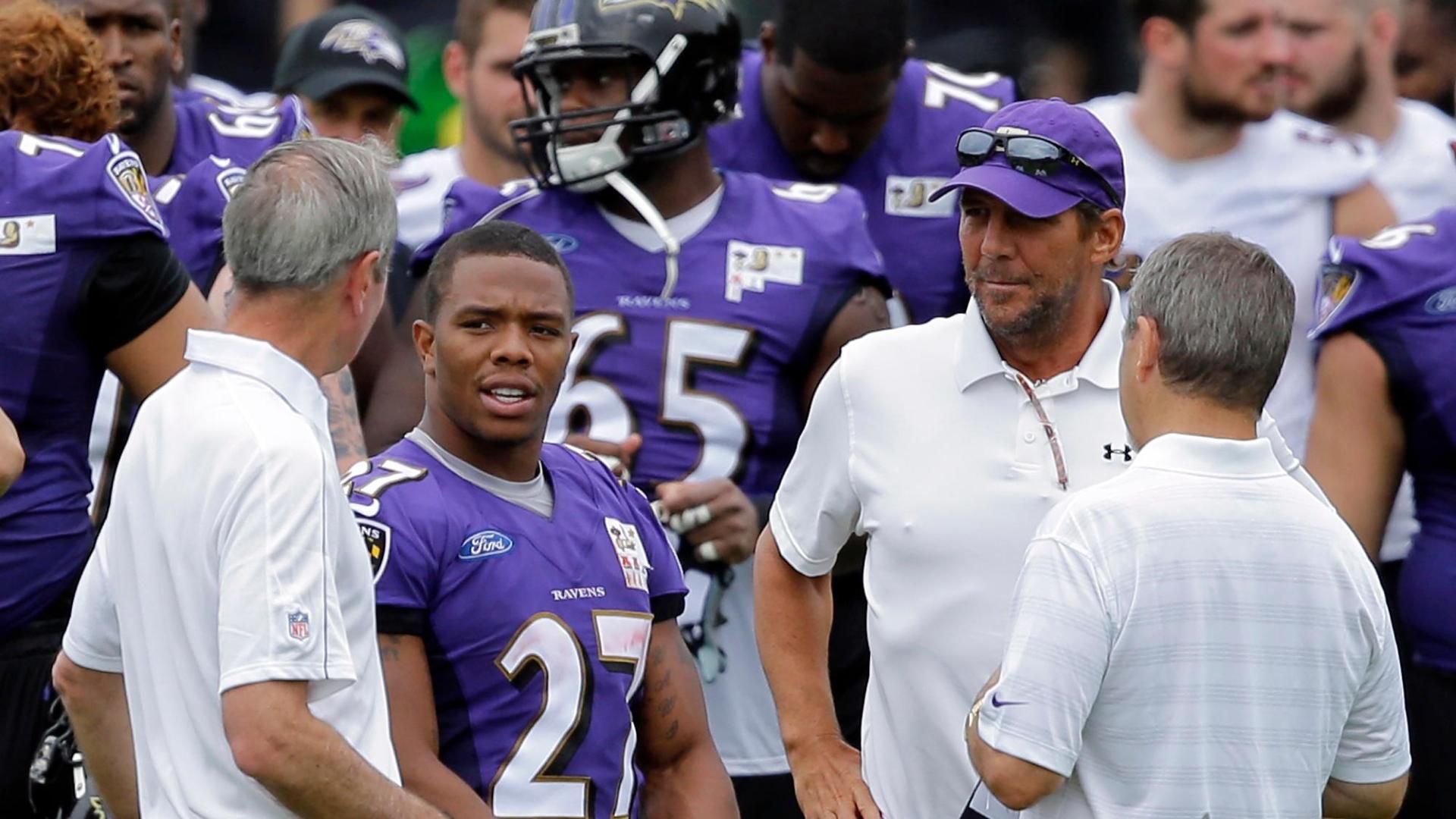 Two years after being abruptly released by the team, Rice spoke to Ravens rookies about life lessons after practice.

"[Rice] delivered an important message that included his story, both the good and the bad," the Ravens said in a statement. "He clearly had the attention of our rookies."

It is believed to be the first time Rice has been at the Ravens facility since an acrimonious split between him and the team.

Rice was cut in September 2014 after a video of him hitting his then-fiancée, Janay, drew widespread attention. The incident occurred inside an elevator at an Atlantic City, New Jersey, casino hotel earlier that year.

In March 2015, Rice received $1.588 million from the Ravens as part of a settlement in his wrongful-termination grievance.

Rice, who has not played for the past two seasons, has repeatedly apologized for his actions. Janay, who is 26 weeks pregnant with their second child, visited the Ravens' facility with Rice on Wednesday.

After releasing Rice, Ravens owner Steve Bisciotti talked about bringing back the running back in a player development role to share his story of redemption.

"I believe in my heart that Ray would be a great addition to us when it comes to trying to steer these guys from young men to grown men," Bisciotti said in September 2014. 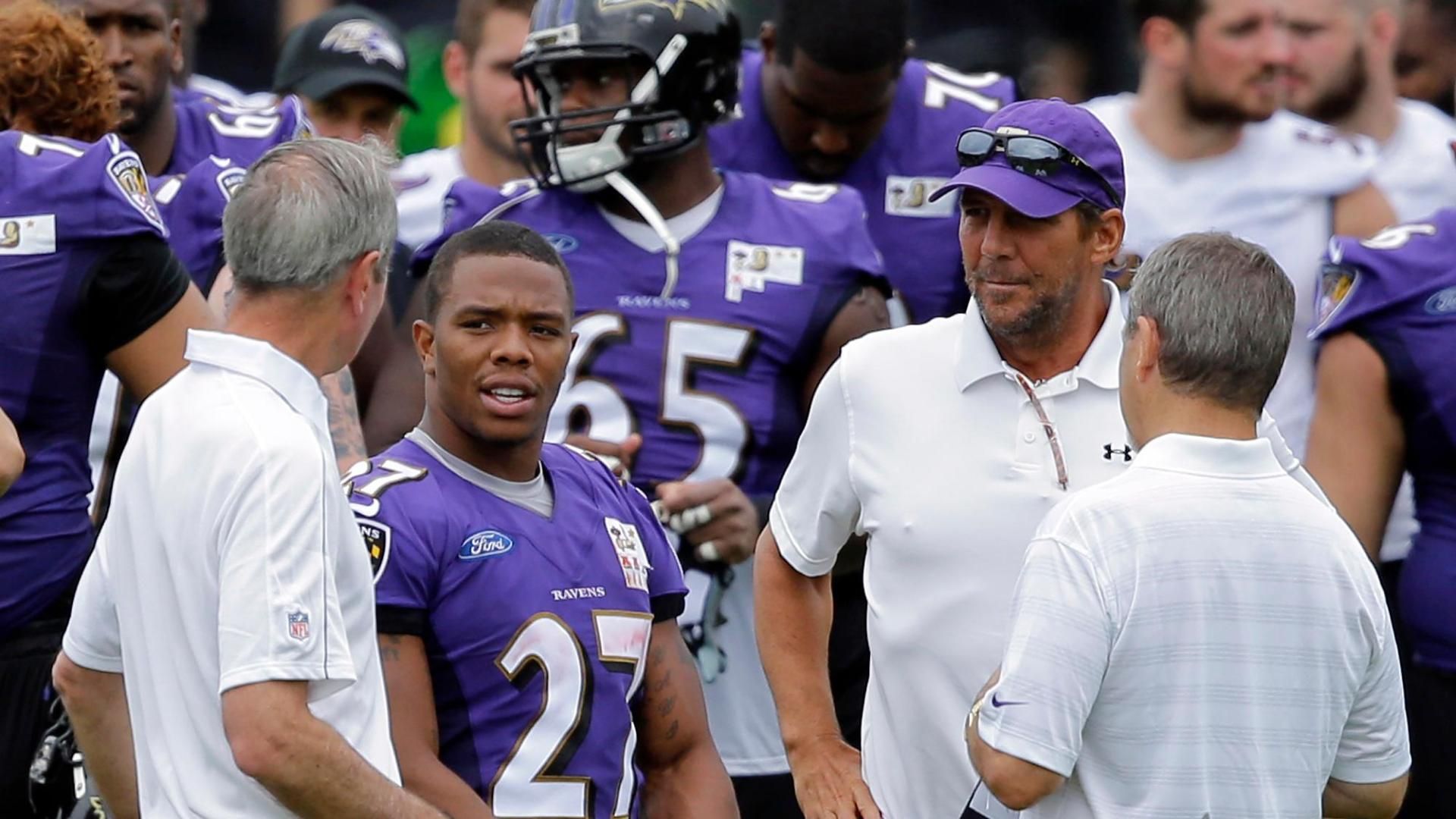