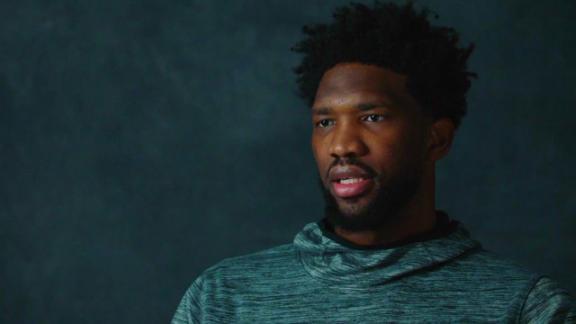 The Philadelphia 76ers will be looking for their 27th victory in 29 home games when they host the Atlanta Hawks on Monday.

But the Sixers may not have All-Star guard Ben Simmons.

Simmons, who sat out Thursday's win over the Brooklyn Nets, left after five minutes in what turned out to be a 119-98 loss on the road to the Milwaukee Bucks on Saturday night.

ESPN.com reported that Simmons will undergo an MRI exam Sunday on his back.

Regardless of who's available, the Sixers need to regain some positive momentum at home, where they feature the best record in the league. They're also allowing only 101.9 points in their 28 home games, almost 10 points fewer than in their road games. Philadelphia is a mind-boggling 9-20 on the road.

"Being locked into the defensive side of it," Sixers head coach Brett Brown told reporters when asked why the team is so solid at home. "Not letting our offense get crippled because of our defensive inadequacies at times on the road."

After Thursday's win over the Nets, All-Star center Joel Embiid called himself "the best player in the world."

But Embiid struggled against the Bucks despite a double-double of 17 points and 11 rebounds. He made just 5 of 18 shots and the Sixers converted only 35 percent of their shots overall.

"We never got in a rhythm," Embiid told reporters. "Losing Ben, then foul trouble, not making shots and some calls that could have gone a different way. But it's on us."

The Hawks have had their share of struggles this season, but they are coming off an impressive 111-107 victory over the Dallas Mavericks on Saturday.

John Collins tied his career-high with 35 points to go along with 17 rebounds and the Hawks made a late push to stun the Mavericks,

Collins is currently the league leader in February with six games of at least 20 points and 10 rebounds.

Trae Young also continued to stay hot with 13 of his 27 points in the fourth quarter, one game after exploding for 50 against the Miami Heat.

Still, the Hawks will travel to Philadelphia with a subpar 17-41 overall record and 6-24 on the road. Yet they're beginning to play at a much higher level and will be searching for their third win in a row when they face the Sixers.

"It feels good for us to come out of the All-Star break with two really, really big games for us against two really good teams," Young said. "Hopefully we can keep this momentum going."