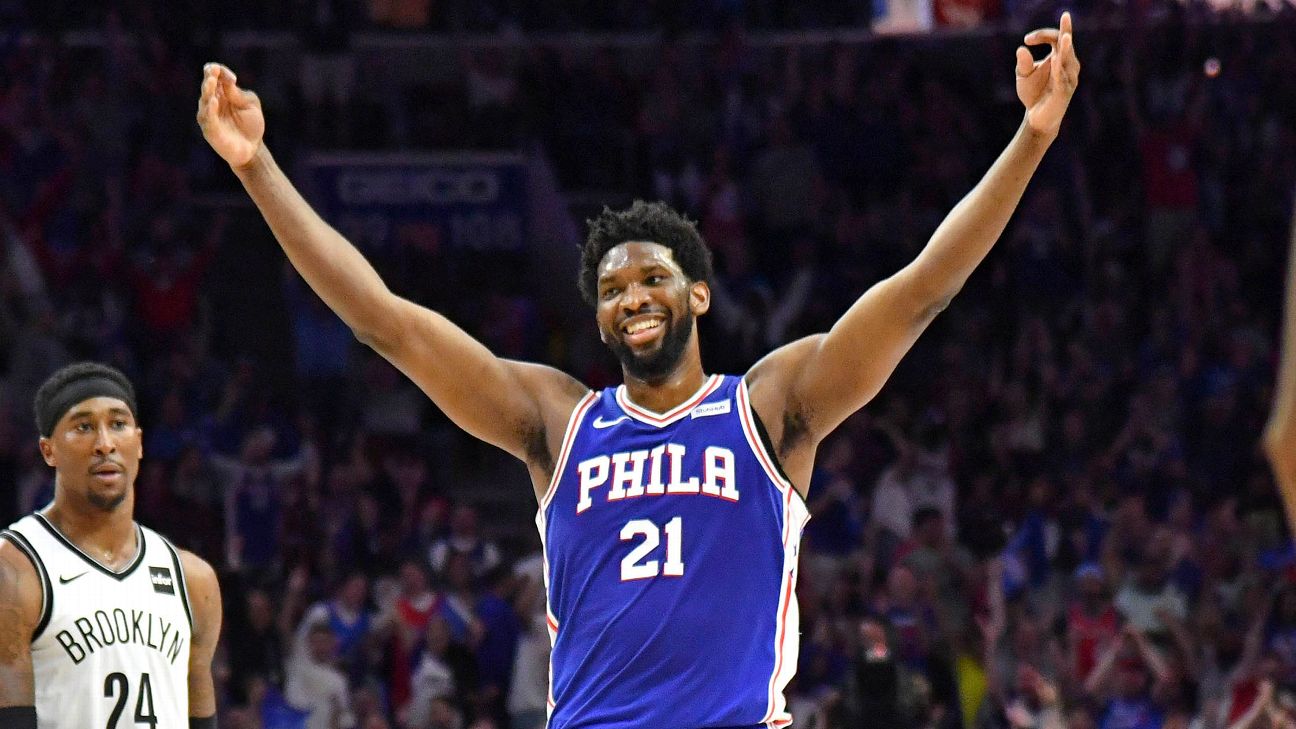 ESPN
By Dave McMenamin
PHILADELPHIA -- The 76ers are headed to the second round of the playoffs, and Brooklyn Nets coach Kenny Atkinson doesn't see their run stopping anytime soon.

"They're going for big things, and I think they can compete for a championship, quite honestly," Atkinson said after Philadelphia beat the Nets 122-100 on Tuesday to win the first-round playoff series 4-1.

After dropping Game 1 at home, Philadelphia reeled off four consecutive victories. With 122 points in Game 5 upping their series total to 612, the Sixers became the first team with at least 600 points in their first five playoff games since the Los Angeles Lakers (600) and Phoenix Suns (618) in the 1989 postseason, according to ESPN Stats & Information.

The Sixers hope to keep those scoring totals up against the Toronto Raptors, who also advanced to the Eastern Conference semifinals on Tuesday by winning their first-round series against the Orlando Magic 4-1.

While the Raptors went 3-1 against the Sixers during the regular season, Philadelphia's collective confidence about what lies ahead echoed Atkinson's claim.

"That's what we think. We think we can win it all," said Joel Embiid, who sat out Game 3 with left knee soreness but averaged 27 points, 14.5 rebounds, 4.5 assists and 3 blocks in Games 4 and 5. "Obviously, it is going to take a lot. You've got some great teams in the league. We're about to play one of them, and then the next one will not be easy, either Milwaukee or Boston, and then you've got the West, which is pretty tough.

"We just have to take one game at a time, but we understand that we've got all the talent that we need, especially to win it all."

Philadelphia found its rhythm on both ends as the series wore on, holding the Nets to sub-40 percent shooting in Games 4 and 5.

Having come into the postseason with only 10 games played with their starting unit of Embiid, Ben Simmons, Jimmy Butler, Tobias Harris and JJ Redick, the group was outstanding in the four games it played together against the Nets, outscoring Brooklyn 141-70 in the 49 minutes it played together, according to NBA.com.

"We have a team that is slowly coming together," Sixers coach Brett Brown said. "They don't have the luxury of lots of games and lots of context to share upon. ... These guys have been great on trying to form a team. And so when you say lofty goals versus reaching the second round, we have more to do. This is good. Beating Brooklyn and advancing to the second round. This is good. And it can't be discredited like ... we still have more to do, a lot more to do."

The Sixers ran out to a 30-6 lead in the first quarter Tuesday and never looked back, leading by as many as 39 points.

Emblematic of the rest of the series, Game 5 didn't go without some chippiness.

With Philadelphia leading 118-91 with less than two minutes to go, Jonah Bolden fouled Rodions Kurucs. The Nets forward took exception to the contact and shoved Bolden. Then Greg Monroe of the Sixers and Dzanan Musa of the Nets got some pushes in. After an official review, all four players were ejected.

This followed Embiid's picking up two flagrant fouls earlier in the series and ejections to Butler and the Nets' Jared Dudley in Game 4.

"I think it's just the playoffs, and I think that brings the best out of good players," Simmons said. "I think everybody's kind of on that same wave mindset to where we're trying to win a championship. Trying to get on the same page with that." 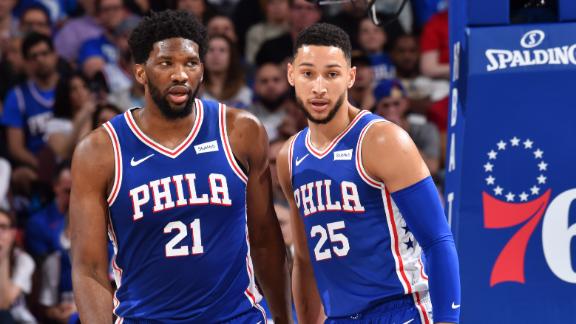