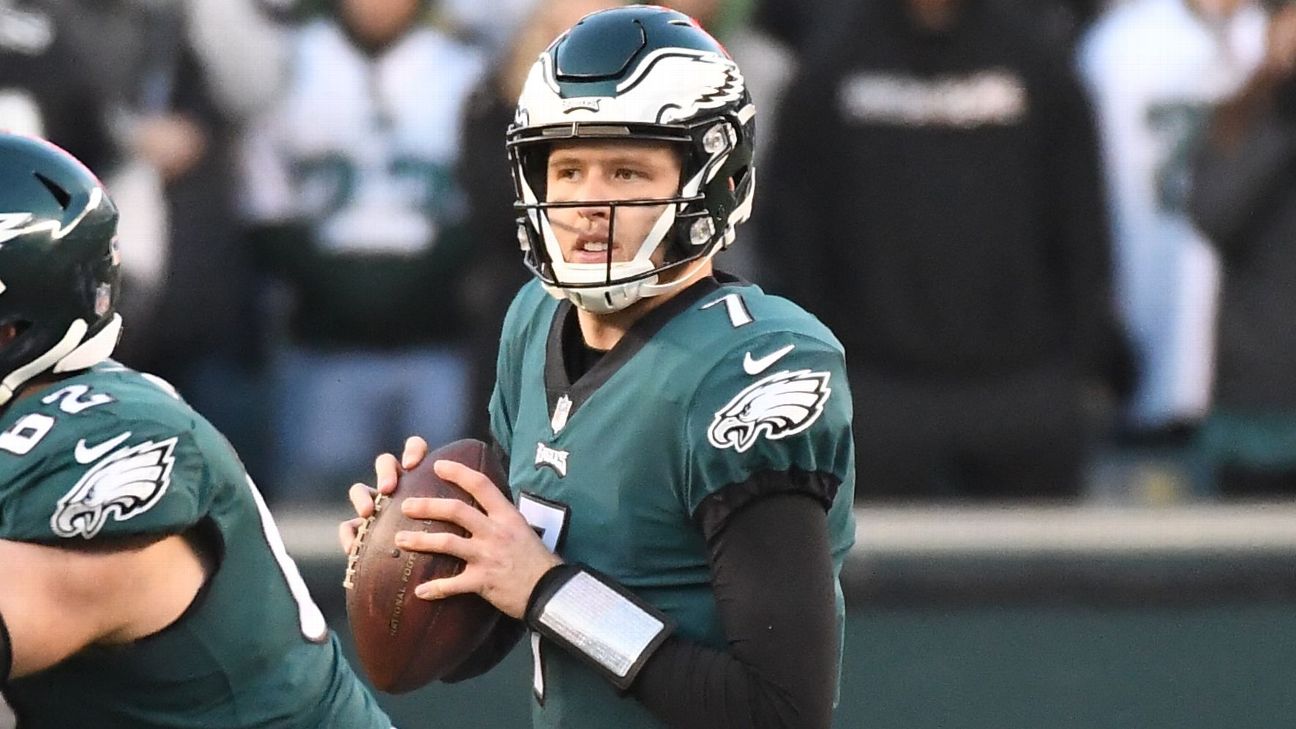 Philadelphia Eagles quarterback Nate Sudfeld is expected to be out six weeks after undergoing surgery to repair a broken bone above his left wrist, a source told ESPN's Adam Schefter.

The injury occurred late in the first half as Sudfeld braced himself while falling to the ground as he was hit by defensive tackle Isaiah Mack and linebacker LaTroy Lewis. Mack was whistled for roughing the passer on the play.

Sudfeld is the team's No. 2 quarterback behind Carson Wentz, who has suffered season-ending injuries in back-to-back years.

Cody Kessler, who replaced Sudfeld on Thursday, and rookie Clayton Thorson are the other quarterbacks currently on the Eagles' roster.

A former sixth-round pick out of Indiana, Sudfeld connected with Marken Michel for a 75-yard touchdown prior to getting hurt and finished 10-of-18 for 177 yards.

Information from ESPN's Tim McManus was used in this report. 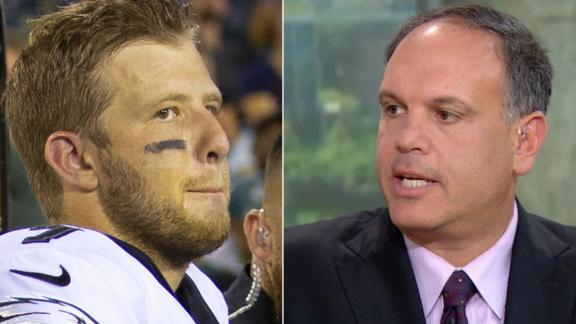 Tannenbaum: Hoyer could be viable option for Eagles
With Eagles backup QB Nate Sudfeld fracturing his non-throwing wrist, Mike Tannenbaum says that Patriots' backup Brian Hoyer could be an option to replace him.