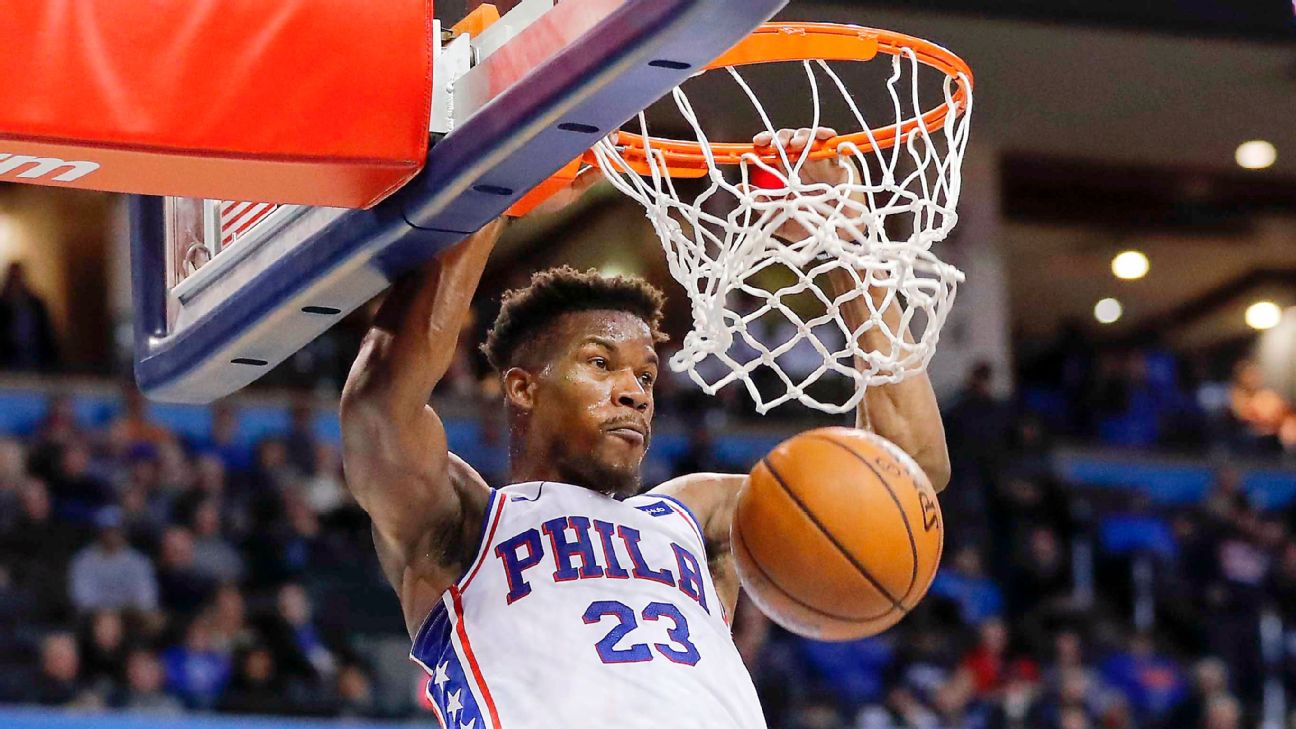 Once free agency starts on Sunday, the Rockets are planning to recruit Jimmy Butler to push the Philadelphia 76ers for a sign-and-trade deal that would allow the All-Star forward to join James Harden and Chris Paulin Houston, league sources tell ESPN.

The Rockets don't have the salary-cap space to sign Butler, so they'd need the threat of the Sixers losing him for nothing to a team with the available room to motivate Philadelphia to make a trade.The Rockets also would potentially need to make this a multiteam deal to satisfy the rules of base-year compensation that would cover Butler's outgoing salary.

The Sixers plan to be aggressive in signing Butler to a new deal, sources said, and they could blunt a Rockets push with a full five-year, $190 million offer at the start of free agency on Sunday night. The Sixers could offer Butler a four-year, $146.5 million deal, too.

Butler would be eligible to sign a four-year, $140 million contract on the way to the Rockets, but Houston likely would need to include two of these players -- center Clint Capela,guard Eric Gordonand power forwardP.J. Tucker-- to make the financial deal work, sources said.

Sources tell ESPN that the Rockets are offering the three playersindividually to teams with cap space to absorb salary, trying to acquire the best available first-round draft pick for any of those three, and hoping to redirect the pick to the 76ers in pursuit of a Butler sign-and-trade.

The 76ers are facing a free agency that includes Butler, Tobias Harris and JJ Redick. They're expected to make a significant four- or five-year offer to keep Butler, whom they acquired in a trade with Minnesota for Dario Saric and Robert Covington in November.

The Rockets offered Minnesota four future first-round picks for Butler before the Timberwolves agreed to the trade with Philadelphia, league sources said.

In a potential trade with Houston, the 76ers could turn Butler into a large trade exception and redirect the Rockets' assets to additional teams.

If the Sixers were to lose Butler in free agency -- and were in position to keep Harris and Redick -- it is possible they could simply want the payroll flexibility and dismiss the potential idea of a sign-and-trade scenario for Butler. 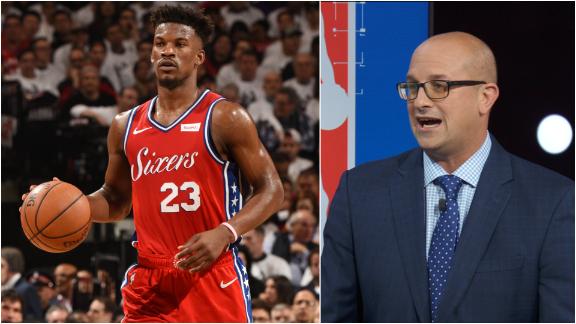 Marks: Rockets 'have to recruit a 3rd team' to afford Butler
Bobby Marks explains why the Rockets would need a third team to get involved in a sign-and-trade deal for Jimmy Butler. 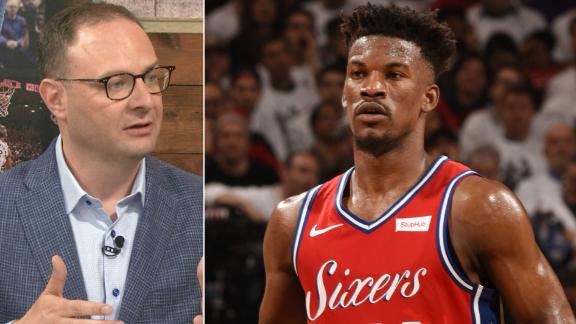 Woj: 76ers aren't interested in letting Butler walk
Adrian Wojnarowski looks into the Rockets' interest in a sign-and-trade for Jimmy Butler and the 76ers' intentions to still sign him to a deal. 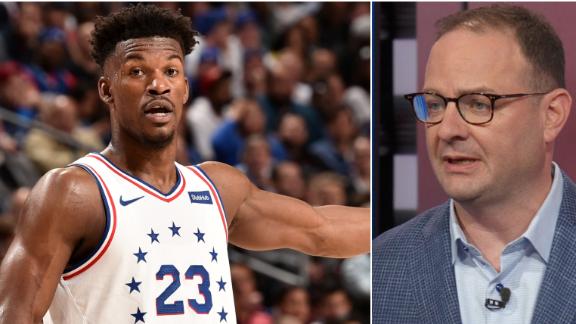